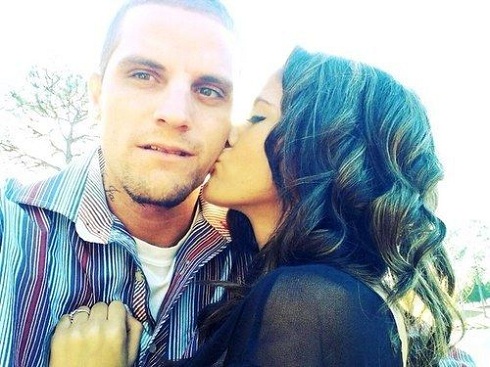 Jenelle Evans and her husband have been back together for a few weeks now but their troubled past has been haunting them. Prior to their January split, Jenelle had filed charges of assault against Courtland. Arrest warrants detailed what sounded to be four separate attacks on Jenelle and while Courtland denies ever hitting her, he’s having to face the consequences.

Although Jenelle has dropped the charges, the state has picked them up due to the intensity of the alleged attacks.

“Jenelle already dropped the charges, but due to the severity of her claims the state has now picked them up and is going to get to the bottom of this,” a source close to the situation reveals to Radar Online. “Falsifying charges is a big issue.”

On April 8, Courtland and Jenelle will appear in court to address the four charges of assault on a female and one charge of battery on an unborn child. At the time of the most recent alleged assault, Jenelle was pregnant with what would have been their first child. Unfortunately, she lost the baby just days after the fight.

Testifying on Courtland’s behalf are his parents Carson and Holley. “They are going to stick by the fact that he did not beat Jenelle because they were there with him that night,” the source says.”There was an argument, but not a physical fight. The papers she took out on him are false and that will be stated on the stand by both Carson and Holley.”