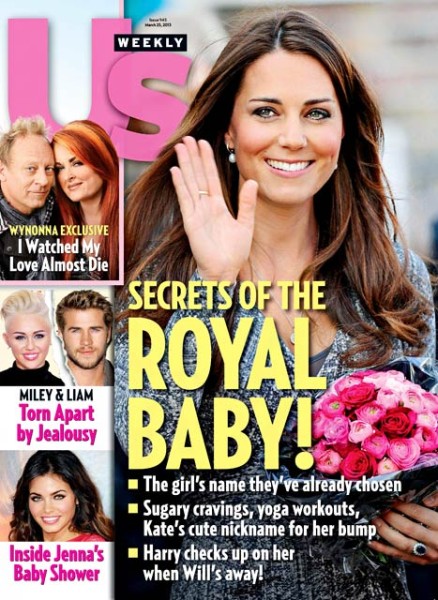 A few months shy of her July due date, the Duchess of Cambridge is well along in her first pregnancy — and is experiencing some of the typical late-term cravings!

“She’s got sugar on the brain,” an inside source told Us Weekly. “Chocolates, biscuits, cake. When she sneaks off to a nearby Starbucks for a decaf coffee, she’ll often pick up a baked good.”

A fan of fitness, Kate has been sure to balance her diet with exercise. Although she has scaled back her workout running routine, the Duchess takes regular walks with her dog and hired a private yoga instructor to help her with pregnancy-friendly poses.

Even though she had a rough start to her pregnancy, a royal source told E! News that Kate feels great now.

“She’s continuing to feel much better as time goes on. Naturally, she’s very excited about being a mum.” 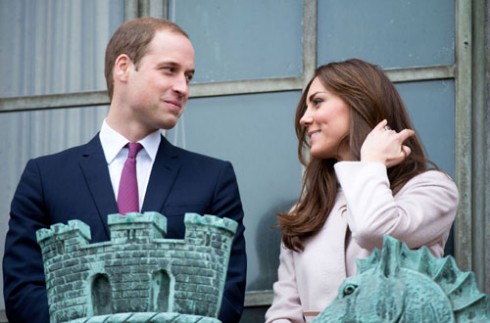 William and Kate have also had fun picking out potential names for their baby. Although the royal couple has decided to keep the baby’s sex a secret, Us Weekly writes they’ve settled on a girl’s name. If the baby is indeed a girl, Queen Elizabeth II recently issued a formal decree that her great-granddaughter will be called “princess.” For all of us non-Brits who aren’t so familiar with royal tradition, this is a big deal because the former policy was the call a first-born daughter “lady.”

Regardless of whether the baby is a boy or girl, the name selected will likely be quite traditional.

“You have to remember they are naming the future king or queen,” explained Victoria Arbiter, ABC’s royals contributor, to E! News. “So you won’t want to see something silly, like Queen Suri, which would be fine if you are playing dress-up but it is not quite appropriate for when you are the queen of 16 nations. They are going to be very careful when naming their child, so we will see something traditional.”

Running odds in British gambling houses show the statistical favorites are “Elizabeth” for a girl and “John” or “Charles” for a boy. Polls also show most people would like “Diana” integrated into a girl’s name in honor of Prince William’s late mother.

Although the name is likely to stay a secret until the birth, Us Weekly revealed that William and Kate have taken to calling the baby “Our Little Grape.”