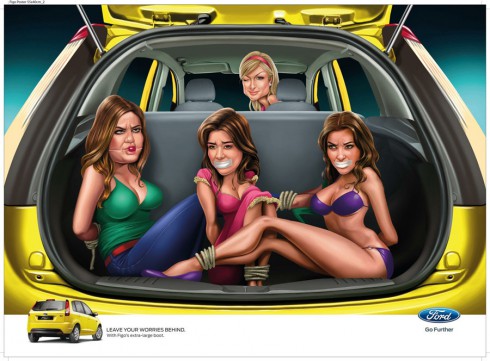 For years, Paris Hilton has held a not-so-secret grudge against her former friend Kim Kardashian. Ford Motor Company even picked up on the animosity in a recently leaked ad that depicted Hilton kidnapping the three Kardashian sisters. So, when TMZ recorded Hilton talking about the unauthorized image last week, the biggest surprise wasn’t that she thinks the ad is “stupid,” but that she still considers the Kardashians to be friends!

Back in the day, Hilton was rarely pictured hitting up the clubs without Kardashian by her side. The former preschool classmates were seemingly inseparable, although it was clear that Hilton was the alpha dog. As Hollywood’s reigning celebutante in 2006, Hilton and her exploits were documented in nearly every tabloid. Meanwhile, the Kardashians were prepping themselves for fame. 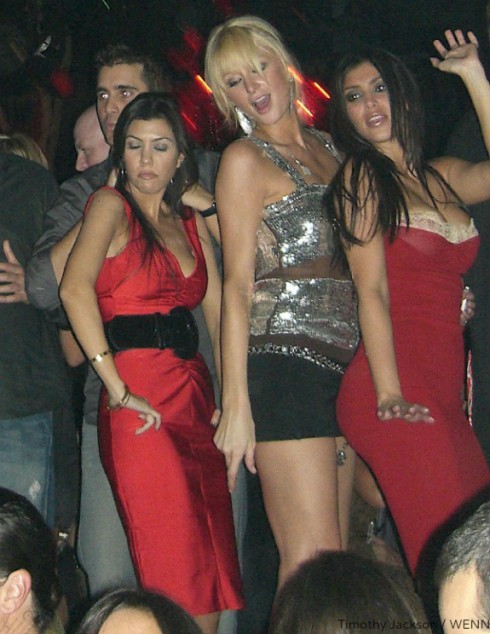 To understand how the Kardashians became so commercially successful, it’s necessary to consider the Paris Hilton model of famous-for-being famous. Back in 2003, shortly before The Simple Life premiered, an unauthorized 2001 sex tape of Hilton was released. As they say, no publicity is bad publicity. Hilton’s show was an instant hit.

Fast-forward to February 2007: A 2003 sex tape of Kardashian was leaked. Eight months later, Keeping Up With the Kardashians premiered. That same year, Us Weekly proudly announced a “100% Paris Free” issue. Kardashian was officially the new celebutante on the block. 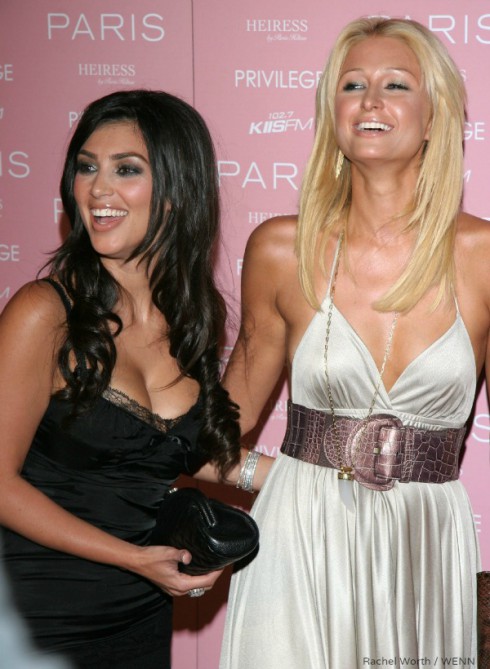 Within a year of Keeping Up With the Kardashians debut, Hilton and Kardashian were exchanging public jabs. In April, Hilton told a Vegas radio host she would prefer Jessica Simpson’s bust over Kardashian’s bum: “I would not want [Kim’s butt] — it’s gross! It reminds me of cottage cheese inside a big trash bag.”

Hilton later offered a weak apology, which Kardashian publicly accepted. No one was convinced.

In 2010, Hilton and Kardashian were both at a Vegas event. According to E! News, Kardashian grabbed the mic after the DJ played Hilton’s flop single and said, “Now let’s hear some real music!”

After the public diss, an inside source told Us Weekly that the cat fight was all due to Hilton’s envy.

“Paris is upset at Kim — but it’s 100 percent jealousy,” the source said. “Kim is not only doing what Paris did, she’s doing it better, and everyone loves her.”

In the time since then, the feud has died down. Hilton even said she was “really happy” to hear Kardashian is expecting a baby with Kanye West… Then again, maybe it’s just because Hilton senses the chance at a personal resurgence!

Do you believe that Hilton and Kardashian have really buried the hatchet?