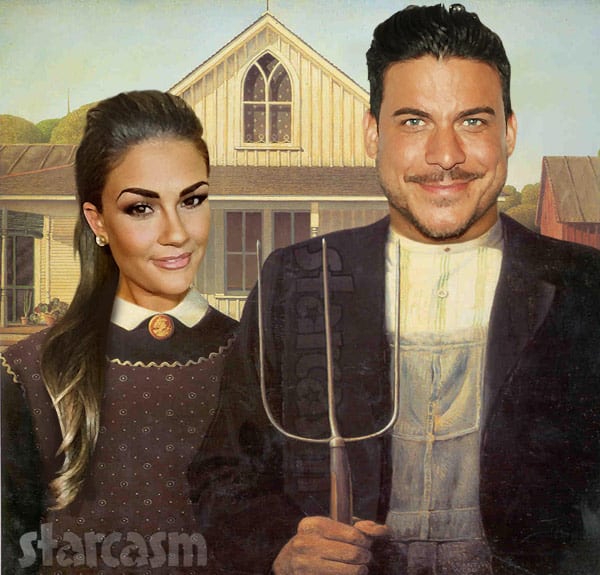 The Real Housewives of Beverly Hills is going to be a grandma! The show gave birth to the very popular Vanderpump Rules spinoff series back in January of 2013, and now Vanderpump Rules is currently expecting its own spin-off series starring the jawesome Jax Taylor and his girlfriend, Brittany Cartwright.

Radar Online broke the news of the new spin-off after a “a source very close to production” for Pump Rules revealed that the duo “inked a HUGE deal for their own spinoff.”

As fans of the catty show would have surely assumed, some of the other Pump Rules stars aren’t exactly thrilled about the announcement. “With fame comes jealousy, so there are definitely some cast members that are bothered by this,” Radar’s source spills. “But for the most part they are all really happy for Jax because they know that they will get to be on two shows instead of just one now.”

The source didn’t have any details about what the concept of the Jax Taylor and Brittany Cartwright spinoff series will be, but I think it is pretty easy to make an educated guess given their recent social media posts from a farm in Brittany’s home state of Kentucky. I assume the series will be a gender-bending take on Green Acres with the focus being Jax’s adjustment to life on the farm — an adjustment that appears to be going VERY well!

Here’s a photo of Jax just chillin’ at the horse stable: 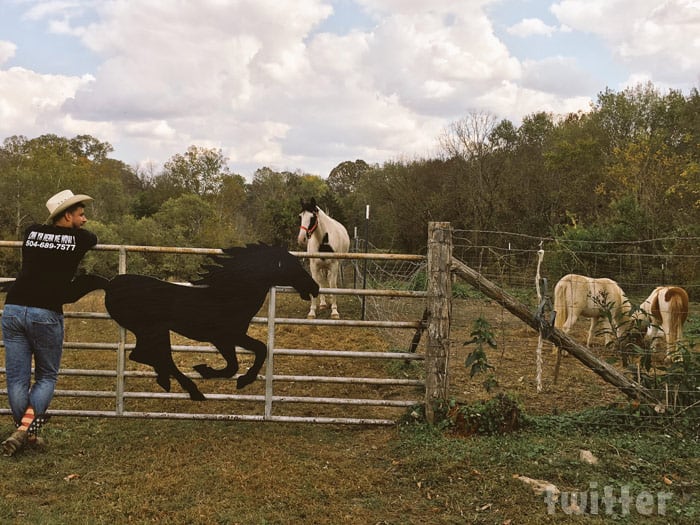 UPDATE – Jax seemed to confirm that he and Brittany are currently filming for Bravo in Winchester, Kentucky by sharing this photo of a newspaper article about it:

.@BNCartwright they found us and our boy zombie made the news!! pic.twitter.com/qtDk8X0dhB

I should point out that Radar never specified if the new spinoff series is with Bravo or not — although it would be quite a surprise if it were on another network.

Here are a few more photos and a video of Jax and Brittany soaking up the farm life in Kentucky:

Nap time after the chores are done on the farm. ?????? #farmlife #kentucky #farmerjax pic.twitter.com/GTWHSf8xkv

It feels so good to be home on the farm! This is our baby Delilah, who needs a bath. lol #Kentucky ? #JaxAndBrittany

Time to chop down these dead trees so they won't hurt the cattle. ? #happycows #farmerjax #kentucky pic.twitter.com/mo6i1Oew6T

The boys trying to beat Kingsley!! ??? #Kentucky those are the cows in the background FYI ? pic.twitter.com/irgqJwgZvf

Jax is most certainly a divisive reality star, but the combination of passionate fans and passionate detractors is usually a winning formula in the industry. That being said, will you be tuning in to see Jax and Britt?