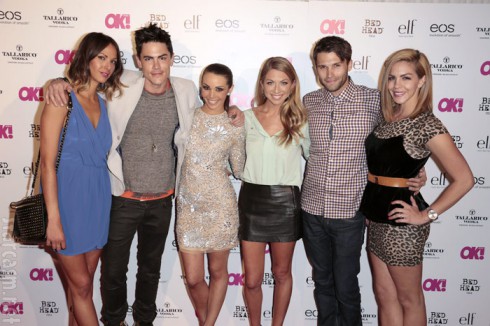 Vanderpump Rules was just renewed for a second season and last night the crew reunited on the red carpet at OK! Magazine‘s “So Sexy” party. Kristen Doute, Tom Sandoval, Stassi Schroeder, Kate Maloney, Tom Schwartz, and Scheana Marie were all in attendance for the Brandi Glanville hosted event in Los Angeles.

Noticeably absent from the group (at least as far as the photos went) was Stassi’s on-again, off-again boyfriend Jax Taylor. Jax tweeted yesterday that he was looking forward to the event, so whatever the reason was for his absence was, it must have been last minute. 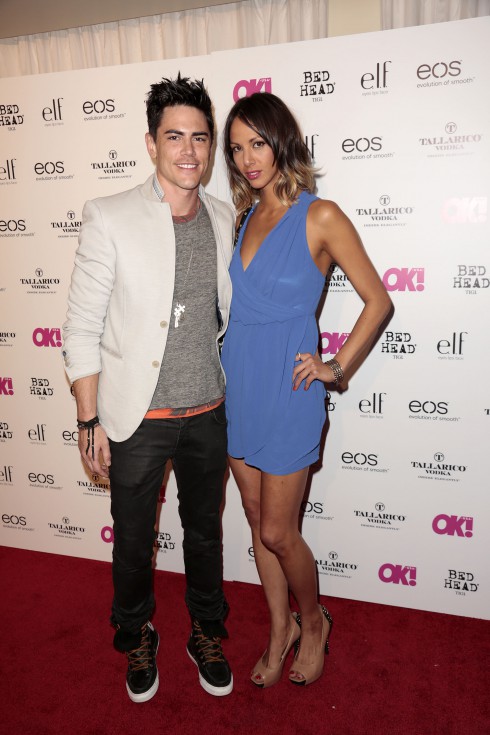 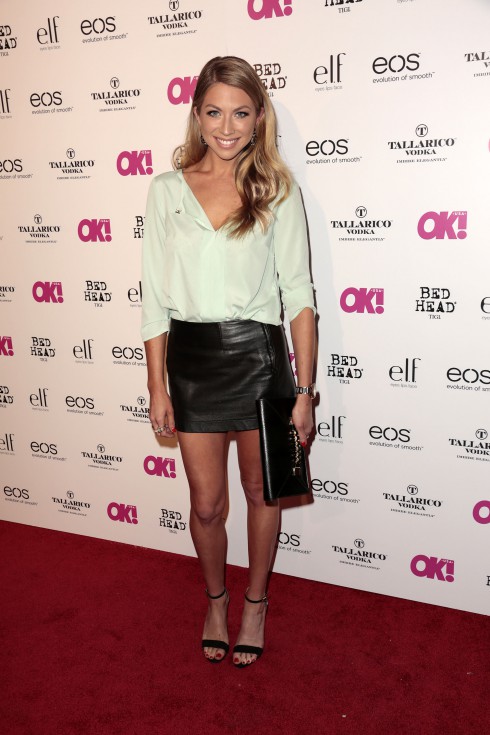 The rest of the gang posed for photos, most of them with their significant others. When we last saw the cast during season 1, Stassi and Jax were on the outs. While they haven’t confirmed yet that they are back together, the two have been spending a lot of time together. They even recently vacationed in Palm Springs. 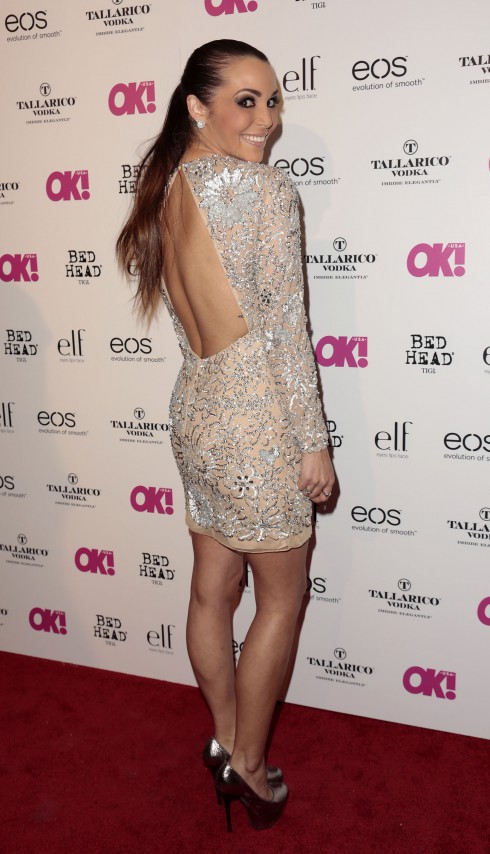 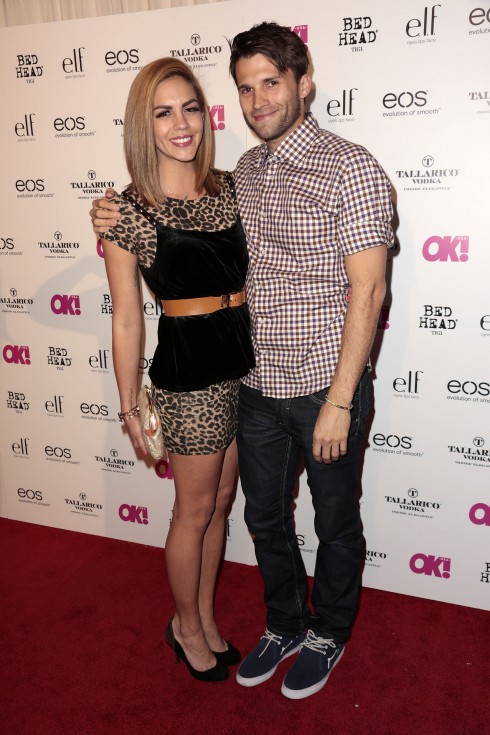 During a recent interview, Jax opened up about his relationship with Stassi telling Wetpaint, “Everything’s good. We’re really happy right now. We’re taking a lot of vacations together, spending a lot of time together. I’m spending a lot of money! I have a lot of making up to do.”

“I’m not the first guy in the world to make the mistake that I made, to cheat, but unfortunately I’m on TV, so I’m looked at,” explained Jax. “Shame on me, yes. I had my reasoning, it wasn’t the best reasoning in the world — what can I say? I made a mistake. But it’s been 10 months and I’ve been doing everything I can to try to win her back. She’s worth it.”

Sounds like we’ll have to wait until season 2 to see if these two are officially back together. As for the rest of the cast, all of the couples are still very happily together. 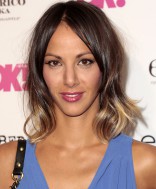 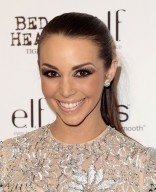