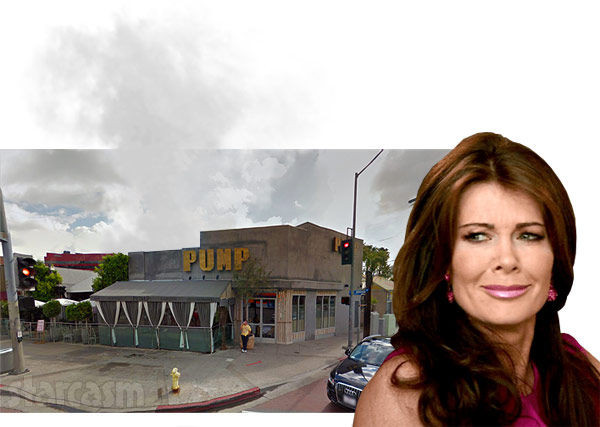 There was a collective gasp in the Bravosphere earlier today when TMZ shared a story title “Lisa Vanderpump Famous Restaurant Catches Fire” with claims that the setting for the Vanderpump Rules reality series had a kitchen fire. However, RHOBH OG Lisa Vanderpump was quick to put out the fire started by TMZ by revealing that the situation was a lot less dire than the site reported.

“Hope the fire at Pump ends up being something small,” a concerned Twitter user wrote. Lisa responded by tweeting, “No fire at PUMP. Thank you tho.” She then clarified that it was just “some smoke from a broiler overheating” before sharing her appreciation to the responders. “Thank you to the fire department for your quick response.”

Lisa later replied to TMZ directly with her usual candor and wit: “@TMZ I told you don’t believe the adage where there’s smoke there’s fire…. No fire,chief already left.” She then tacked on, “Go put some other fires out.”

In case you missed it, Lisa Vanderpump is no stranger to fires as her former Beverly Hills mansion famously caught fire in 2012.

Meanwhile, the too-hot broiler doesn’t look to have caused any major problems as PUMP is reportedly still taking reservations for this evening.

Hills Housewife Lisa Vander-pumps up the jam with Lionel Richie

How Kyle Richards’ Kyle by Alene Too clothing store came about