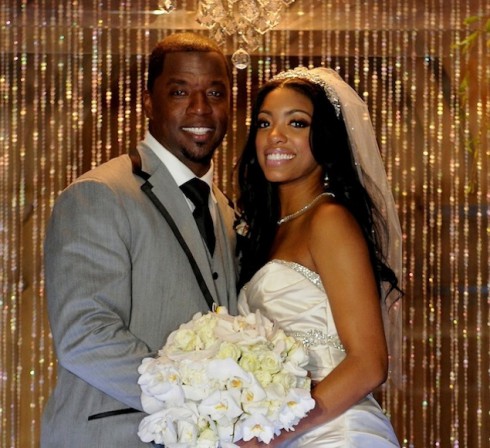 As we recently reported, former NFL quarterback Kordell Stewart filed for divorce from his wife of less than two years, Real Housewives of Atlanta star, Porsha Stewart, on March 22nd.  Yesterday, March 29th, the reality star filed back with her own list of divorce demands.

Porsha filed court documents today in Georgia, and has requested alimony and additional relief, as well as the right to stay in the home she shared with Kordell and his son from a previous relationship, Syre. The court documents allege that Porsha did not work for two years at the request of her husband, and actually sold her own business, all so that she could care for Syre. The documents state that as a result, her “earning capacity was set back significantly and she is seeking support on a temporary and final basis.”

In Kordell’s divorce petition, he stated that their marriage was “irretrievably broken” and requested that neither he nor Porsha pay alimony. The document states, “There are no marital assets subject to division. Petitioner shows that he should be awarded all of his pre-marital and non-marital income and assets, including any and all appreciation of same.” It goes on to state that Porsha “is an able-bodied person, earning income, and is capable of supporting herself.”

Kordell also had his attorney, Shiel Edlin, release the following statement on his behalf: “This is a personal and private family matter for Kordell and his family. This was a very difficult decision for Kordell. I hope everyone understands. Kordell’s ongoing concern has been and remains his son’s best interest.”

A source reportedly close to Porsha told E! Online, “Her heart is broken… She opened herself up to being a mom, and now this has happened. She had a miscarriage recently [as seen in an episode of Real Housewives]. She is a great mom and a fantastic woman. This whole situation has been incredibly upsetting.” The source goes on to say, “She wants to do what is best for Kordell’s son and so that’s why she hasn’t taken action before now—she wanted to try and keep everything amicable… She put up with everything Kordell did because of Syre. She couldn’t leave before, she just couldn’t do that to him.”

Porsha discussed the miscarriage and the strain it put on her marriage in the clip below:

E! Online reported that a rep for Porsha said that she first found out about her husband’s decision to pull the plug on their marriage in the media after he had agreed with her to try to work things out. Porsha stated on the show that she does not have a prenuptial agreement with Kordell. Us Weekly reported that she was “blindsided” by the divorce filing.

A rep for Porsha made a statement on her behalf: “Mrs. Stewart is disappointed about her husband’s recent filing for divorce… Mrs. Stewart had held off on filing for a divorce herself and remained committed to the marriage because Mr. Stewart promised to work on the marriage with her. Instead, he misled her and she found out about the filing in the media. Mrs. Stewart hopes to resolve these personal issues privately with the support of her family, friends and strong faith.”

A rather straight-forward source tells Hollywood Life, “Porsha has dreams and ambition, but her man was just too damn controlling and wanted her home all the time, cooking and cleaning and doing chores.” The source then added that Porsha took advice from the other strong women on The Real Housewives of Atlanta “and got on her high horse and took that to Kordell – but clearly he wasn’t having it. Porsha is a cool girl, don’t get me wrong, but she shouldn’t have let these other rich girls get in her ear about her marriage. If she didn’t, she’d still have a man.”

And speaking of “these other rich girls,” Porsha’s cast mates have come out on her side. NeNe Leakes tweeted, “I am good judge of character! I will stand by & support my little sister @PorshaDStewart”

Porsha’s on-screen nemesis Kenya Moore was also spportive, tweeting: “Even though @porshadstewart and I have had our differences, I would never want to see anyone in pain. I wish her well.”

Kandi Burrus had a little more to say on the subject, telling USA Today:

“Of course, I reached out to her. I sent her a text. Well, I called her, but her phone went to voice mail and I assumed that that would happen, because I’m sure everyone and their mama was calling her yesterday. I just wanted to let her know that my heart does go out to her and I hate that she’s going through this. It’s especially hard to go through something so major in your life with all the eyes on you. I just wanted her to know that I do have her in my prayers and she has my full support.”

After five years, Jim Carrey and Jenny McCarthy break up