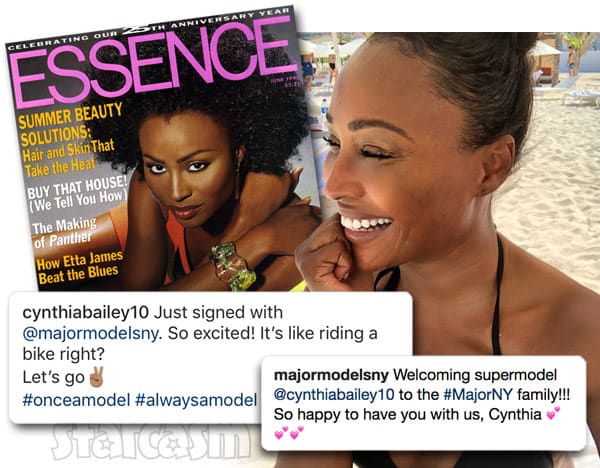 Former supermodel Cynthia Bailey is getting back in the game! The 51-year-old Real Housewives of Atlanta star has just signed a professional modeling contract with the prestigious Major Model Management agency out of New York City!

Cynthia shared the news on Instagram with a couple casual photos sporting jeans and a white t-shirt. “Just signed with @majormodelsny. So excited!” she captioned the pictures. She then jokingly asks: “It’s like riding a bike right?” before declaring: “Let’s go✌?” She concluded the caption with a string of hashtags that included #onceamodel #alwaysamodel:

Major Models NY shared the news on their Instagram account as well, using another photo from the same casual shoot. “Welcoming supermodel @cynthiabailey10 to the #MajorNY family!!!” The caption reads. “So happy to have you with us, Cynthia ???”

Welcoming supermodel @cynthiabailey10 to the #MajorNY family!!! So happy to have you with us, Cynthia ???

Cynthia signing with Major Models makes perfect sense, not only because she has a helluva modeling resume and still has a sophisticated glamtrulescence, but because the agency has a history of partnering with reality stars who had the potential to cross over into the modeling profession. For example, former Real Housewives of Miami star Joanna Krupa is currently with them, and Major Models was the agency that helped Breaking Amish star Kate Stoltzfus launch her very successful professional modeling career by signing her back in 2012.

Also, as Bravo.com points out, Cynthia’s 18-year-old daughter Noelle Robinson is also on the Major roster!

If you’re curious about Cynthia Bailey’s supermodel career, we did a very extensive profile about her with all sorts of fascinating details and photos back when it was first announced that she was joining The Real Housewives of Atlanta. Here is an excerpt about her modeling career with a couple of her Essence magazine covers included: 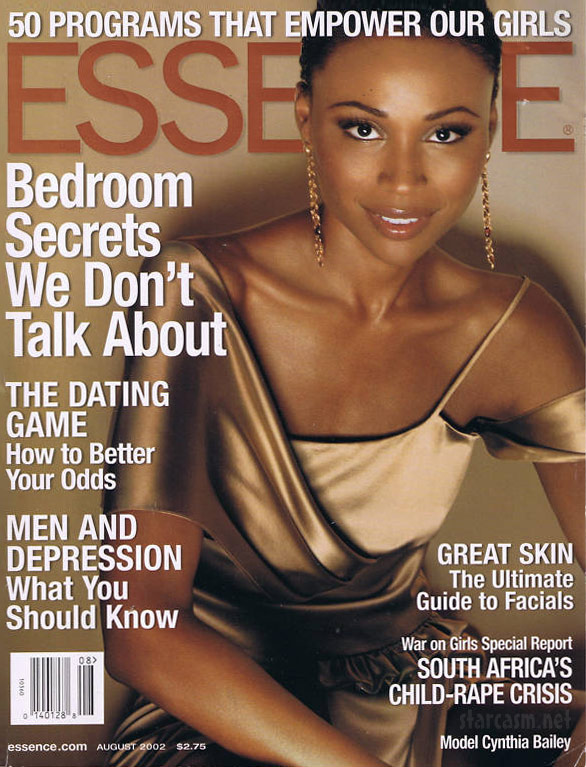 ABOVE: Cynthia Bailey’s historic August, 2002 Essence cover, the first time a model was ever credited on the cover! (Click image to enlarge – you can see Cynthia’s name in the lower right corner) Below the image is Cynthia’s Theme Song by Bruce Springsteen, perhaps the greatest respectful tribute song to hot babes ever written!

Born in Alabama, Cynthia Bailey moved to New York City 28 years ago to pursue a modeling career. The former high school homecoming queen and multiple beauty pageant winner caught the attention of the famous Wilhelmina modeling agency, who signed Cynthia to a 5-year contract and jump-started her career by getting her the cover of Essence magazine! 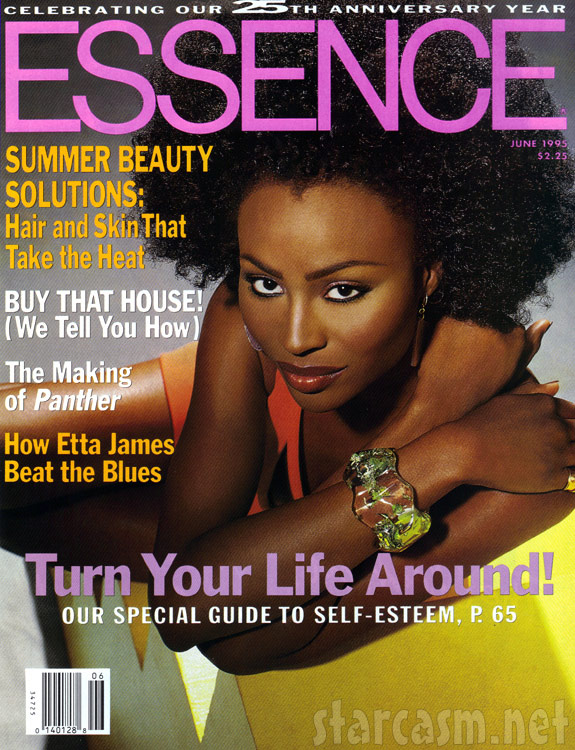 Cynthia developed a friendship with Essence editor-in-chief Susan Taylor and would appear in the magazine and on the cover many more times throughout her career.

Once she hit the ground running with the Essence cover, Cynthia embarked on a truly remarkable modeling career that had her living in Paris for nearly a year and strutting runways for some of the most famous designers in the world. Her image was used in video and print ad campaigns for Maybelline, Mercedes, Oil of Olay, Neiman Marcus, Saks Fifth Avenue, Macys, Target, Talbots, Bergdorf Goodman and Lord & Taylor among many others.

Cynthia even branched out into acting, beating out Naomi Campbell for a part alongside Sandra Bernhardt in the movie Without You I’m Nothing. She also graced the small screen with appearances on The Cosby Show, New York Undercover and as co-host for BET.

CONGRATULATIONS to Cynthia! I’ve been very vocal about my admiration for her modeling skills (even when she’s just joking around), and I can’t wait to see her get back to it! I also can’t wait for all the head shakin’ and shade from her co-stars next season. 🙂

Speaking of modeling and Cynthia’s co-stars, whatever happened with Phaedra Parks supposedly signing with Cynthia’s first agency Wilhelmina Models? Well, I know what happened — NOTHING — but what happened?

That particular question about the modeling inductry may not have an answer, but lots of others do — and Cynthia will be at the Atlanta Ultimate Women’s Expo on June 2 and 3 to provide them! Here are the deets:

Hi guys! I will be hosting a Open Model Call & a Q&A discussing all the in’s & out’s of The Modeling Industry. Everything from How To Be A Model to understanding The Business Of Fashion. Meet me Saturday from 3-4pm at the Georgia World Congress Center center stage! Will also have a pop up shop selling @cynthiabaileyeyewear & @cynthiabaileycandles. See you guys there❤️ Details on the flyer?? @calibere @eyecandycreationsllc @thebaileyagency @terrencestaunton @uwexpo #theultimatewomensexpo #atlantawomensexpo

Rudy from ‘The Cosby Show’ joins the cast of ‘Real Housewives of Atlanta’? UPDATE: NO