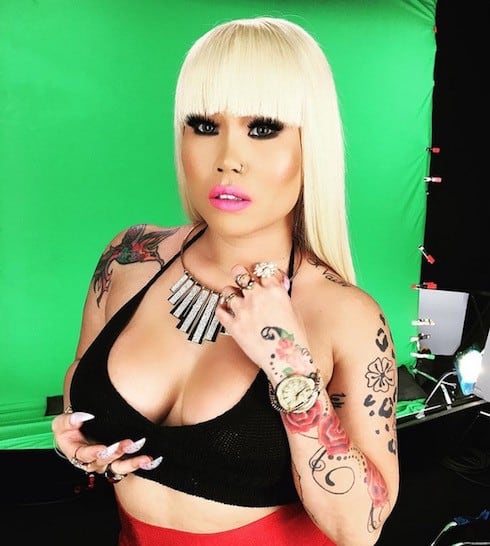 Lovely Mimi is the most anticipated addition to any Love & Hip Hop cast since Cardi B joined up with New York in 2015. Though she’s not an Atlanta native, the Vietnam-born, Maryland-raised Instagram superstar has cultivated an Instagram following of around 1.5 million in just over a year, and viewers are eager to see what she’ll bring to her first season on LHHATL.

But Mimi–whose real name, as confirmed by her official VH1 bio, is Myha Thi Luong–also has something in common with Tommie: a popular alias and a criminal background. According to court records in Prince George’s County MD, Myha Luong was arrested in 2013 and charged on a total of six counts, with drug trafficking chief among them. 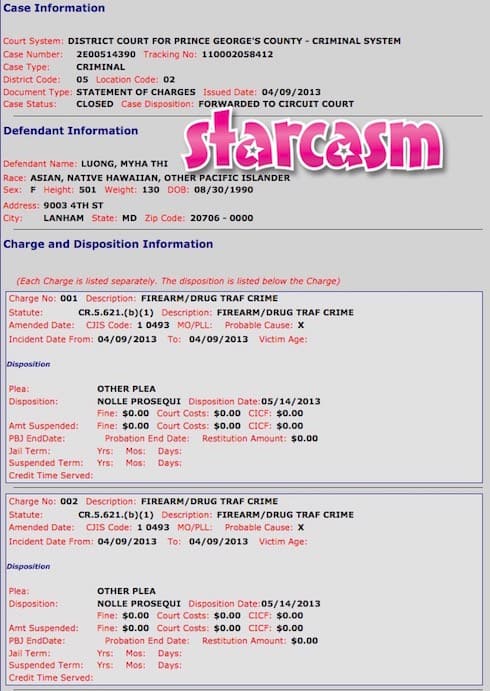 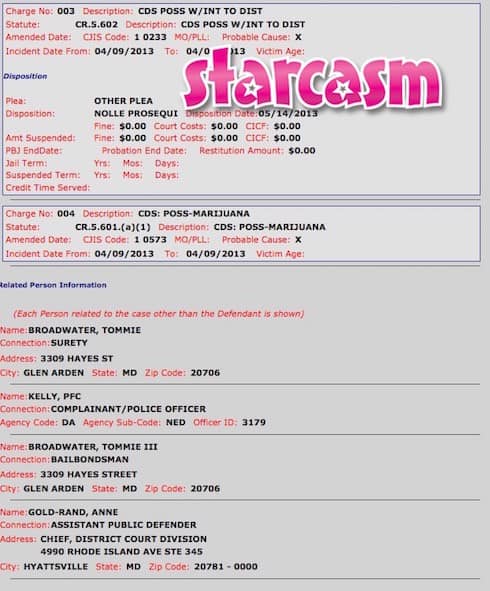 (It’s worth mentioning that, although Myha was arrested and booked on April 9th, 2013, and moved to a county prison on April 10th, no mugshots of her appear to exist in public record.)

Maryland District Court records state that Myha faced two counts of drug trafficking, one of possession with intent to distribute, and one-the most minor-of criminal possession of marijuana. The state chose not to prosecute (noelle prosequi) the first three charges, and, on April 9th, the case was moved to Prince George’s County Circuit Court. Before that, though, Myha was in prison from April 10th through the 12th, going home after posting a $75,000 bail: 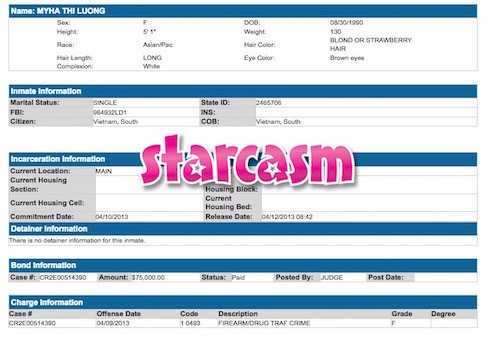 RELATED: PHOTOS Lovely Mimi and husband have their kids in training to be future Instagram superstars

Once her case reached circuit court, Myha found herself facing six total charges, rather than four: five of them drug-related, and one firearm-related. Again, though, the state decided to pursue only the marijuana distribution charge, and left the other five alone.

It seems that most of the trial took place behind the scenes; the court record from April to September is almost all the filing of motions, with few details. Then, on September 20th, 2013, the Judge in Myha’s case accepted her guilty plea on the one distribution charge, gave her a suspended sentence of 363 days in county prison (presumably crediting her with the time she served in April, although the official documents say “0 days credit given”), and fined her $145 in court costs, which Myha paid a week later: 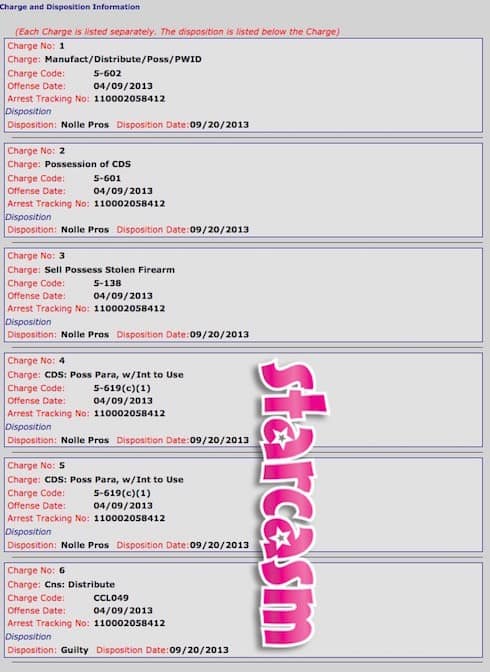 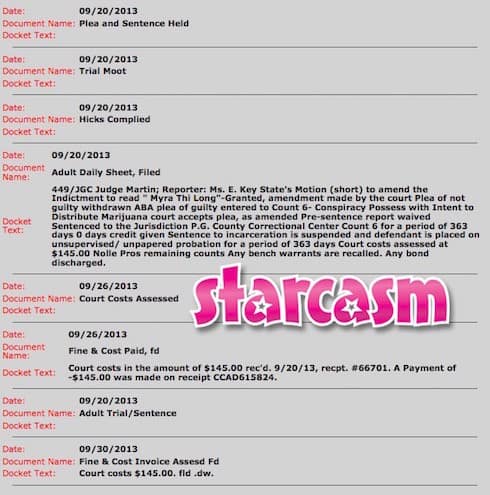 Myha addressed her checkered past in her 2016 Washington Post profile, by which time she’d made the transformation into Lovely Mimi. But she was guarded on the issue, and the drug trafficking charges did not come up. When asked about her life between the ages of 12 and 16, when she “went into and out of juvenille detention facilities,” Myha just wanted to move on, saying “Do I have to talk about that?”

By her own admission, Myha was trying to be outlandish during that period as a means of getting attention. “My problem was rebellion,” she told the paper. “My sister told me all of my life I was chasing popularity. That was my problem…I started chasing after popularity.”

Lovely Mimi makes her much-anticipated Love & Hip Hop Atlanta debut with Episode 3 of Season 6, next Monday at 8 PM on VH1.