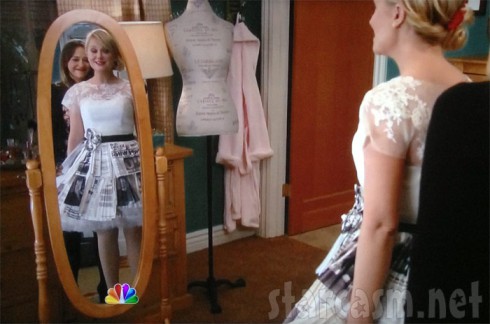 On tonight’s episode of Parks & Recreation Leslie Knope and Ben Wyatt decided that instead of registering at Macy’s (product placement) they would get the whole town to show up for a black tie event to raise $50,000 for Leslie’s park. While Leslie was trying to use her otherworldly organizational skills to throw this event together at the last minute (if they didn’t raise the money a Paunch Burger was going to be built on “Lot 48,” which is character of the show in itself.)

Leslie got tied up by an emergency disaster drill (a foil by her nemesis,) but thankfully her friends threw together the event without her. When she was able to get away, she told Ben that she didn’t want to wait three months to get married, which led him to suggest they go ahead and do it right away!

Leslie: “I just hate the feeling of not being married to you.”

Ben:”Well, let’s just do it, then. Let’s get married. Here, tonight. We’re all in black tie, we have plenty of food, and entertainment, and you did want to invite the whole town to the wedding, right? Leslie, let’s get married tonight!”

Right after “To Be Continued . . .” rolled we got to see a glimpse of Leslie in her throw-together wedding dress, and it looks like she made a skirt out of newspaper clippings about of her City Council election win: 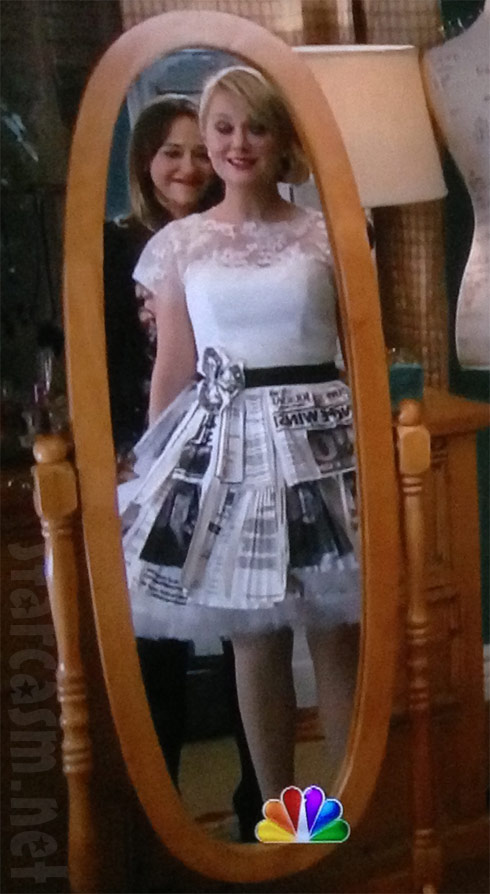 It also looks like Ron Swanson was the lucky man to walk Leslie down the aisle! He’s a little young to truly be a father figure, but they’ve always had a mentor-confidante relationship. 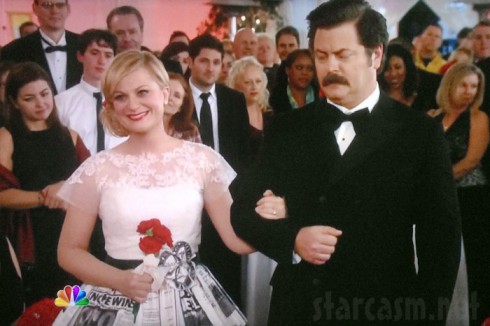 And at some point bride and groom get together in Leslie’s favorite place in the world: under the flower mural on the second floor: 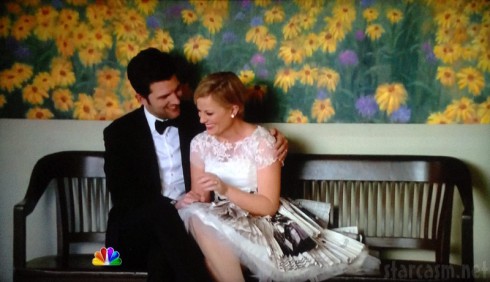 Thanks for the Valentine’s Day present, Parks & Rec!