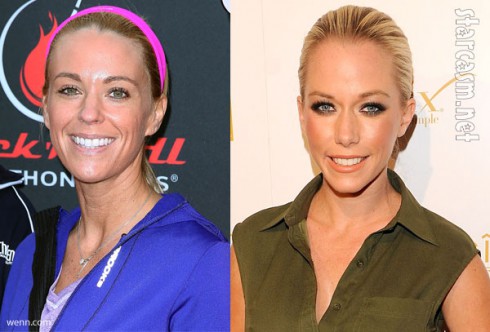 Kate’s children are really growing up now! Cara and Mady are already twelve, and the sextuplets Aaden, Collin, Joel, Leah, Alexis and Hannah are eight. It seems just yesterday that we were watching Kate wrangle them together for their fifth birthday party while Kate and ex-husband Jon were appearing on every tabloid cover all year because of their nasty split.

Usually the participants on Wife Swap, even the celebrity edition, come from a husband-wife situation, so it’s kind of new for the swapper to walk into a single mom situation, especially a single mom situation with eight kids! I’ve personally wished all along that they would incorporate a larger spectrum of family situations on the show and that it should be called Family Swap, or something like that.

Which two celebrity moms would you most like to see on Celebrity Wife Swap?