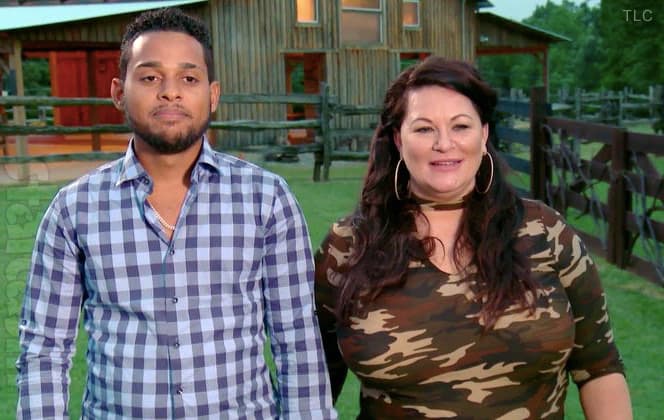 We have confirmation on whether or not another of the new 90 Day Fiance couples got married! This time around, we have the scoop on Georgian lingerientrepreneur Molly Hopkins and her younger Dominican fiance Luis.

I’m unsure of the narrative which would have someone reading this sentence who would need to be told, but: SPOILER ALERT!

According to court records, Molly Hopkins married Luis Emmanuel Mendez Rosa on July 20, 2017. That date lines up with what we already knew about Luis making the trip to the US in May. So, congratulations to Luis and Molly!

While researching Molly’s marital status, I also ran across a lot of stuff having to do with the father of her youngest daughter, Kensley.

UPDATE – It turns out that Kensley’s father appeared on Molly’s previous reality show, Double Divas, so we have done an additional post revealing his name and more information.

Molly and Kensley’s father split up around October 1st of 2014. After the split, Molly assumed full custody of Kensley and remained in the couple’s home. Kensley’s father did help out financially, but, as of late last year, the contributions had “not been on a regular, continuing basis.”

On December 1, 2014, Kensley’s dad filed a petition for “Legitimation Of Child, Custody, And/Or Visitation” with the courts, in which he asked to be recognized as Kensley legitimate father and for shared custody. As part of the filing, he asked that the court establish an amount for him to pay Molly for child support. 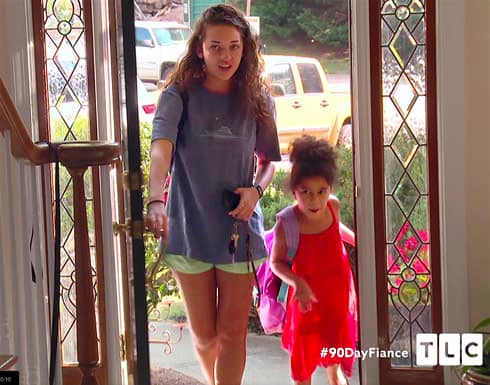 In July of this year, Kensley’s dad filed a Complaint For Equitable Partitioning And Damages in which he went after Molly for compensation on their jointly owned house and vehicle, as well as the balance on a $45,000 loan he reportedly gave her. Kensley’s father says that he contributed $14,0000 toward the down payment on their home as well as mortgage payments prior to their split. They also purchased a 2011 Infinity QX56 together, which he asks that Molly be forced to sell so they can split the revenue.

As for the $45,000 loan, Kensley’s dad says he loaned that amount to Molly, and that she had only paid him back a little over half–leaving a balance of $20,500. In her response, Molly says she is unaware of any balance on the loan. (It is not specified what the loan was for.)

What I don’t understand is that it appears as though a judge ruled in April of this year that Molly was to retain sole possession of the 2011 Infinity QX56 “free from any claims” by Kensley’s father or his estate.

Also part of the judge’s ruling in April was the legitimation of Kensley’s father. Th ruling indicated that the couple had worked out custody and child support arrangements as well, but I was unable to access details on those.

I also discovered that Kensely’s dad had a couple run-ins with the law back in 2001 and 2002, as evidenced by arrest records and mug shots. In case you missed it, Molly has had her issues with the law as well, including multiple DUI arrests, resulting in the loss of her driver’s license.

If you’re curious about the marital status of other cast members from this season of 90 Day Fiance, we have also confirmed spoilers for the following couples: