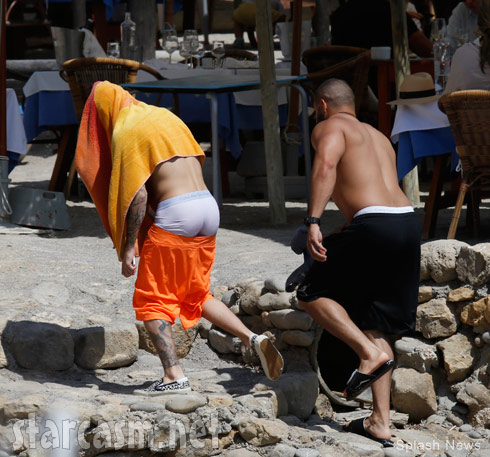 Justin Bieber is one of the apparent millions of celebrities currently vacationing in Ibiza, and the 20-year-old Orlando Bloom punchee was getting off a boat when he demonstrated his paparazzi priorities by hiding his face with a towel and letting his shorts magically dangle almost to his knees. 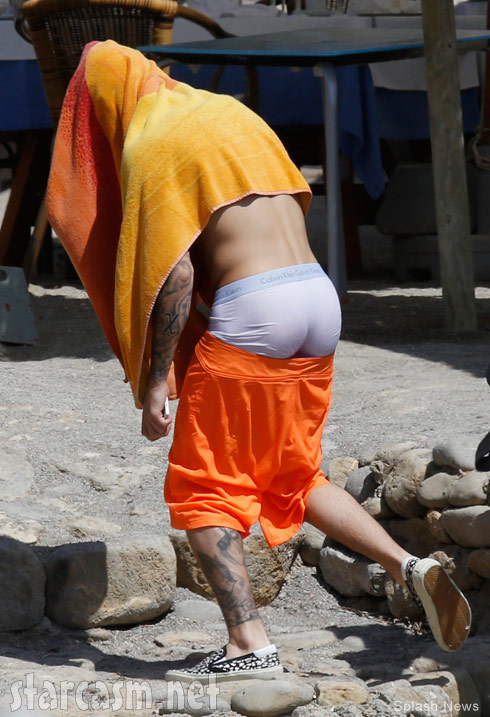 The United Association of American Dads does not approve. Calvin Klein, on the other hand, couldn’t be happier. (Which makes sense given the recent reports that Justin is the newest Calvin Klein model.)

Meanwhile, The Biebs vs. Bloom spat continues as Justin reportedly banned Orlando from the recent 40th birthday bash in honor of Givenchy fashion designer Riccardo Tisci. Bloom was apparently running late and turned away at the door at the request of Bieber and his entourage, who were already inside with some of the other Ibiza celebrity vacationers like Diddy, Jared Leto, Kate Moss and nearly the entire Kardashian clan: Kim Kardashian, Kanye West, Kris Jenner and Kendall Jenner.

And speaking of Kendall Jenner, Page Six reports that she and Justin Bieber “were flirting all night” and left together. Here’s a photo of Kendall, 19, and Justin, 20, getting cozy at the soiree: 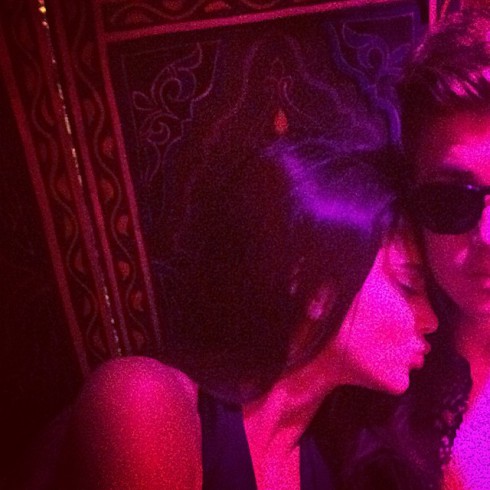 But, I suppose we shouldn’t read too much into that picture because The Biebs shared another, even more intimate photo with Kendall’s mom Kris Jenner! 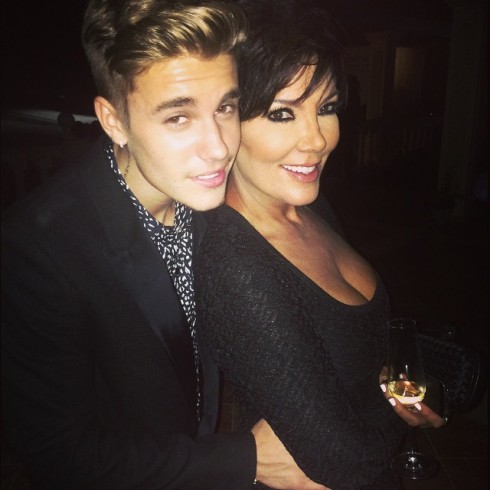 I’m sure The Soup will have a field day with that one!

PHOTOS On again? Justin Bieber and Selena Gomez Segway together