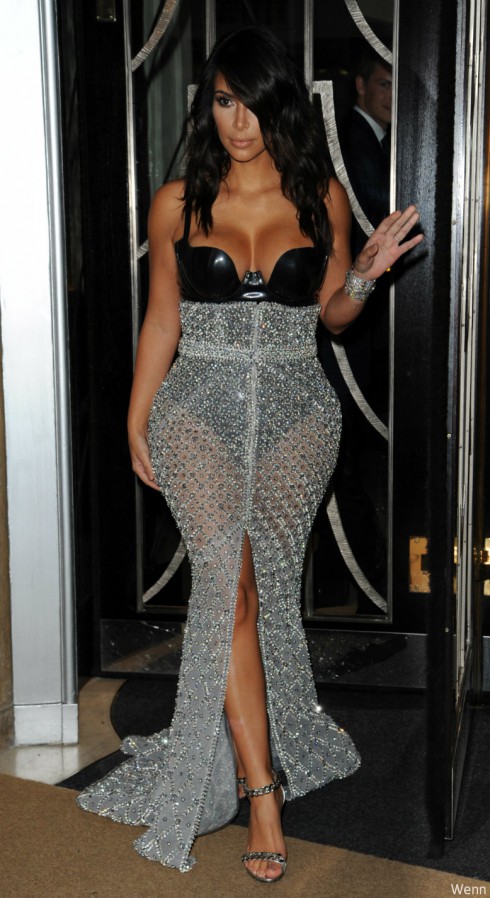 As usual, Kim Kardashian definitely earned an A for effort with the outfit she wore to the GQ Men of the Year Awards in London today.

The Keeping Up With the Kardashians star attracted a lot of attention in a haute couture gown by Ralph & Russo. The custom mermaid-style dress featured a revealing latex bodice with push-up bra and faux-modest floor-length skirt. (I say “faux” because you can still see everything underneath.) 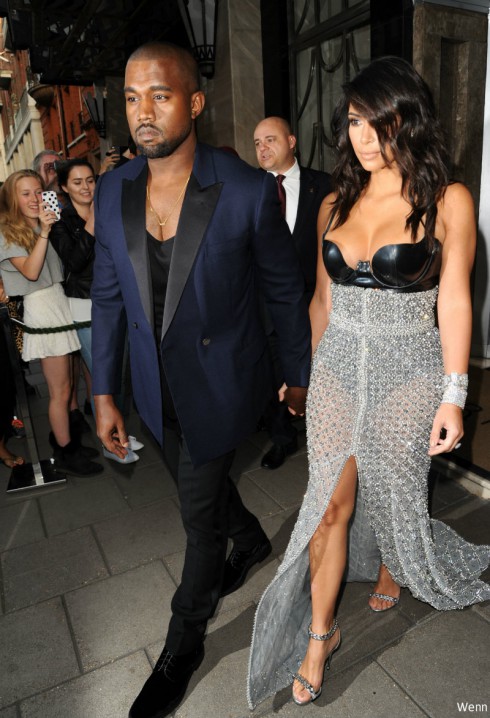 I will say that Kim has the body to pull off the daring look! Husband Kanye clearly also thought so… They were pictured kissing and nuzzling into each other’s necks. During the red carpet event, Kanye even tended to Kim by bending over to fix the bottom of her skirt.

The pair’s May 24 wedding was finally featured on the season finale of Keeping Up With the Kardashians last night. In the months since tying the knot, they’ve weathered a few negative relationship rumors… But, based on their display of affection at the GQ Awards, they are still in a state of newlywed bliss.