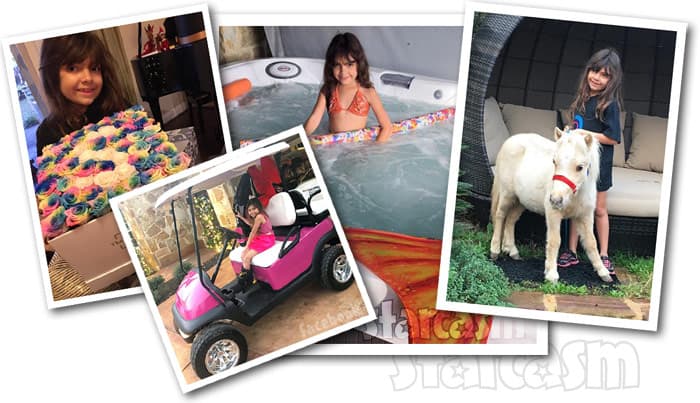 Earlier we posted about the lavish gifts Teen Mom OG star Farrah Abraham was bestowing upon her seven-year-old daughter Sophia — including a Jacuzzi, a miniature horse, and a golf cart, among other things. At the time, all we had was a gift list, so we had to manufacture a visual simulation of Sophia’s Christmas morning via artificial means, including the wonderful experience of Photoshopping a miniature horse in a Jacuzzi.

But, as you might expect given Farrah and Sophia’s social media prowess, both have since shared actual photos and videos of Sophia’s Christmas loot — and it is pretty impressive! 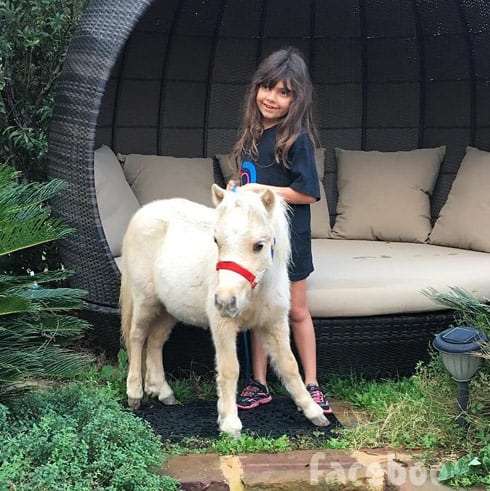 We will kick things off with Teen Mom OG‘s latest four-legged cast member: Starburst the miniature horse. In these amazing video clips we get to see the moment Sophia discovers a “pony” in her house, and then Starburst gets taken on a home tour. (No word if Starburst is allowed to use the restrooms inside the house or if she has to use the porta potty on the driveway.)

I did a bit of research and discovered something of interest to reality television fans — Starburst is the full sibling of one of Lisa Vanderpump’s miniature horses! So I think that means Farrah and Lisa are now related somehow? Perhaps that will finally put Farrah on Lisa’s radar. (You might recall that after Farrah infamously crashed Lisa’s White Party in the Hamptons, Lisa responded to rumors that she “uninvited” Farrah by stating “I certainly wouldn’t know her if she sat on me.”)

Another interesting bit of information I found out (I learn SOOO much blogging about Farrah Abraham!) is that miniature horses range in price from $750-$10,000 — or at least that’s the price range at the place that Farrah got hers. (I couldn’t find the price for Starburst specifically, but her siblings go for $2,000-$3,500.)

Here’s another photo of Starburst enjoying her new house: 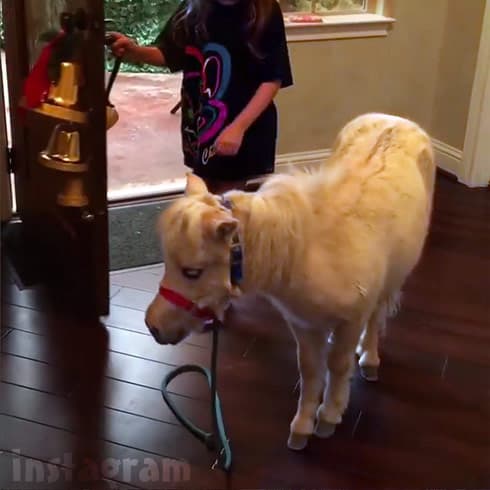 In addition to the impressive list of Sophia gifts that we already knew about, there is also this custom rainbow rose bouquet with her first initial from The Billion Roses out of Sydney Australia: 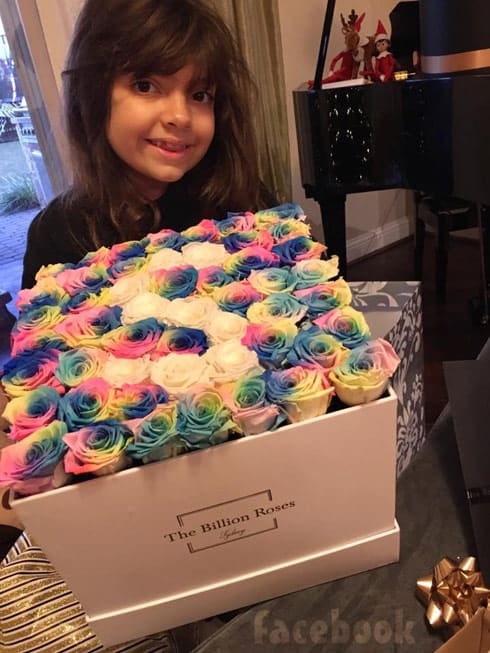 And that was just one of at least two bouquets from The Billion Roses! Here’s Sophia holding another along with mom’s sweet tweet: 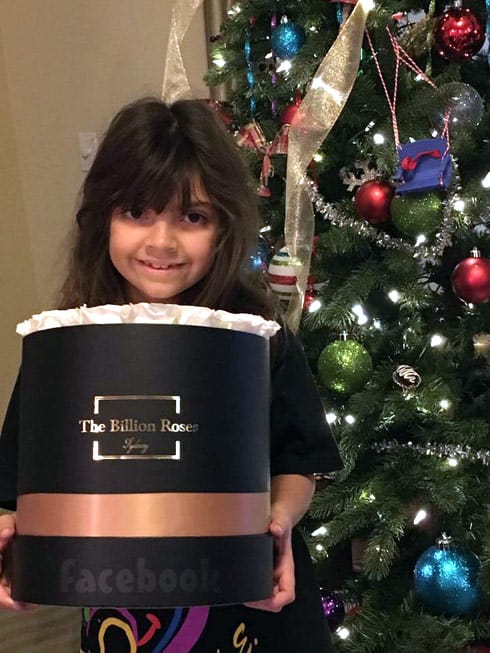 I have a #billion reason why I love @sophialabraham thank you Sophia for being the best daughter ever! ?? #billionroses

In case you were wanting to take a cue from Farrah Claus for your next gift purchase, The Billion Roses has the monogram custom arrangements (which last one year) available to ship worldwide for just $589 AUS, which equates to approximately $424 US.

OK, here is the rest of Sophia’s Christmas (that we know of), including a pink golf cart, a Jacuzzi, and a “better than mom’s” Apple laptop computer — the latter of which is a great video of Sophia opening her gift: 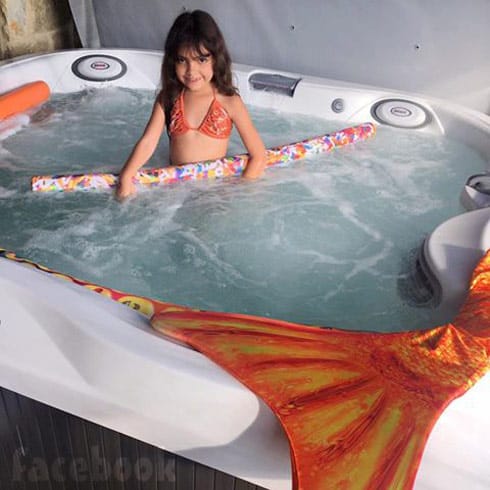 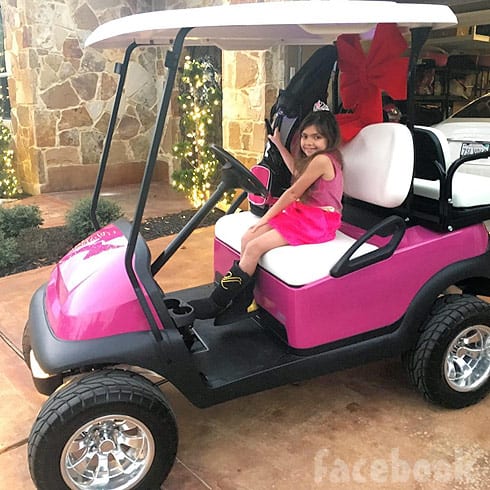 Sophia's #Wishlist from Santa was her pink #golfcart awh!!! She was thrilled ???? #merrychristmas2016 @sophialabraham

* I did want to point out that I didn’t see any evidence of MTV cameras around, and I noticed that in the background of the photo of Sophia’s golf cart, there is no porta potty on the driveway. So this looks like it was a just a mom & me Christmas for Farrah and Sophia! (I’m sure viewers will be introduced to Starburst at a later date.)