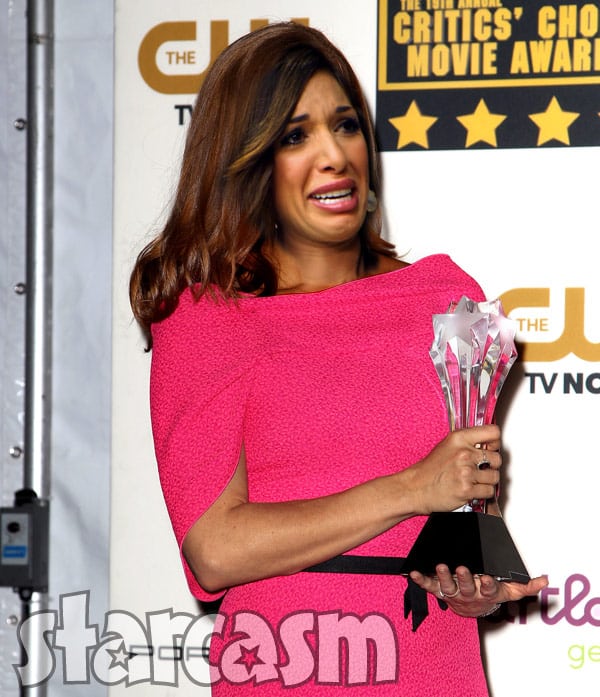 So what do Maci McKinney, Farrah Abraham, Catelynn Baltierra and Amber Portwood have in common with Meryl Streep, Sandra Bullock, Angelina Jolie and Jennifer Lawrence? They have all been nominated for Critics’ Choice Awards!

Here’s the scoop on The Critics’ Choice Awards, which are a very legit deal:

The Critics’ Choice Movie Awards (formerly known as the Broadcast Film Critics Association Award) is an awards show presented annually by the Broadcast Film Critics Association (BFCA) to honor the finest in cinematic achievement. Written ballots are submitted during a week-long nominating period, and the resulting nominees are announced in December. The winners chosen by subsequent voting are revealed at the annual Critics’ Choice Movie Awards ceremony in January.

Surprisingly, there haven’t been many reactions from the cast members aside from a few retweets of the announcement. Of course, Farrah Abraham couldn’t remain silent as she used the opportunity to iterate her anger at MTV over the show being unreal and overly structured:

I don’t think it will win as it’s very structured, manipulated by the network , production & almost scripted story lines at this point…

Congratulations to the cast and crew of Teen Mom OG! To see if they take home the award, and to potentially see the gals (and guys?) rockin’ some red carpet looks, be sure to tune it for the 2017 Critics’ Choice Awards airing on the CW on January 11 at 8/7c!

* I feel I should point out that the official nomination announcement did not include “OG” as part of the title of the show. I don’t think that means anything, but figured I would mention it. To be honest, I’m never really sure if it’s officially part of the title now or not. If it is, then it does seem odd that the Critics’ Choice Awards would get it “wrong.”