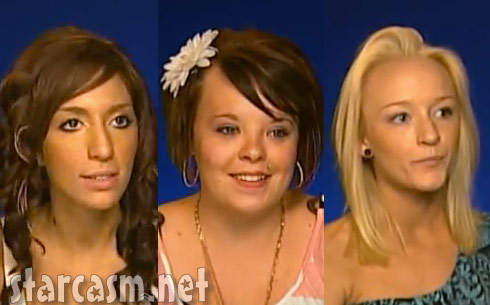 The third season of Teen Mom premiered on MTV Tuesday night as millions of fans tuned in to catch up on the lives of Maci Bookout, Catelynn Lowell, Farrah Abraham and Amber Portwood. Three of the four stars sat down for an interview to discuss how being famous has impacted their lives as well as their well-wishes for cast mate Amber Portwood, who is currently in rehab for anger management issues and depression after a failed suicide attempt on June 14. 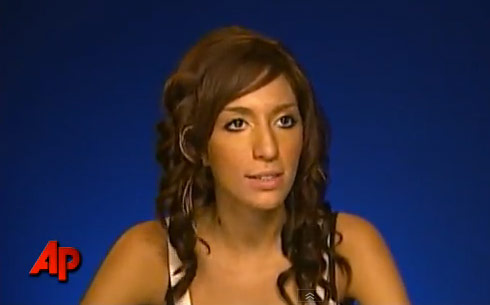 Farrah Abraham started off the clip talking about the media and the paparazzi, stating that they “flock when other people can relate more – like moving or marriage or ‘are we pregnant again?’ you know. Those things I guess are attention grabbers so it’s understandable why that would happen, but by no means did we think, ‘Oh, it’s cool to be a teen mom.’ I definitely don’t think that it’s cool!” 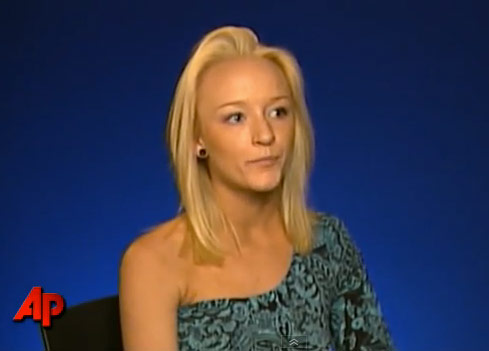 Maci Bookout talked about their fame and the success of the show by saying, “At first it was weird. I was kind of like, ‘why is everyone so interested in this show and me?’ But now I think, after doing it for so long, and getting all the feedback, I kind of understand because I feel like if I wasn’t on the show but the show was on, I would be interested in the people too – and I would learn from the show and things like that. So, it’s not as strange now as it was in the beginning.”

After a clip from Tuesday night’s premiere in which Maci and a friend discuss Ryan’s infamous “Is Kyle slow?” text, Maci explains that people (and cameras) seem to be more interested in what she’s up to if she visits a club on the weekend than when she makes a trip to the grocery store. 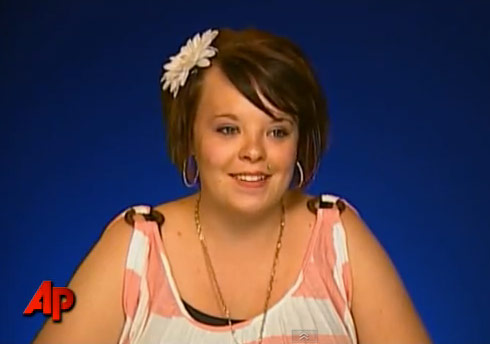 Catelynn Lowell talks about what she thinks of Amber’s current stint in rehab: “I love Amber. I mean I hope that she just keeps her head up [I’m guessing Catelynn didn’t know about Amber’s head injury in rehab at the time] and she knows what she needs to get done and stays strong, you know? I think where she’s at is good for her right now and she just needs to focus on getting better. I want her to know that I love her and she can call me whenever she can. But, I love Amber to pieces.”

Maci also talks about her troubled cast mate: “She is a great person, but it’s bee very difficult for her because she’s alone. And you know, I have awesome friends, they’re great – A huge family: Ryan’s family, my family, Kyle and his family – and we all have our certain relationships that have stuck and are good , and I just feel that Amber is very alone in her – in her world at home, and it would be very, very difficult for anyone to be alone… I just always tell her when we’re together, I’m always like, ‘Amber, you can do this.” And I just feel like I have to keep reminding her because I have all the faith in the world [in] her, she needs to start believing it. So I try to remind her as much as I can that she can do it alone – anybody can, and she just has to keep remembering to be confident in herself.”

I admire Maci (and the rest of the Teen Moms) a lot and I usually try to avoid petty critical comments out of my posts, but I just can’t help but ask, “What’s up with Maci’s hair?!?” Sorry Maci, but that looks like a Something About Mary special right there! 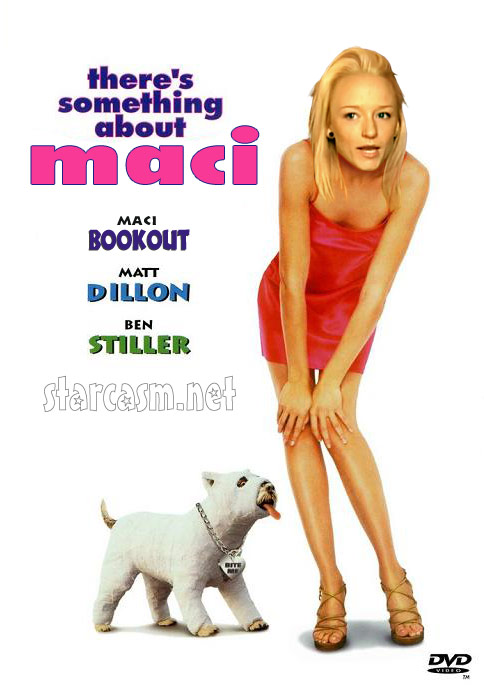