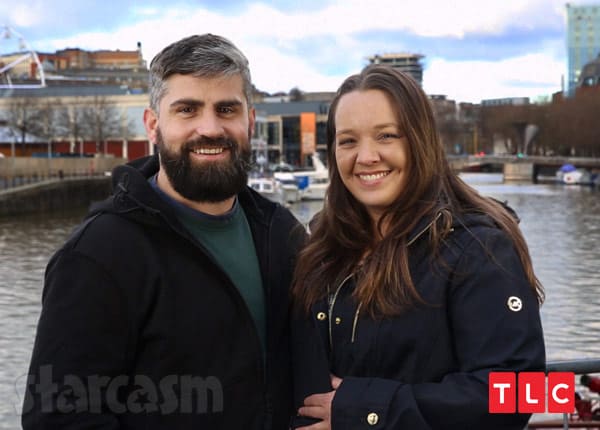 Before the 90 Days Season 2 couple Rachel Bear and Jon Walters have quite the story! Rachel, who is from Albuquerque, New Mexico, met Jon, from England, via a karaoke app that allows strangers to duet together. The two really hit it off in more than just a musical way, and soon they found themselves in a full-fledged long distance relationship. But, in addition to the thousands of miles between them, there was another problem: Rachel had gotten pregnant just before she met Jon!

As Rachel reveals during the premiere episode (and in her preview clip), breaking the pregnancy news to Jon didn’t cause him to run away, but instead drew him closer to her. He even made plans to make the trip to the United States for the birth, but his visa was denied due to some sort of mysterious criminal past that we don’t know a lot about.

Even so, Jon was present in the delivery room via smart phone live stream, and Rachel reveals that she went so far as to send Jon a piece of her newborn daughter’s umbilical chord. And just in case you needed further evidence of his commitment, Jon considers Rachel’s eight-month-old daughter Lucy to be his own, and has been sending Rachel money to pay for her daycare.

TLC picks up the couple’s story as Rachel is planning to make the trip overseas to meet Jon in person for the very first time. She is bringing her daughter Lucy with her as she hopes to get a read on how they jibe as a family unit. Based on how that goes, the two may be taking their relationship to the next level — which it is assumed would be a proposal and an engagement.

However, the 90Daytectives on the 90 Day Fiance subreddit have uncovered quite a bit of evidence suggesting that Rachel and Jon were engaged long before TLC cameras began rolling, with some speculating that they have already met in person as well.

As far as the engagement rumors, those were sparked by the couple’s use of hashtags like #fiance and #engaged on numerous social media posts in 2017. In addition, Jon sent Rachel a care package back in July of 2017 that included a number of items, including a ring. Here’s a photo: 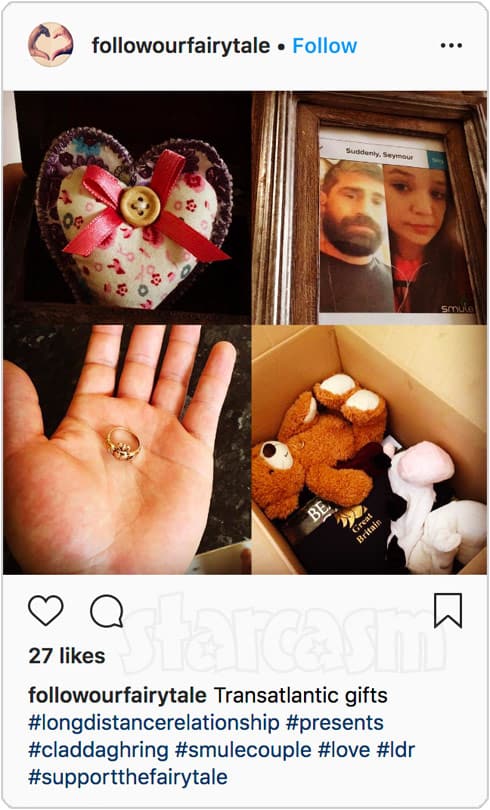 Obviously, that does not look like an engagement ring — at least not one that I’m familiar with. But, you will notice the hash tag #claddaghring in the caption. According to Wikipedia, “The Claddagh ring (Irish: fáinne Chladaigh) is a traditional Irish ring which represents love, loyalty, and friendship (the hands represent friendship, the heart represents love, and the crown represents loyalty)…While Claddagh rings are sometimes used as friendship rings, they are most commonly used as engagement and wedding rings.”

Also, it appears that how you wear the ring and on what finger can mean different things. More from the Wikipedia entry:

According to Irish author Colin Murphy, a Claddagh ring was worn with the intention of conveying the wearer’s relationship status:

1. On the right hand with the point of the heart toward the fingertips: the wearer is single and may be looking for love.

2. On the right hand with the point of the heart toward the wrist: the wearer is in a relationship.

3. On the left ring finger with the point of the heart toward the fingertips: the wearer is engaged.

4. On the left ring finger with the point of the heart toward the wrist: the wearer is married.

So how does Rachel wear her Claddagh ring? Here’s a photo of her wearing it alongside a hand print from Jon: 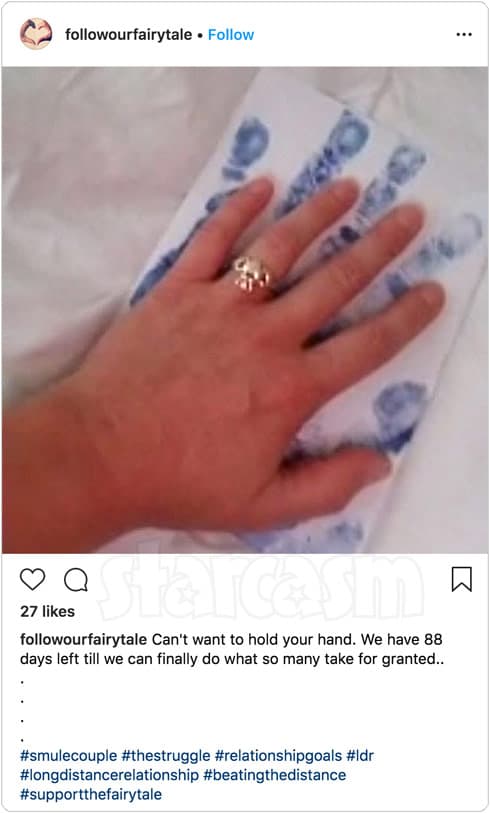 Although the photo is a little blurry, you can clearly see that Rachel is wearing the ring “on the left ring finger with the point of the heart toward the fingertips,” which would indicate she is engaged, according to the list above.

What’s also interesting about this particular photo is that it appears to have initially been posted along with a url to a GoFundMe page. The GoFundMe web address (DEAD LINK: https://www.gofundme.com/supportthefairytale) can be found in Google cache searches just before the hash tags in the caption to the photo above. I tried all the tricks I know, but could not dig up anything on the now-deleted GoFundMe campaign. I assume it was to help raise funds for Rachel’s trip to the UK prior to being cast on 90 Day Fiance. It’s unclear if the campaign raised any money, and if so, what happened to it.

As far as the speculation that Rachel and Jon have actually already met in person, that seems to mainly stem from the fact that they appear to already be engaged and people find it hard to believe they would get engaged without having ever met. Rachel also wrote “I will see you soon” in a caption to a photo of Jon back in August, leading some to believe that there was a trip months before the one in December that is featured on the show.

I don’t find it hard to believe in the least that people would get engaged online, especially a couple that seems as smitten as these two. And that smitten-ness can easily make four months seem “soon” compared to how long you’ve been waiting. In other words, I’m not getting on board the “Jon and Rachel met before the show” train until I see some actual hard evidence.

Since I have the “evuhdense binder” open already, let’s go ahead and break down what we know as far as the timing of everything.

It looks like Rachel flew to England with her daughter on December 15, which is right in line with TLC filming. (We reported back in January that the new season would include someone from England.) Rachel excitedly posted a photo holding two passports (one for her and one for her daughter) in early August.

Here she is with the passports along with a countdown for her trip to the UK, which was almost four months away at the time: 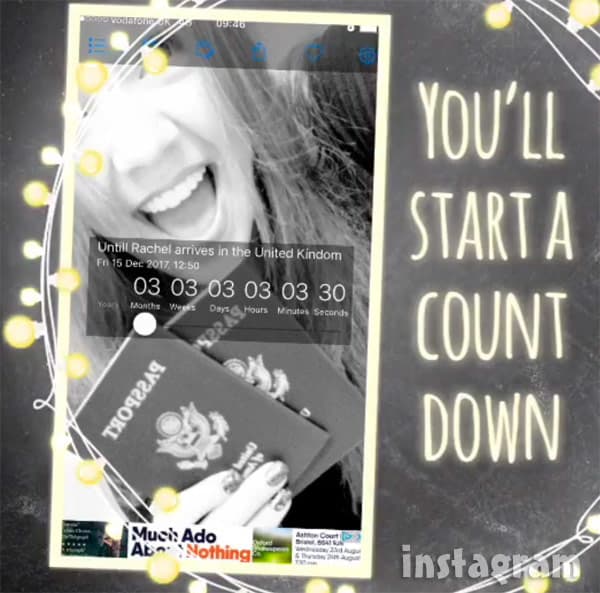 Given that Rachel’s daughter Lucy is eight months old when filming begins, and it appears as though filming began in early December, here is a rough timeline that I put together with a few entries snatched from a speculative timeline by redditor @mi_cempasuchil:

?? – Rachel finds out she is pregnant and tells Jon

As far as spoilers go, Jon and Rachel sure seem to still be happily interacting on social media. Of course, that’s easy to do even if you aren’t still together, so we will all just have to tune in to Before the 90 Days Season 2 when it premieres on Sunday, August 5 at 8/7c on TLC to find out what happens!

* I should point out that Rachel is wearing her ring in the first episode, so it’s very possible the “engagement” will be addressed on the show. (I watched the first hour of the premiere on TLC GO, and Rachel didn’t say anything about it.)