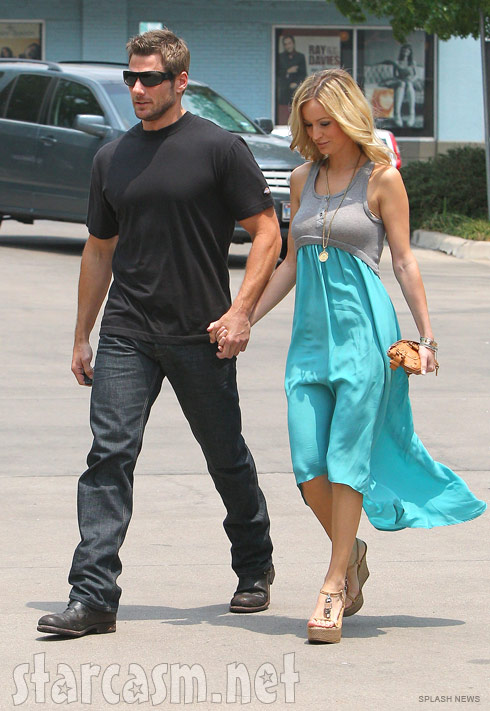 The Bachelor Brad Womack and ex-fiance Emily Maynard are on and off again more than a hotel vacancy sign! Just ten days after Emily reportedly ended things with a phone call to Brad from her home in Charlotte, North Carolina the two lovebirds were photographed in Austin having lunch and holding hands.

The above photo was taken on April 30th and it shows Brad and Emily (I have to confess, they are some pretty peeps!) looking like a couple again.

“Brad has been laying on the charm and it’s getting to her,” says an insider. “Emily was all set to move on but he just does not want to let her go and he’s been doing everything in his power to get her back.”

According to previous reports Emily returned her Neil Lane engagement ring. In this next photo you can see she has a ring on but it doesn’t appear to be an engagement ring – especially not the uber finger bling we saw on at the Final Rose Ceremony! Then again, it could just be turned around? 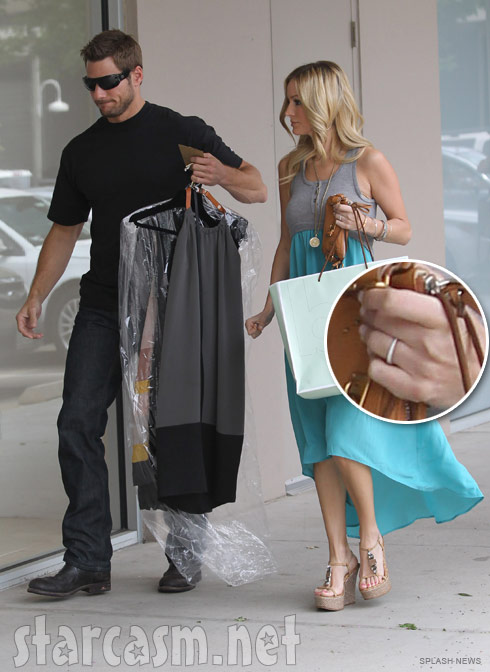 I dunno – I’m thinking she downgraded to some sort of promise ring. I could imagine Brad presenting her with one as some sort of apologetic, romantic gesture. Hurry up Ashley Hebert! We need our ABC romance fix!

Why is Kendra Wilkinson on the 2010 December cover of Playboy?