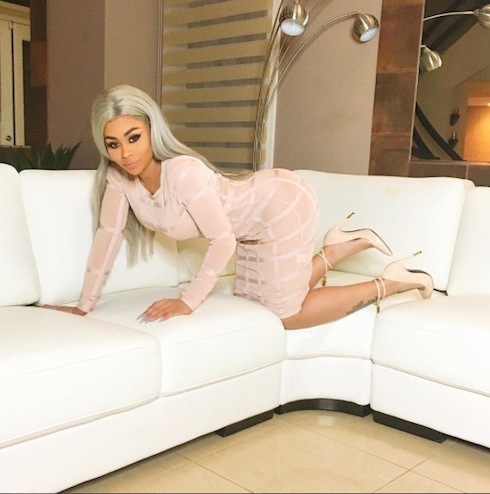 Blac Chyna and Rob Kardashian are back together on Californian soil, and are reportedly stronger than ever. It’s being alleged that the couple have a newfound understanding of each other–their impulses, hidden secrets, and the forces that make them tick–thanks to a grand, 1,400-mile journey they took after Blac was arrested for disorderly conduct and possession.

Though Blac Chyna and Rob Kardashian’s relationship was apparently never in jeopardy, Rob was reportedly “devastated” by the news that Blac had been arrested this past weekend. A drunken and belligerent Blac Chyna shrieked at a flight attendant in Austin’s Bergstrom International Airport late Friday night, while trying to make her connecting flight to London for a stripping engagement. Police removed Chyna from the plane, and, upon searching her belongings, found the “controlled substance” which led to the second of her charges.

Since then, though, it’s allegedly been nothing but rosy shades and positive vibes from Blac Chyna and Rob Kardashian, who sources claim plan to have a baby together before running away from their responsibilities and cares. That’s because Rob decided to hop in his Bentley and drive the 1,400 miles from Calabasas to Austin, in order to spring Blac and get her back home all by his lonesome. The move has been called an “insane” road trip by at least one outlet–and yet, this morning, Rob’s car arrived outside his lady’s Beverly Hills home, and Blac Chyna and Rob Kardashian kissed each other goodbye: 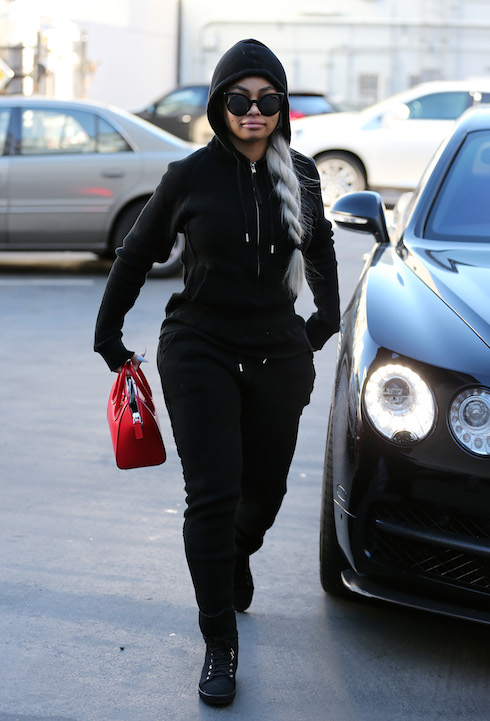 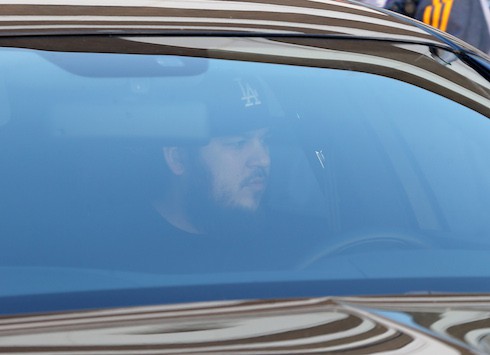 “Never once,” claims the report, “did Rob lose his certainty that rescuing Chyna was the right thing to do….Rob doesn’t care if the Kardashian family isn’t happy about the relationship.”

An insider, one with detailed knowledge of the delicate situation, concurred–and further explained that, from Rob’s point of view, the whole arrest really isn’t even Chyna’s fault. If Blac Chyna weren’t “so much in the public eye,” explained that source, “the arrest might not have happened, and there wouldn’t be so much flak for Chyna to face.”

Indeed, the couple has tried to control the extent to which their relationship is public. There have been only minimal social media updates since the announcement–such as the one of their post-arrest FaceTime session:

Unfortunately for Blac Chyna, she wasn’t hauling marijuana from LA to London–the police found two white “hand-printed” Ecstasy pills in her bag. Possession of fewer than four grams of MDMA is a felony; Chyna was freed after posting an $8,000 bond. Of course, Blac Chyna wasted no time sharing a message for all her detractors:

Reports that Blac Chyna and Rob Kardashian referred to each other during their road trip with pet names they had just coined could not be confirmed.