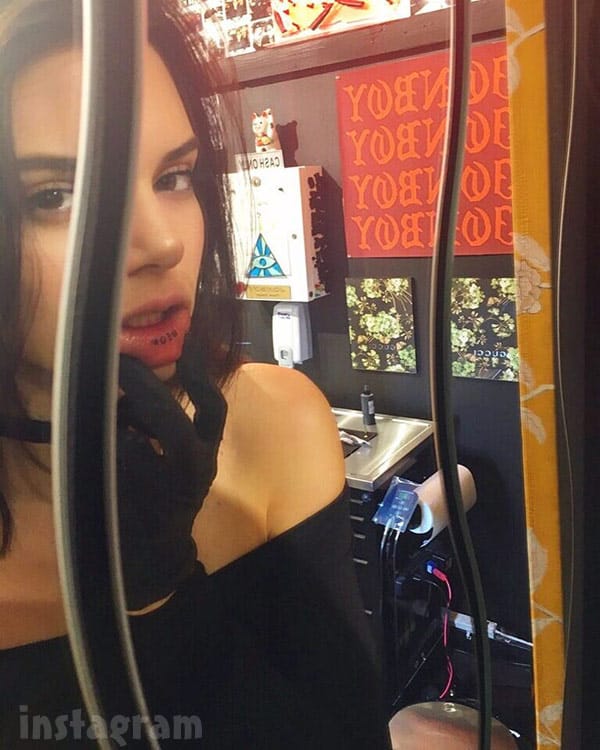 In Keeping Up With The Kardashians lip news that doesn’t have to do with Kylie Jenner, big sis Kendall Jenner added to her discreet ink collection by visiting famed New York City tattoo artist JonBoy for a lip tattoo!

It was JonBoy who posted the photo above, in which you can see Kendall showing off the word “MEOW” printed in all caps in the inside of her lower lip. Here’s a zoomed-in view of the runway-friendly body art, with the mirror image reversed: 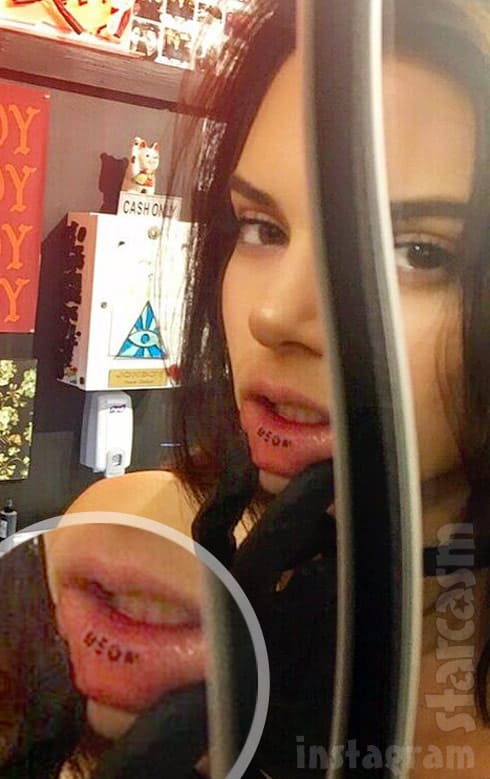 The meow lip tattoo isn’t actually new for Kendall, but merely a touch-up. She revealed that she had already had the ink to Allure photographer Patrick Demarchelier late last month, but, at the time, it was severely faded — thus the touch up from JonBoy. From Allure:

Though she’s written about her two tiny tattoos on her site back in April, Kendall Jenner’s lip tattoo has stayed top secret—until now. The model has matching broken-heart finger tats with her best friend Hailey Baldwin, but at her Allure cover shoot, she told us about another one, on the inside of her lower lip. It reads “meow,” and she revealed the secret ink to photographer Patrick Demarchelier during the day’s session. Sadly, lip tats can fade, as Kendall Jenner’s has done since our shoot, according to her rep.

Inner lip meow tattoos are a very popular trend, especially among young women. And Kylie isn’t the first celebrity to have the cat talk permanently etched inside her mouth — here’s tattoo super model (and Orange Is The New Black star) Ruby Rose showing off her cat tat: 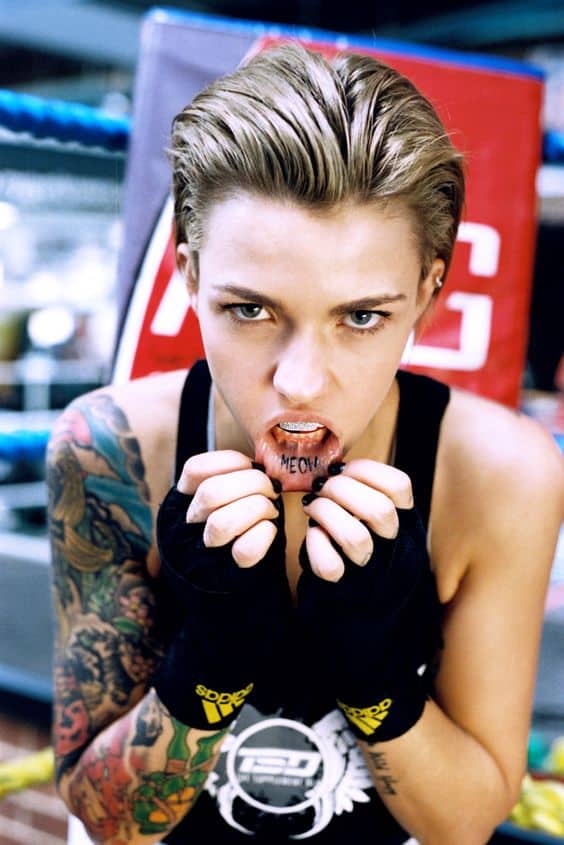 Although it’s not the word meow, pop star Miley Cyrus also paid homage to felines on her inner lip with a sad cat emoji tattoo. So how long before “What’s the matter? Cat got your lip?” becomes a celebrity meme? Or would it just be the #memeow hashtag?

$200k worth of Kendall Jenner’s jewelry stolen during house party