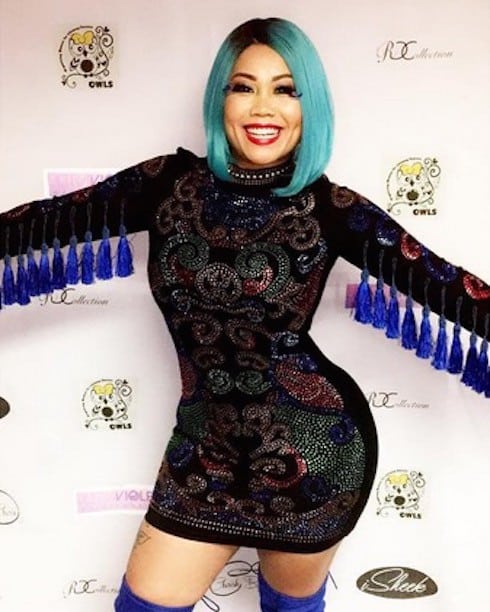 LHHATL has officially begun teasing the Lovely Mimi criminal record, so it’s likely to come out on the show soon. Fortunately, we spilled that tea weeks ago, so now it’s just a matter of seeing whether the show leaves any details out–or brings up new ones!

As we reported in advance of Lovely Mimi’s first appearance on Love & Hip Hop Atlanta, the 25-year-old was arrested on drug trafficking and firearm charges in her home state of Maryland back in 2013. Mimi spent three days in jail before appearing in court, where the prosecutor, for reasons that remain unclear, filed for noelle prosequi on five of the six charges pending against Mimi. The sixth, a possession with intent to distribute charge, netted Mimi a suspended prison sentence of just under one year, plus court costs and a $75,000 bail tab. (Click here to read the full report with court records.)

Of course, the Lovely Mimi criminal record comes up in reference to another cast member’s checkered past: namely Tommie and her dozens of mug shots from LHHATL Season 5. And “mug shots” are the name of the game in the sneak peek VH1 just offered up…

…because it doesn’t appear that Lovely Mimi’s mugshots are available in any public database. (It does appear, however, that Maryland is one of the states where an individual can pay to have her mug shots removed from such databases. Given what happened with Tommie last season, it’s possible that VH1 had them taken down when Lovely Mimi was added to the cast this year–or that Mimi herself paid to have them removed before moving to Atlanta.)

Nonetheless, it’s *also* clear from the clip above that Joseline can still be as snarky as we’re used to, even when she says she wants everyone to kiss and make up–and that she may be roping Mimi into her plans.

Josh Duggar almost got arrested for failing to appear in court