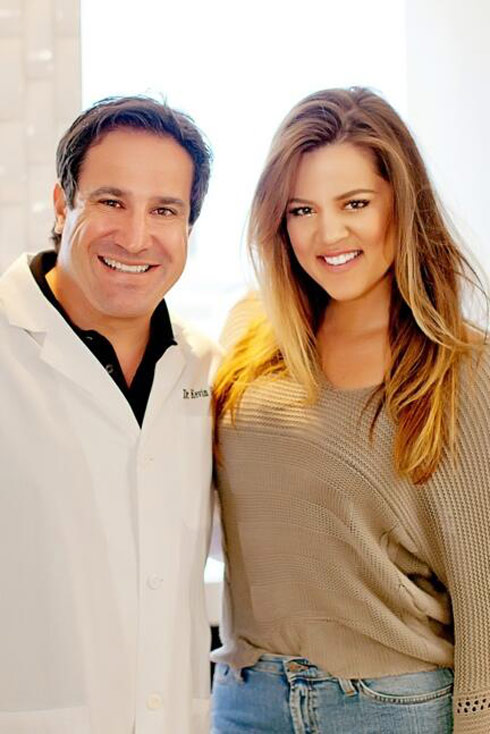 Khloe Kardashian and her sisters are some of the most beautiful women in the world — but there’s always something people wish they could change about their appearance, even the Kardashians. For Khloe, she’s always been a bit self-conscious about her teeth — but, with a little help from her dentist and Invisalign braces, she now has a reason to smile!

“Thank you Dr. Kevin Sands for being the best dentist ever! If only we could all be put to sleep like Lamar,” Khloe tweeted on May 9 in a nod to an episode of Khloe & Lamar which featured a more than loopy, post-dentistry Lamar. The next day, Dr. Sands posted the photo above along with the caption, “The beautiful Khloe Kardashian stopped by, always a pleasure to have her and Lamar visit.”

And just in case you were wondering, here is a “before” photo of Khloe Kardashian’s teeth taken in April of 2012. 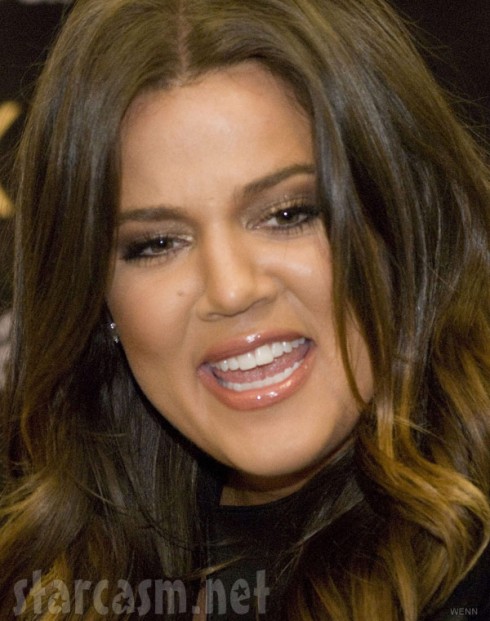 (Her teeth look great to me! But I suppose it’s an issue of great vs. perfect.)

Now that Khloe has a picture perfect smile, she’s on to the next thing that needs a little tweak — her arms. “They are the first place I’ll gain weight and the last of the weight to go,” the former X-Factor host explains to Redbook Magazine in their June issue. “I’m insecure about them, but there are ways to disguise them. I’ve learned to invest in cute cardigans. There are so many sheer and crocheted ones that are airy and you can still wear them with a little sundress.”

At this point, Khloe doesn’t have much to hide. In the last several months, she’s lost over 20 pounds and she’s looking better than ever. “I decided about six months ago to eat better and try to exercise regularly,” she tells the mag. “I love food. I’m never going to stop going out to dinner or enjoying a piece of birthday cake because I’m on a constant diet.”

How Kim Kardashian and other stars stay fit while pregnant