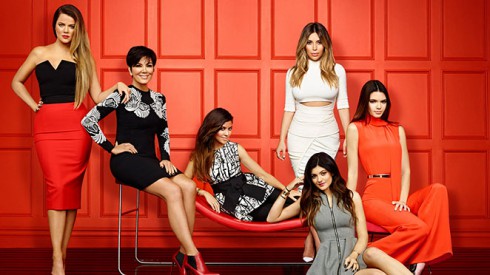 If there is a Guinness World Records entry for Biggest Reality TV Deal, the Kardashians have officially taken the title: Sources confirm Kris Jenner just secured an incredible $100 million, 4-year contract with E!

“You’ll be seeing a lot more of the Kardashian family,” one source told Page Six. “This is a huge deal, which will see their involvement with the network and its digital properties expand well into the future.”

Another source told Us Weekly that Kris threatened to leave the network if her demands weren’t met.

“This has been in the works for almost a year,” the insider said. “Kris is a fierce negotiator. They were not planning on leaving E!, but she was playing major hardball and threatening to leave. E! needs them.”

The deal includes Kim Kardashian, Kourtney Kardashian, Khloe Kardashian, Kendall Jenner and Kylie Jenner — but not Bruce Jenner, who is working on his own reality show. There’s no word on Rob Kardashian’s involvement.

Predictably, the contract covers four new seasons of Keeping Up With the Kardashians and spinoffs, such as Kourtney and Khloe Take the Hamptons. It also creates new opportunities for the Jenner girls, whom the network reportedly sees as up-and-coming cash cows. Insiders said it should also provide room for Khloe to expand her red-carpet hosting roles, for Kim to produce her own shows and for Kris to launch a Kardashian YouTube channel.

E! executives are said to believe the Kardashians are worthy investments because of their “huge social media following.” The network is supposedly willing to cut other costs in order to keep the family happy.

Kylie Jenner and Tyga drama: Did he cheat with Blac Chyna while trying to get back with Kylie?