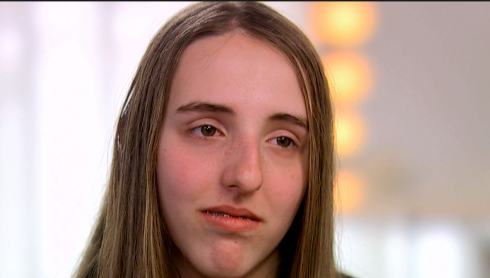 The Little Baby Face Foundation, a NYC nonprofit, is offering a controversial service: free plastic surgery for low-income teens with facial deformities. NBC’s Dateline followed the story of four of these teens, including 15-year-old Renata, a young girl who used to compete in beauty pageants, but has been homeschooled for three years because of the torment she received in school.

The problem escalated for Renata when she was 13-years-old, and she now has no friends and spends most of her time indoors playing video games. She used to be involved in a number of activities as a child, but by the sixth grade, other children started treating her with cruelty over her looks. She started asking to stay home from school, saying she was sick all the time, and eventually her mom signed her up for online homeschooling classes. After two years she finally confessed to her mother that she didn’t want to go to school because the other kids teased her about her nose and called her ugly.

“I’m afraid I’ll never have any friends or anyone to be there for me because I can’t ever leave the house, ever, and I don’t want anyone to see me.” Hoda Kotb pointed out that often adults end up embracing the things that made them feel different, or subconscious as a child. Is it really a good idea to get plastic surgery while you’re still growing and developing into who you are?

But Renata felt that this isn’t just a phase. “I guess in a few years from now, if I didn’t change anything, I would still feel the same way because of what the kids were saying about me. I would still feel back about it, and everything.”

Although plastic surgery can be extremely pricey, and isn’t covered by insurance, Renata has a chance at getting the procedure she thinks will change her life through The Little Baby Face Foundation.

Some experts think that this approach to responding to social pressures and bullying is the wrong one. “Are we saying that the responsibility falls on the kid who’s bullied, to alter themselves surgically?” psychologist Vivian Diller asked on the show. “We really have to address the idea that there should be zero tolerance of bullying, and maybe we even have to encourage the acceptance of differences.”

Dr. Thomas Romo, a plastic surgeon who runs the The Little Baby Face Foundation, says that this is exactly what we need to do. “You take a child, and you change the way they look – to anybody who sees them, they’re good looking, that gives that child strength. We can’t go after the bully. We can try to empower the children.”

What do you think? Should teens with facial deformities undergo plastic surgery in response to bullying?

VIDEO Vintage Swayze had Pabst Blue Ribbon on his mind