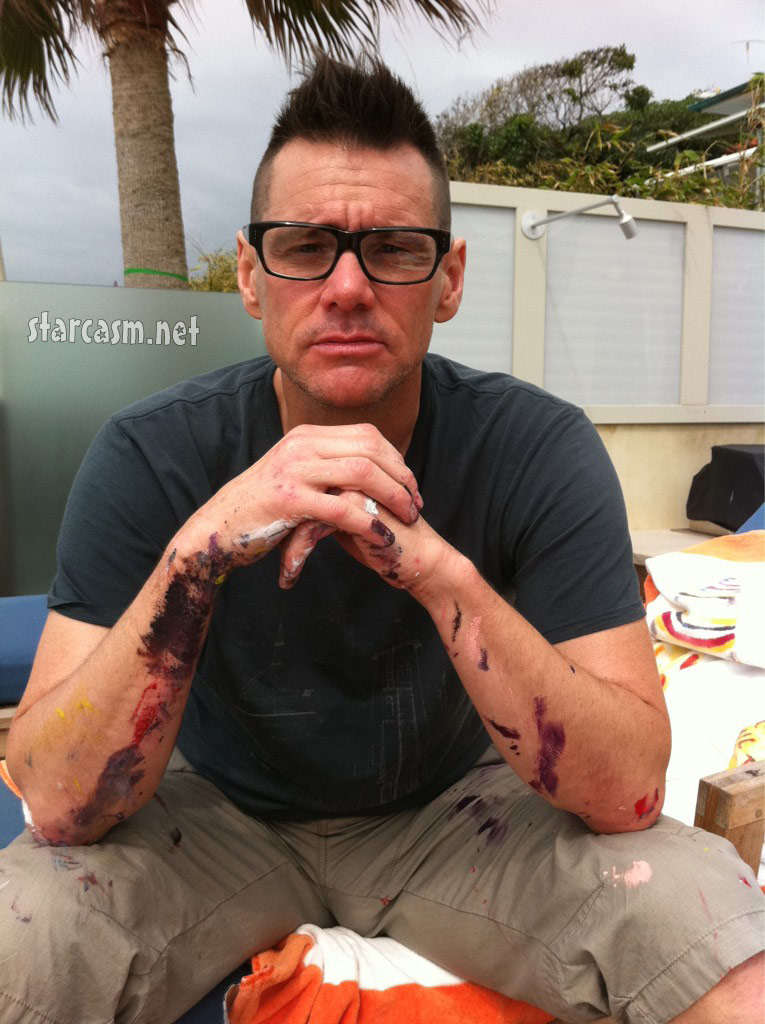 Jim Carrey may be the most tweetinest celeb around. He’s the king of using random key items to make silly faces just like he’s the king of actual silly faces but one of his most recent tweets caught my attention.  That would be the following one that included the awesome mohawk hipster glasses combo you see above!

Dude may be a paint brush but he looks like that Michael Douglas character from Falling Down!  I’m usually indifferent about Carrey but I have to admit I’m digging his new look.  As for his paintings well you can check out an example of that here.