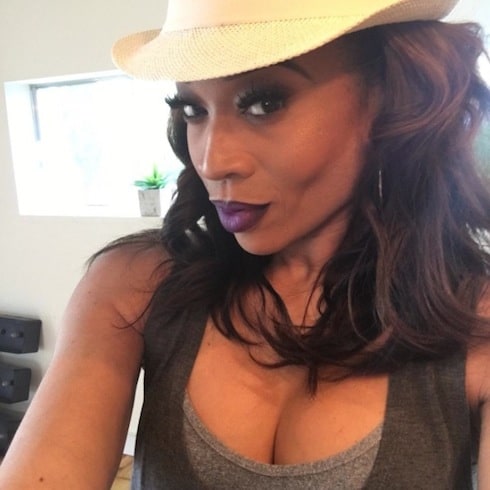 It looks like the Mimi Faust Chris Gould split is real–meaning that the Love & Hip Hop Atlanta star’s newest relationship ended almost before viewers got a chance to watch the drama unfold. Following an over-the-top introduction to Mimi and Chris in the first episode of LHHATL Season 5, the Mimi-Chris storyline got less and less airtime, and was capped off by some serious shade that Chris recently threw on social media.

It was only a few days ago that Chris took to Instagram for a series of since-deleted confessionals, in which the native Atlantan disparaged the whole reality TV experience, up to and including Mimi’s Love and Hip Hop Atlanta castmates. “I’m motherf*cking tired. I’m motherf*cked,” Chris declared, and added: “If you a real n*gga, do not go on reality TV, ever!”

“I don’t think that I would ever want to do this again in my life,” Chris said, before suggesting that “the magic of editing” was to blame for most of the show’s drama. “I want to do stuff for like GLAAD and stuff,” Chris concluded; “Go on Empire and sh!t, be great….I think it takes a [soulless] person to be on reality TV.”

Then, just a few days later, Mimi took to Instagram to share a photo of herself and a friend gallivanting about town. Chris confirmed that he and Mimi were through in a comment that Chris has also since deleted–though we have a screencap, courtesy of Club Petty: 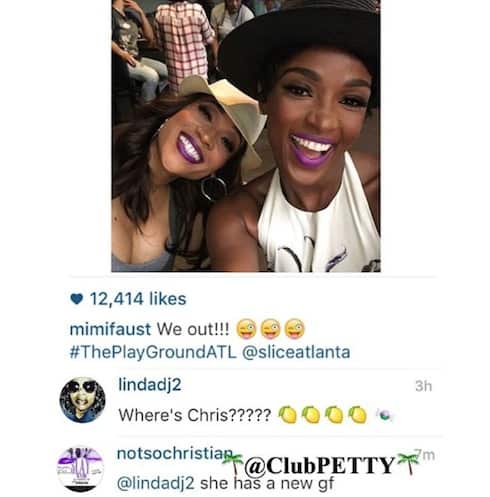 It’s worth pointing out that Chris Gould’s Instagram handle is “notsochristian_,” and, if there is an underscore after “christian” in the screencap above, the palm tree obscures it.

However, neither Chris nor Mimi ever updated their social media pages to include photos of each other.

BEFORE THE 90 DAYS Sean’s ex Abby moves on, is now dating another American businessman