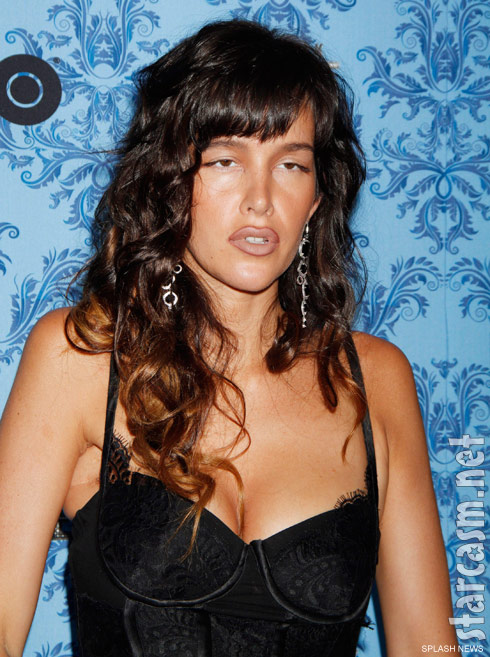 America’s favorite droppy-eyed prohibition agent seductress Paz de la Huerta was in attendance at the November 17 launch party for the Y&J Multiplicity jewelry line by Robert Verdi when she was asked by a partygoer to share a teaser about the season finale of HBO’s Boardwalk Empire. Just as her BE character Lucy Danziger goes a little far with the teasing, so did Paz as she dropped a plot bombshell, telling the partygoer that…

…her character’s baby dies! Yes, that’s Nelson Van Alden’s (Michael Shannon) daughter! OMG! Do you think Van Alden kills her?!? Dude is totally whacko and his wife seemed none to thrilled about his “gift” to her!

Paz is no stranger to cocktails and real life drama, but she hasn’t let something this major slip since her breasts popped out back in January.

The New York Post’s Page Six contacted de la Huerta’s rep, who declined to comment. According to The Post, “a rep for HBO said the cable network ‘does not comment on plot points or story lines.'”

The Boardwalk Empire season finale is set to air on HBO December 11.

Nucky is not pleased.