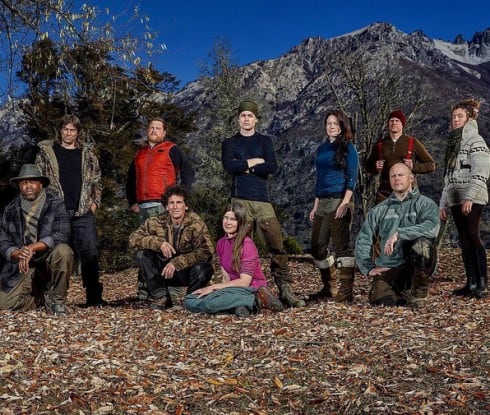 Though it’s too early to say for sure, we may have found out who wins Alone Season 3 on History before the first episode hits the airwaves. A few curious comments on social media may have let the cat out of the bag ten weeks early–or they could all be a cunning trick to attempt the show’s detail-hungry viewership.

Because of Alone‘s unique, participant-filmed setup, the raw material for each season is shot well before new episodes air. Alone Season 3, which takes place in Patagonia, was filmed this past summer, meaning the results of the endurance test are known even farther in advance of the air date than is the case with similar shows. And an intrepid observer of the new season’s cast alerted us to the fact that one cast member seems to be getting an awful lot of extra congratulations from the peers on the show. While this certainly doesn’t mean we can say beyond the shadow of a doubt that we know who wins Season 3, there are a couple of interesting coincidences worth pointing out when it comes to these comments. So, before we show you who said what, here’s another warning that there could, possible, be spoilers ahead. Turn away if you don’t want to be (potentially) spoiled.

The chronology of comments is as follows: In early November, after History announced the Alone Season 3 cast and premiere date, all of the cast members involved shared the announcement on their various social media feeds. (The lone exception was Carleigh, who doesn’t appear to be on any social media platform.) An especially congratulatory exchange between Megan Hanacek and Zachary Gault stands out: 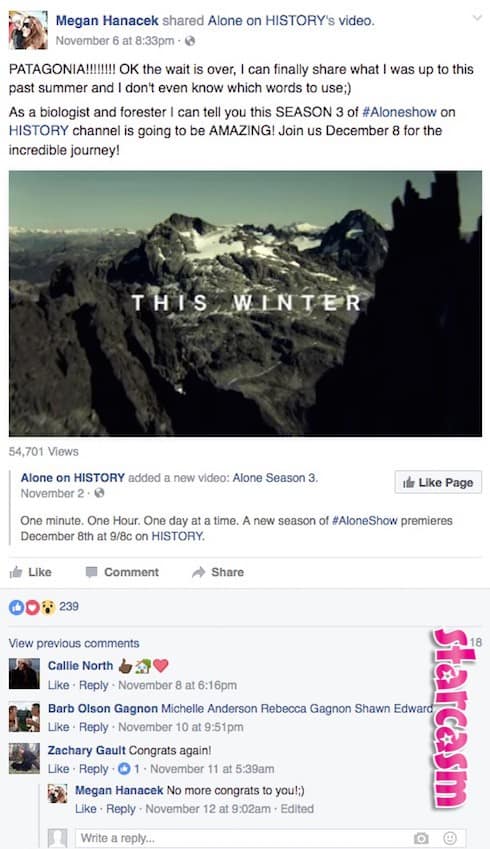 A few weeks later, Megan popped up in the comments under one of Zachary’s Instagram photos, prompting an “omg” response. The comments weren’t deleted, so they could easily be nothing–but they’ve drawn extra attention thanks to Megan’s wink in the Facebook comment: 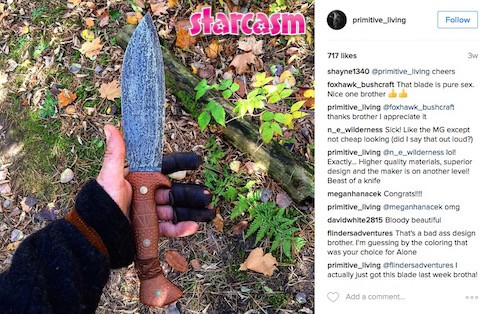 Finally, one week ago, the pair exchanged congratulations once more, again on Instagram, with Zachary joking “enough out of you”: 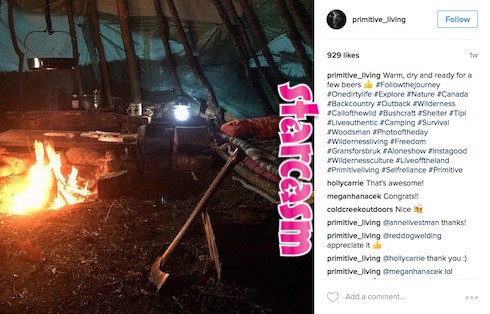 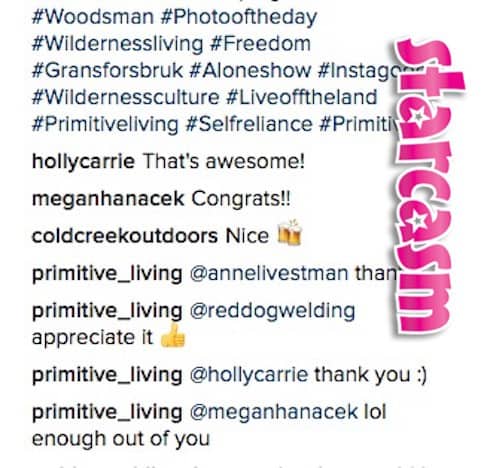 Again: these could be nothing more than happy exchanges between new friends. They do seem all the more curious because no one else among the new cast is getting as much attention or as many congrats on social media, from either Megan or anyne else.

And the comments are getting extra scrutiny as the season 3 premiere approaches because Zachary is one of the early favorites to take home the $500,000 prize this year. Survival Gal lists Zach as one of the two most likely victors, noting that he’s one of the vew participants to talk about “proper wilderness survival activities” in his introduction:

Additionally, upon initial release of the cast list, The Wooded Beardsman listed Zachary is one of the least likely to win it all, because of his low body fat and young age. He’s since updated his list, though, and now has Zachary a strong third.

Is Laura Prepon returning for Orange is the New Black Season Four?