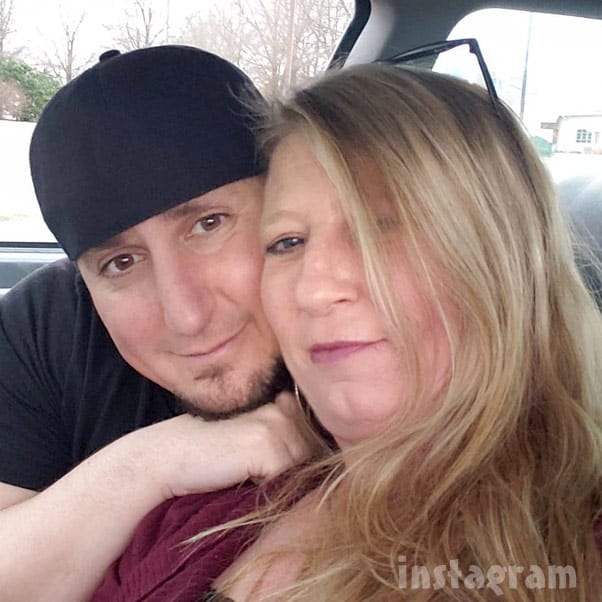 On the current season of Love After Lockup, things are not looking good for Angela and Tony! Shortly after being released to a halfway house, Tony calls Angela, who is trying on wedding dresses, to let her know that he didn’t return to the halfway house and is currently a wanted man. Previews for upcoming episodes reveal that Angela received a text from the US Marshals letting her know that they are looking for her steak-loving beau as she desperately sets out to find him first.

So, what happened? Is Tony still on the run? Did he go back to prison? And if he did, is he still incarcerated?

Going by online federal prison records, it appears as though Tony did go back to prison. That’s the bad news. The good news is that he was released just last month! According to the Federal Bureau of Prisons, Tony was released on August 3.

Judging from Tony and Angela’s Instagram accounts, it appears as though Tony once again went into a halfway house, and was eventually released on August 23:

The two have continued to post photos of each other and laugh about the show, but it’s not really possible to confirm whether or not they are still together as a couple.

UPDATE – If you are curious about the authenticity of the phone call that Angela allegedly received from a U.S. Marshal, she addressed that in the comments section of our Instagram post about this article:

COMMENT: That was NOT a real federal Marshal that called. Come on.

ANGELA: Believe what you choose but I spoke with the federal marshal several times. I still have his number and still text him occasionally when I need something. He is cool as f**k… Just saying.

COMMENT: Bullcrap. No federal marshal is going to call you to give you warning to have someone else return to the halfway house within 72 hours! It is an escape charge which becomes a warrant – They will just bust your door down! This is a FACT! They do not give warnings!

ANGELA: You don’t know sh*t. I lived it. They called me looking for him and wanted to know if I’d talked to him or knew where he was.

ANGELA: Let your man escape. I promise you WILL get a phone call UNLESS they think he is in your house then they will bust the door down.

COMMENT: My husband DID get an escape charge for not showing up to his halfway house and I got NO phone call! They DID bust my door down with my house surrounded with armed agents with plexiglass shields. You don’t get 72 hours to turn yourself in either, that’s nonsense, that’s a security risk, just like a phone call which is considered a warning, they take no chances on a federal offense. The writers of this fake ass storyline should get clued in to reality because real prison wives are laughing at this silliness. My husband has been in and out of prison his whole life so I know BS when I see it but nice try

Regardless of whether or not #Tongela managed to make their relationship last, I want to send a HUGE congratulations to Tony for actually FINALLY getting out! Out of prison and out of the halfway house! Tony has a rather extensive criminal history, and hasn’t seemed to have much success staying out of trouble. We sincerely hope he has spent his last night behind bars.

Hearing the good news will certainly make for some guilt-free entertainment as I watch Tony get chased down by the U.S. Marshals and/or Angela on new episodes of Love After Lockup airing Friday nights at 9/8c on WE tv!

LOVE AFTER LOCKUP Lindsey DID get that quote Scott is mad about from a book!