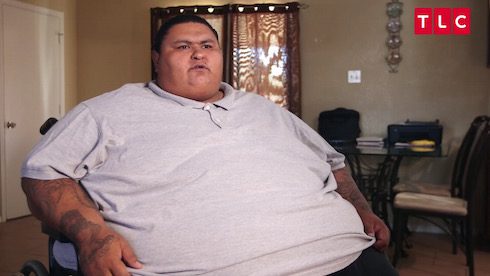 The My 600 Lb Life Michael Dominguez episode introduced viewers to a gentle man whose childhood emotional problems led him down a dark path of overeating — and who was in danger of losing his entire family. But today, Michael has lost and kept off half his starting weight, and his home life appears healthier and happier than ever.

Viewers were taken aback by Michael’s gentle, heartbreaking story, one that involved overeating first as a means of dealing with his father’s strict ways — and then, after his father was imprisoned, as a way of compensating for the absence. “Growing up, there was a lot of anger in my house, because my dad was strict,” Michael said. “And everything had to be a certain way or he’d be mad. He had rules for everything, including food, and I was just afraid of him being mad at me. And I wanted to take on my fear and just eat, but he wouldn’t let me.

Michael’s father going to prison “changed [his] life,” Michael explained, “because I started eating more of what I wanted, and I started being lazier because my dad wasn’t around to stop me,” Dominguez says. “So for the next few years, I just ate and gained.”

At the start of the My 600 Lb Life Michael Dominguez episode, Michael weighed 632 pounds. His wife, Roni, was fed up with how dependent on the rest of the family Michael had become. And the Texas home the Dominguez family had uprooted from Arizona to live in left them all feeling nauseated.

Nearly a year after Michael’s episode aired, though, it seems the Texas transplant has managed to both keep off the weight he lost following gastric bypass surgery *and* lose even more on top of that. Although My 600 Lb Life cast members are not allowed to reveal the amount of weight they’ve lost on social media even after their episodes have aired, this past spring, Michael did reveal that he’s lost “over 300 pounds in total” — meaning he now weighs less than he did as a 14-year-old for the first time since he was an adolescent. 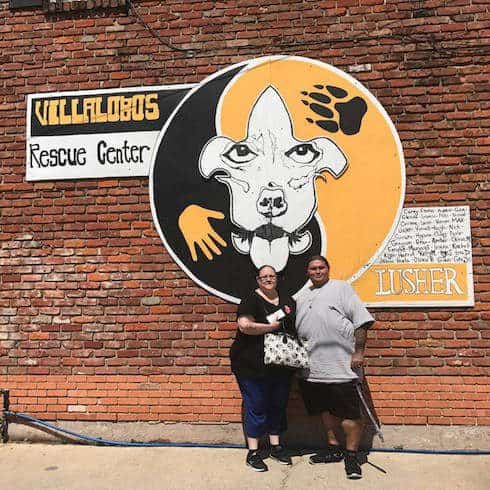 Michael Dominguez and wife Roni in March of 2017 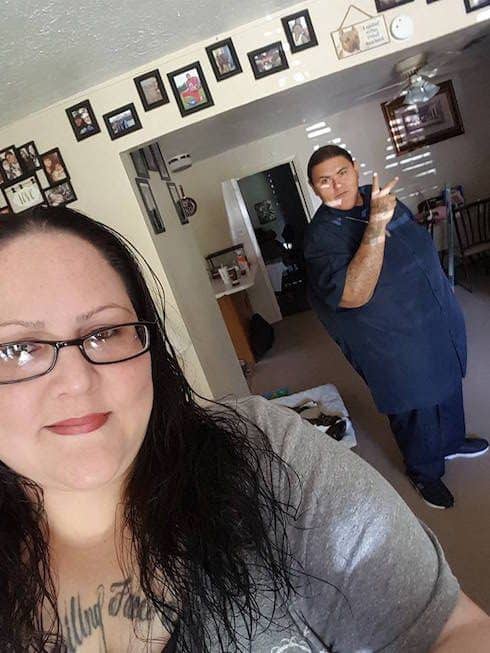 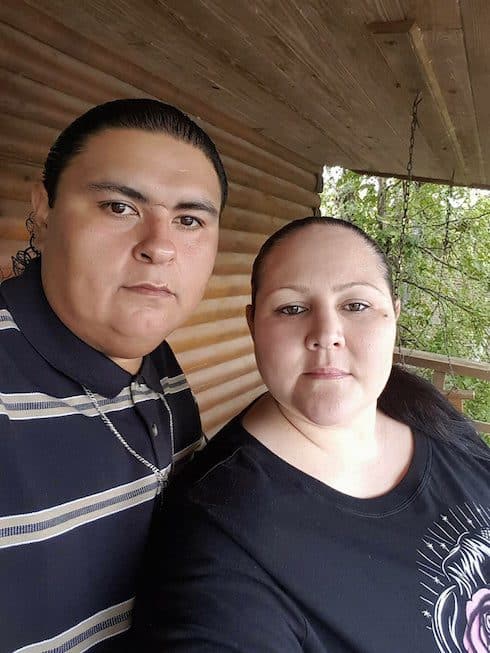 Michael and Roni in November of 2017 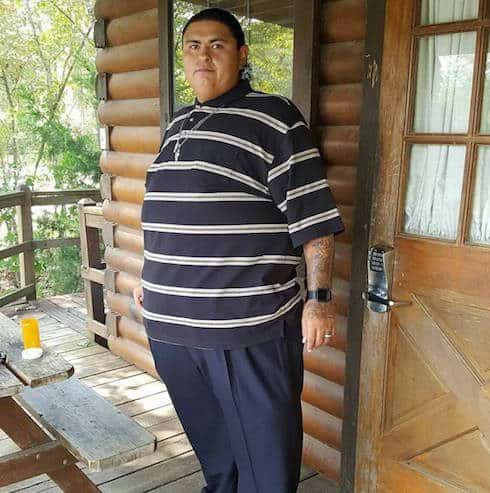 Michael in November of 2017

As a Facebook friend of Michael’s put it when he shared the most recent photo, Michael sure looks like half the man he used to be! Judging by his updates, Michael spends a lot of time outdoors with his children, and his son in particular, as well.

Michael did recently air one grievance he had about the way his family was portrayed in his episode. “The show made it seem like I don’t spend any time with my daughter,” Michael said. “But the people [who] know us know I spend more time with her than with my son because he goes to school.”

And speaking of misconception, Michael also cleared up one of the biggest related to the My 600 Lb Life Michael Dominguez episode. It seems there’s a sizeable contingent of My 600 Lb Life fans on the Great Plains — and in Oklahoma and Kansas in particular — who’ve been wondering about Michael’s ancestry. He isn’t Native American, though; as Michael clarified, he’s straight “Chicano.”

Finally, Michael didn’t say whether fans should expect to see him again when the next season of Where Are They Now? airs in early 2018. But Michael’s wife Roni did tell one fan that the Dominguez family can’t yet move back to Arizona, as they “have another couple years” in Texas. Given that timeframe, it seems at least possible that we’ll get a second My 600 Lb Life episode before long.

You can revisit Michael Dominguez’s appearance on the show by streaming My 600 Lb Life here.