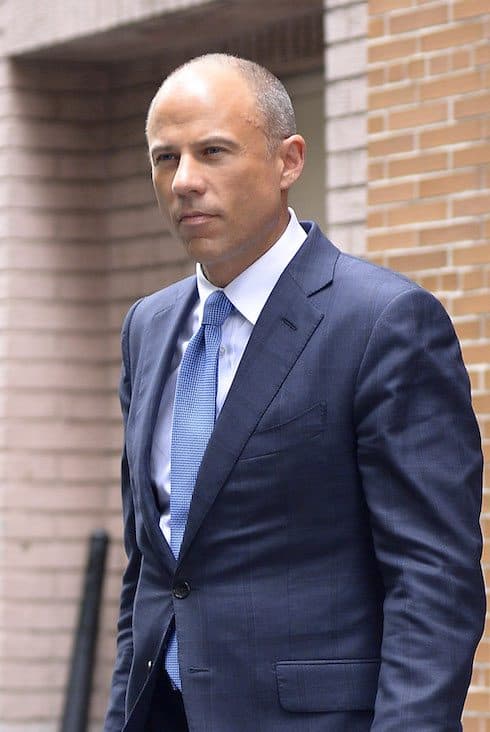 VOX – What does Michael Avenatti know about Supreme Court nominee Brett Kavanaugh — and when is he going to spill the tea? His alleged client, who will be either the third or fourth woman to make a sexual assault claim against Kavanaugh, is expected to come forward today or tomorrow

CELEBITCHY – Speaking of Kavanaugh, he sat for a near-unprecedented interview with Fox News in which he claimed he was a virgin through high school and well into college. The admission was calculated to appeal to evangelicals and Catholics and others who admire sexual restraint, but it’s still worth pointing out that you can be a virgin *and* do the things of which Kavanaugh’s been accused

JEZEBEL – In other true crime news, Netflix announced that part two of Making a Murderer — as in, a brand-new batch of ten episodes — will drop on October 19th

THE ASHLEY’S REALITY ROUNDUP – Laura DeMasie, best known for being the best friend of Jana Duggar, has taken to Twitter to shoot down rumors that she and Jana are dating. (Also worth pointing out: Laura did it only after Derick Dillard could convince no one.)

REALITY TEA – Dorinda Medley thinks Lady Gaga’s mother Cynthia Germanotta should join the Real Housewives of New York cast. This is most definitely a good idea (one that Cynthia will likely entertain for two seconds tops before rejecting, but still) and needs to be pursued

THE BLAST – It sounds like an urban legend made in poor taste, but apparently it’s not: Bill Cosby’s first prison meal included pudding for dessert. No word on whether it was Jell-O

LAINEY GOSSIP – Meghan Markle wore a long-sleeved black Givenchy for her very first solo outing as the Dutchess of Sussex — how does it look?

DLISTED – Here’s Lady Gaga, Bradley Cooper, Andrew Dice Clay, William Bell, and a host of other stars and people at this week’s premiere of A Star Is Born