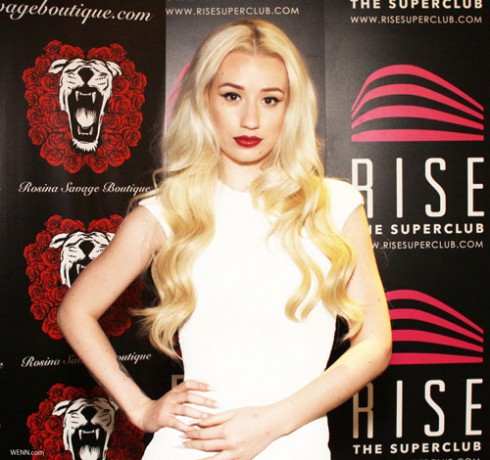 23-year-old Iggy Azalea has already lived quite a life. Iggy was born Amethyst Amelia Kelly in Sydney, Australia, and her family relocated to Mullumbimby, New South Wales to live in a house her father, an artist, built himself with mudbricks.

Iggy’s mom was a house cleaner, and when she was a young teen, Iggy worked with her mom as a maid so she could save up money to pursue her dreams. She was inspired by Tupac at age 11, and by 14 she decided she wanted to be a rapper.

At the tender age of 16, Iggy had saved up enough money to send herself on a “holiday” to Miami, but she never came home. Instead, the teen spent the next several years trying to make it in the music industry. In her single “Work” off of her upcoming album The New Classic, she autobiographically raps: “Two feet in the red dirt, school skirt / Sugar cane, back lanes / Three jobs, took years to save / But I got a ticket on that plane / People got a lot to say / But don’t know shit about where I was made / Or how many floors that I had to scrub / Just to make it past where I am from / No money, no family /Sixteen in the middle of Miami.”

In an August interview with Fuse TV Iggy again talked about her hardworking past, which she doesn’t regret in the slightest. “When I was a cleaner, the worst thing I had to do for a paycheck was clean up human sh*t off a doormat . . . But it was worth it.”

Even though she ran away, she says her parents were aware of what was going on and accepting of it. “They’ve always been happy for me and have always wanted it for me,” she says. “I guess technically I did run away, but it didn’t feel like that for me or my family because they let me go. In a way it was me rebelling, but in a way it wasn’t – my mother never fought the feeling, she just let me go. She’s always wanted to see me be successful at the thing I love, which is this, and I think she’s really proud of me. She actually emailed me this morning because my bank statements still get sent to my house in Australia! She opened it and was like, ‘I’m very, very proud of you!'”

Iggy took a DIY approach to her music career, garnering a fan-base through making her own music videos and mixtapes. Her “Pu$$y” music video‘s attention-getting tactics paid off: it went viral and she had her foot in the door to make a name for herself. She was offered several record deals along the way, but says she didn’t want to sign until she was sure the major label would trust her with what she wanted to do.

Where did she get the name Iggy Azalea?

Iggy’s real name sounds like a stage name to dream of (Amethyst Amelia Kelly,) but she decided to change it for several reasons, one of them being because her real name IS such a good name. She told U.K.’s Idol Mag: “Just because I think that when you’re an artist people talk loads of shit about you. They say things that aren’t true or aren’t fair. You don’t get to have a lot of things that are special anymore… that are just your own. Everything gets butchered. Relationships do, your family members do. I really like my name, Amethyst Kelly, and people say it’s such a great name, but because it’s such a great name, that’s why i’ve changed it. It’s one thing that no one can take from me, that is special, that my mum gave to me when I was born. I don’t want people to be able to take it away from me.”

The name Iggy Azalea is a combination of a street she once lived on (Azalea) and her dog Iggy (who was named after Iggy Pop.)

Is her butt real?

Iggy’s gotten a lot of attention for her curvy hips, which of course leads a lot of people to wonder if she’s had some enhancements. Brazilian butt lifts, which transfer fat from other areas of the body to the behind, are pretty popular, but Iggy insists that she’s had nothing done. 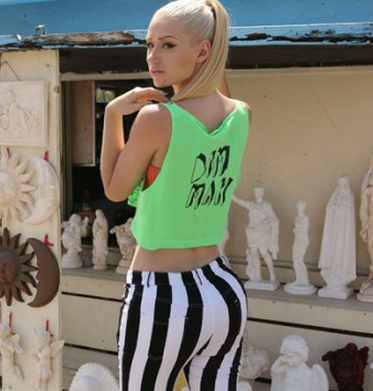 MediaTakeOut.com published some photos from a concert they say prove that her booty is the real thing (because it shows a little normal cellulite.)

Melissa Gilbert has breast implants removed, says ‘I am concerned for my health’