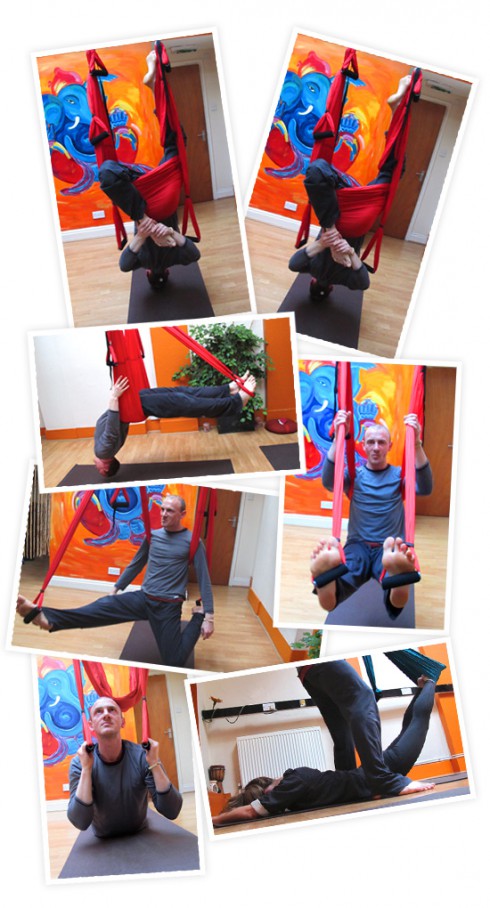 Aerial yoga studios don’t really need Gwyneth Paltrow’s help with publicity — but I doubt it hurts. The fitness-loving actress recently took to her lifestyle blog to talk about the new exercise craze.

“We spent an afternoon in Richard Holroyd’s intimate studio that houses four AntiGravity Hammocks — basically a hammock made of silk that you can lie, hang, stretch in and more,” Paltrow wrote on her lifestyle blog.

Developed in 1996 by acrobat Christopher Harrison, aerial yoga takes participants through a variety of poses while they are suspended in silky hammocks. The concept sounds a little whacky, but touted health benefits range from deep relaxation to increased core strength to a heightened creativity.

“In comparison to other yoga classes, the moves felt constructive without feeling like a chore,” Paltrow wrote.
The moderate-intensity classes may be particularly beneficial for those nursing injuries or bad joints. Harrison said he struggled with traditional yoga because of wrist pain, but he found that was a non-issue while in the hammock. Harrison, 50, even said that his mom likes to participate.
“My mom can do it, everyone can do it,” Harrison told the Daily Mail. “That was the most important thing to me, that it is inclusive.”
Aerial yoga studios have also been popping up around the world, so you don’t have to trek to the original in New York. Or you can order a hammock for your own house… That would be a good party conversation.

Dog the Bounty Hunter is coming for Randy Quaid