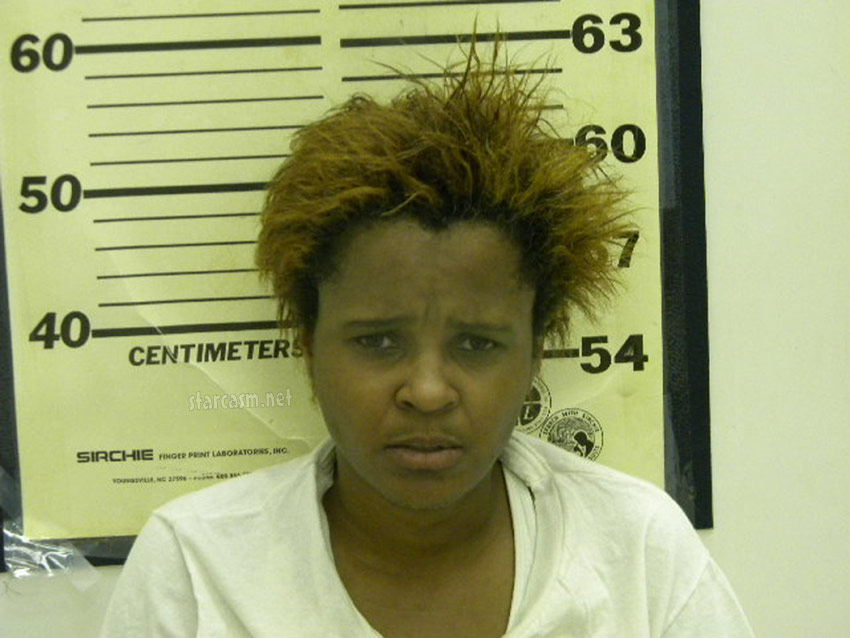 Look, I understand there’s a lot of outrage out there because of the Casey Anthony verdict but I think Shireen Nalley from Oklahoma took it too far!

Here’s how this crazy act went down. A young woman named Sammay Blackwell works as a clerk at a gas station. As she left work she was followed by the lady you see above and then rammed off the road where Sammay’s truck flipped over twice. As Blackwell explains it, instinct kicked in and she pretended to be dead so whatever maniac who had it out to kill her might leave her be.

While playing dead Nalley got out of her mini van that had become what is now legally referred to as a deadly weapon and yelled at the defenseless Sammay, “You’re trying to kill babies.” I am not kidding with you. This happened and yes it was all because Miss Blackwell sort of looks like Casey Anthony.

Here’s a video interview with Sammay:

Vigilante justice is not justice, at least not in America folks. I used to worry for Anthony’s safety upon release from prison now I’m downright fearful for her life. Out of necessity here’s a side-by-side of Anthony and Blackwell. If I were Sammy I’d go get my hair colored red or something. Madness! 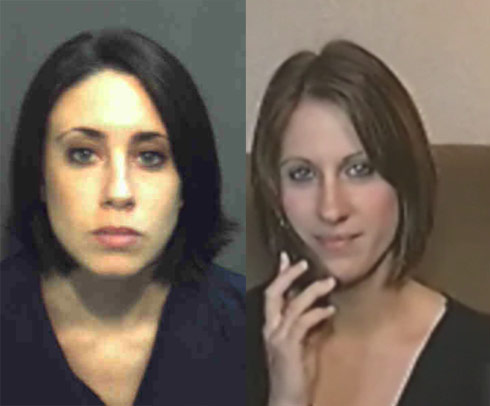 There is a resemblance no doubt, so maybe Nalley had…. WAIT – Shireen Nalley ran this poor woman off the road trying to kill her. Nalley has been charged with assault and battery with a deadly weapon.

On a post note Sammay does happen to have a daughter named Caylee.

UPDATE: TMZ’s found another angle to this story. The police report cites nothing about Sammay’s resemblance to Casey Anthony being a motive for Shireen. Sammay also spoke to TMZ, telling them that the television station that ran the story made up the whole Casey Anthony angle, but if you watch the video above you’ll see both Sammay and her mother actively participating in the Casey Anthony connection. It may be true that producers or reporters helped steer them in that direction, but it’s obvious from the video that they blatantly made the claim on camera that they thought Shireen attacked Sammay because of the resemblance.

Jennifer Aniston: I was a ‘dumpy teenager’ who went ‘goth’