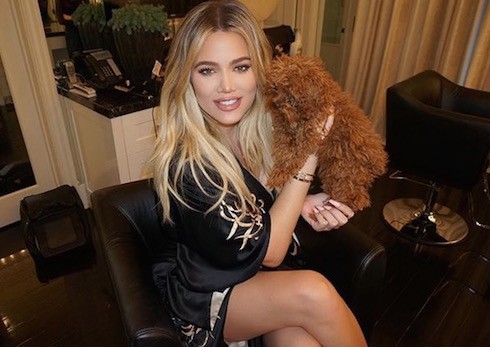 We might be well within the baby bump speculation phase of Khloe Kardashian’s pregnancy, but the extra attention being paid to Khloe’s every social media post means that old gossip about her baby’s gender is coming under scrutiny once again. A few weeks back, Us Magazine broke the story of Khloe’s alleged baby boy, and that’s been the prevailing belief ever since. However, a few choice IG updates have fans wondering: Is Khloe Kardashian having a boy or a girl?

Most of the speculation seems to be based around the string of photos Khloe shared from Kim Kardashian’s baby shower this weekend. The caption is all about Kim’s third child, but the specific location–i.e., right beneath a huge spray of pink cherry blossoms–set gossip circles ablaze:

It helps if you remember that the Us article on the gender of Khloe’s baby doesn’t actually cite any sources at all–either anonymous or named–in making its declaration. And most of the article isn’t even about the baby’s gender; rather, it deals with Khloe’s diet and fitness regimen. So the whole story is an unusually rickety house of cards, even by Kardashian gossip standards.

And speaking of baby bump updates (bupdates?), here’s the third in a month-long string of alleged Khloe Kardashian baby bump shots. Devotées will recall that the first came about a month ago, also on Khloe’s Instagram page, in conjunction with a jean-based ad campaign for her Good American clothing line. Then, a few weeks later, Khloe was photographed stepping out of Bloomingdale’s in New York City and sporting what many claimed was a clear baby-based curve.

You guys are going to love our new @goodamerican velour sweats and velvet bodysuits!! You can mix and match colors (I'm obsessed with the burgundy!!) or team a bodysuit with matching sweats for a super cute look. These are SO comfy for the holidays. Available now on GoodAmerican.com

It might be worth pointing out that, so far as we know, Khloe still reportedly plans to induce labor during the NBA All-Star Game this February, meaning she’s about six months along. So, either that date is wrong, or Khloe is simply not a shower.

For comparison’s sake, here’s a full-length shot of Khloe at the VFILES pop-up taken around the same time as the above shot: 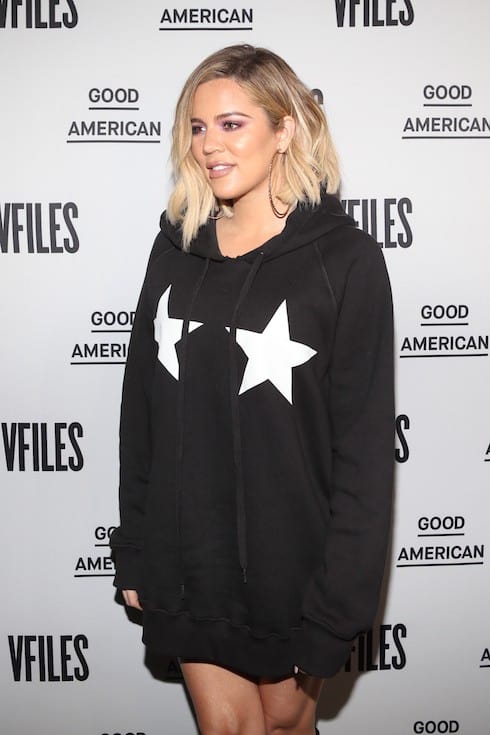 (Photo credits: Is Khloe Kardashian having a boy or a girl via Instagram, Derrick Salters / WENN.com)