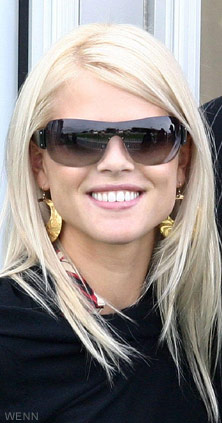 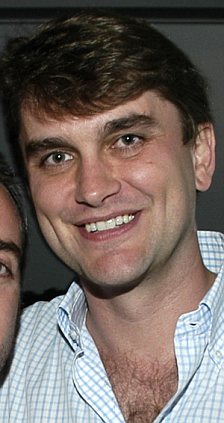 ^ Elin Nordegren has reportedly been dating Jamie Dingman for months

It’s been almost a year since Tiger Woods and Elin Nordegren Woods snuck into a Bay County, Florida courthouse and finalized their divorce after Tiger’s numerous infidelities with numerous assorted mistresses surfaced in the press. After their split Elin returned to her home country of Sweden where she lives with her two children and a huge bag stuffed with $100 million received in her divorce settlement.

But, according the The New York Post, Elin, daughter Sam, son Charlie and her bag of money have recently been joined by Jamie Dingman, son of billionaire Michael Dingman. The Post reports the couple have been dating for months after first meeting at the Red Cross Ball in Florida last January attended by Princess Madeleine of Sweden.

Jamie isn’t just a trust fund kid though. From The Post:

Friends say Jamie is an accomplished emerging-markets veteran who has represented his father’s interests in China for the past six years. In the mid-1990s, he specialized in Russian private equity funds. He also owned an Indy car-racing team sponsored by World Childhood Foundation, a charity founded by Queen Silvia of Sweden.

Most recently Jamie has been heading up his father’s company Shipston Group’s operations in China and splits his time living there and in the Bahamas where Shipston Group os headquartered. (And apparently Sweden now too!) 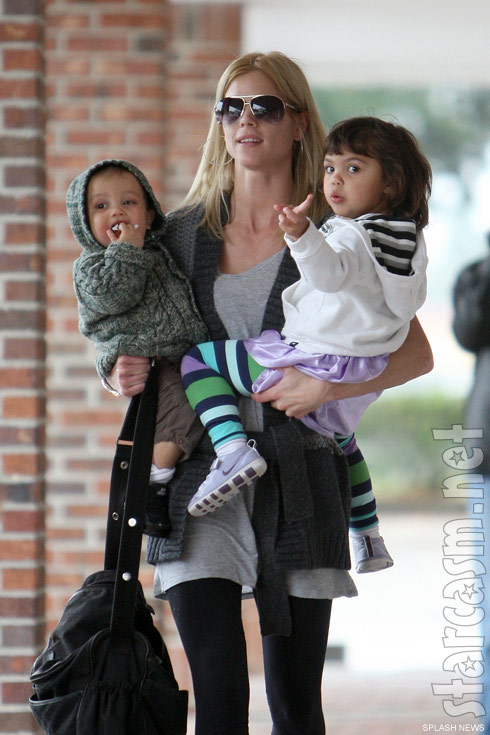 ^ Elin Nordegren with son Charlie and daughter Sam in February, 2010

Although Jamie has managed to remain almost completely off the media radar, he does have a rather impressice celebrity hokk up resume that includes Tom Brady’s baby momma Bridget Moynahan and possibly even Princess Madeleine of Sweden herself!

“He’s never been so happy. He and Elin have strong feelings for each other,” a friend said. “He’s a classic all-American guy. He’s handsome, a total gentleman and low-key. He’s never been in the press. Elin’s a very lucky girl; he’s a great guy but very private.”

As far as his father, here is a brief overview of his amazing career from the web site of the Robert H. Smith School of Business at the University of Maryland:

Dingman spent 21 years at the Ford Motor Company as former director, and 24 years at Time Inc., and then Time Warner Inc. He has served as a director of Mellon Bank Corp., Temple Industries Inc., Temple-Inland Inc., Continental Telephone Co. and Teekay Shipping Corp.

Dingman previously was chairman and chief executive officer or president of several major U.S.-based industrial corporations, including Wheelabrator-Frye Inc., Signal Companies Inc., AlliedSignal Inc. and its Henley Group Inc. spinoff. The $1.2 billion Henley public offering in 1986 was the largest in history at the time.

All three of Dingman’s sons, Jamie, David and Patrick are involved in the company. Jamie heads up Shipston operations on the ground in China.

Congrats to Elin for not only moving on but for somehow managing to do it virtually off the grid! Throughout the entire Tiger Woods scandal she seemed to only verify the public’s perception of her as a very private and upright woman, so I think it’s great that she’s moving on – and with someone that the New York Post reports doesn’t play golf!