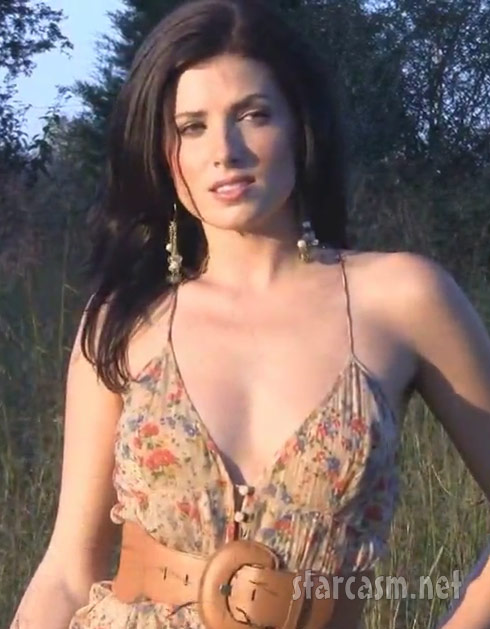 VH1 has announced the cast for their upcoming second season of “You’re Cut Off” the enjoyable show that attempts to scare queen bees straight by severing their seemingly endless and undeserved sources of money.   The show features the return of life coach Laura Baron as she tries to take 8 pampered princesses and show them there is more to life than pedicures and tanning sessions.

One of the 8 young women who will be cut off from mommy and daddy’s purse strings is former 2006 Miss Tennessee U.S.A. Lauren Grissom.  As you can tell from the above photo Lauren is a heck of a looker and according to what I could find the rocky top gal is used to getting her way.  A brief bio posted by VH1 says of Lauren that:

Lauren is the self-proclaimed “HBBQ”: Has Been Beauty Queen. She was crowned Miss Tennessee 2006 and competed in Miss USA 2006. Lauren took seven years to graduate college so that she could avoid getting a job for as long as possible. While her parents pay for her rent and her lifestyle, Lauren dreams of being the President’s wife.

She may dream of being the President’s wife but she’s actually been the main squeeze of a country music crooner which might even be a greater feat in her hometown of Nashville, TN.  Her beau was Jake Owen (I’m not sure if they are still and item) who has fielded a few top 20 hits including, “Startin’ With Me” and “Don’t Think I Can’t Love You.”  In the video for the latter Lauren makes a cameo as Jake’s Juliette as she struts down from a balcony to give Jake a sweet ol’ Tennessee smooch.  Here’s the clip followed by a couple of screen shots, Lauren’s part comes in towards the end:

As promised here are a couple of screen grabs from the video that highlight the lovely brunette: 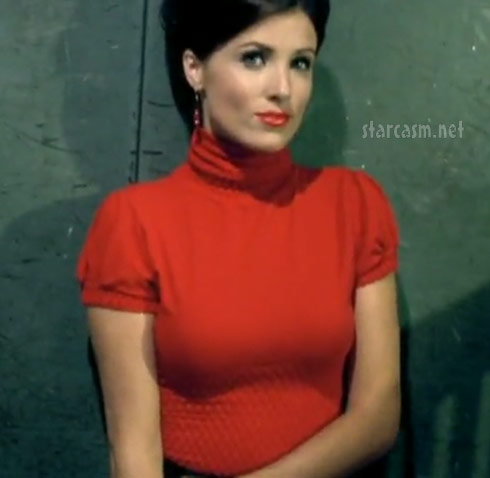 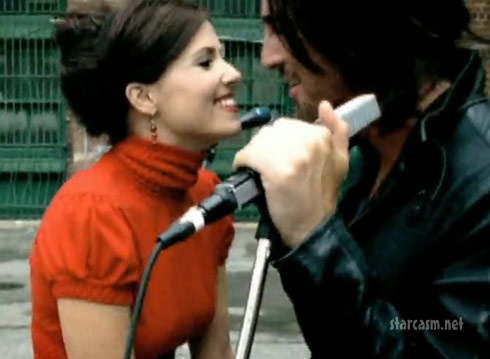 I was also able to dig up the following photo of the couple from the 44th Academy Of Country Music Awards from back on April 7th, 2009:

Grissom is established enough in her own right to have a Wikipedia page dedicated to her.  Here is her full bio from that source:

Lauren Blair Grissom (born 1985) is a beauty queen from Shelbyville, Tennessee who has held the Miss Tennessee USA title.

Grissom won the Miss Tennessee USA title in a state pageant held in Clarksville on 7 October 2005.

Grissom represented Tennessee in the Miss USA 2006 pageant broadcast live from Baltimore, Maryland on April 21, 2006. She placed as a semi-finalist in the nationally televised pageant, which was won by Tara Conner of Kentucky.

Grissom graduated from the The Webb School in Bell Buckle, TN in 2003, after which she signed with manager Marcia Weissman and lived in New York City and Los Angeles for several months auditioning and working as a model. She came home to continue her education at Middle Tennessee State University as an art major before transferring to study Interior Design. She is currently studying at O’More College of Design alongside Jami Stallings, Miss Indiana USA 2007. Lauren resides in Brentwood, TN where she is roommates with Amy Colley (MissTN 2005). Grissom works as a model and has appeared in 13 music videos, including those for musicians Keith Urban, Jon Bon Jovi, Uncle Kracker, Hank Williams Jr., Randy Travis, and Jake Owen. She has also been seen in Cosmo Girl, Seventeen, Teen Prom, NFocus, and Teen Vogue magazines. She has modeled in NYC, L.A., Chicago, Atlanta, Las Vegas, China, Mexico, and Nashville.

Her other hobbies and interests include painting, knitting, traveling, skeet shooting, snow skiing, and basketball.

In addition to all that great info I was able to track down a modeling shoot video put together by photographer Brandon Oursler featuring Lauren.  The clip is actually more about photography and Brandon but my eyes and attention were fixed squarely on the queen bee from the volunteer state.  Here’s that clip followed by a screen shot:

And here’s that screen capture as promised of Lauren Grissom from season 2 of “You’re Cut Off.” 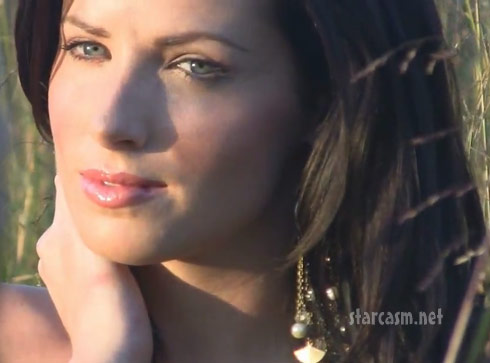 In an exclusive interview with Starcasm for the first season of “You’re Cut Off” show host Laura Baron discussed the difficulties and gratification that came with attempting to help her spoiled rotten ladies.  From the intel I gathered for our first profile of Miss Lauren, it’s going to be more of the same for season 2.  Stay tuned as we work on getting profile posts up for additional cast members of the upcoming season.