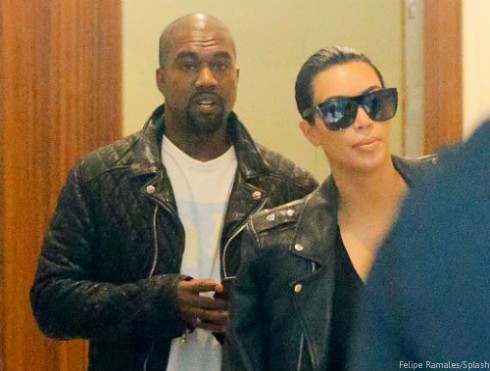 On Saturday, when Kim Kardashian stepped out in New York City in a nude-colored, skin-tight body suit, it seemed like just another daring outfit (shown below). But, now we know she was concealing another growing baby bump beneath it!

The look is especially impressive because second-time moms normally start showing earlier. That doesn’t seem to be the case with Kim…

Kim Kardashian is due in December!

Without any bump in sight, many are wondering when Kim is due with baby No. 2. Sources told TMZ Kim and Kanye conceived in March. With that being the third month of the year, that explains why psychic John Edward told her he saw something with number three during last night’s Keeping Up With the Kardashians.

If Kim got pregnant in March, she’s probably anywhere from 10 to 14 weeks along. That also puts her due date in December, although she had North West a few weeks early, which is usually a good indication of how long subsequent babies will cook. In other words, prepare for Baby West No. 2 in about six months!