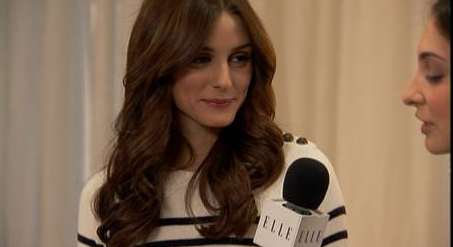 Kelly Cutrone saves another episode of MTV’s The City tonight by going nuts on Olivia Palermo.

Olivia’s “character” is a cold-blooded, entitled socialite b!tch who tries to use her minimal powers at a fashion magazine to squash the cherub-faced Whiteny Port and her apple-pie dreams of being a fashion designer in The City.  Of course, her sabotage plans usually backfire, like last episode when the rest of ELLE’s editor’s simply loved Whitney’s look-book despite Palermo’s snide dismissal of the Whitney Eve collection.

Olivia didn’ t show for an event ELLE arranged for Whitney’s collection, so her (higher-ranking) associate Erin dishes  to Whitney and Kelly Cutrone about Olivia’s true feelings. The scene is typical fluffy-fashion girl speak until Kelly Cutrone livens it by erupting like Eyjafjallajökull and scattering her ashes across Olivia Palermo: