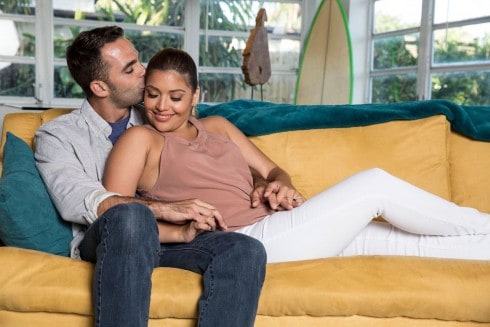 It’s not looking good for the cast of Married at First Sight season 4. When the season ended, two of the three couples decided to stay married: Tom & Lilly and Nick & Sonia. Sadly, Nick and Sonia decided to call it quits after 11 months and announced their separation back in March. Now, it looks as if Tillian may have followed suit.

Check out the official Miami court records below: 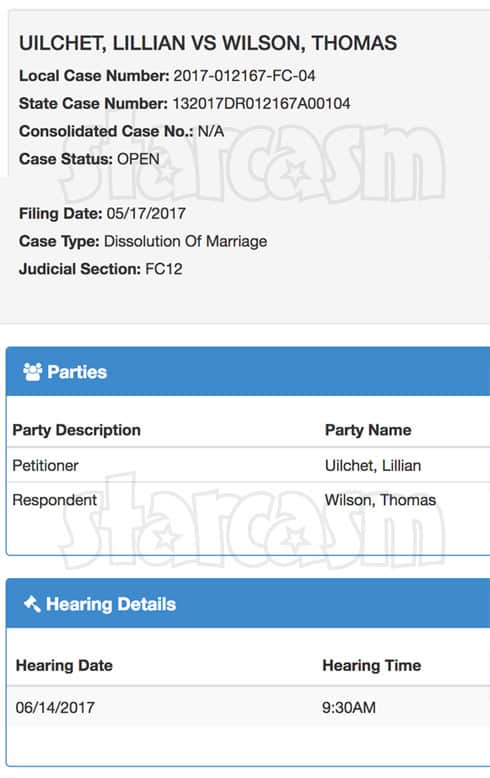 The divorce filing took place on May 17th with a court hearing set for June 14th. The online records also indicate that the $409 court filing fee was split 50/50 between two visa cards.

Based on the location of the filing and the similarity of the names, it’s very possible to be Tom and Lilly from Married at First Sight.

Even though Lilly’s last name is inaccurate on the records, it very closely resembles Vilchez. Uilchet = Vilchez

Could this be a simple penmanship error? After all, it’s a difference of just two letters. Perhaps it’s an intentional misspelling to throw off fans and the media? Sneaky sneaky. (Perhaps they hired Phaedra Parks as a divorce attorney?)

We weren’t able to find anyone in Florida with the name “Lillian Uilchet” nor were we even able to identify “Uilchet” as a legitimate last name. Given these facts, we’re wondering if Tom and Lilly have split.

As we mentioned in the “Where Are They Now” post, things between Tom and Lilly have always been a bit “off” as far as their PDA is concerned. The pair rarely posted photos together on social media and weren’t even following each other on Twitter until recently.

We reached out to both Tom and Lilly for a comment, but weren’t able to confirm the rumor.

UPDATE: After we broke the story of the Miami divorce filing, Tom and Lilly have issued statements that seem to confirm they are splitting up.

When we reached out to Lilly, this is what she had to say: “We would appreciate for everyone to respect our privacy during this difficult time. Tom and I are lucky enough to be able to remain best friends and love each other very much.”

Tom also responded by saying “Lilly and I will be making a statement soon.”

UPDATE – Tom and Lilly have since issued a statement confirming they are getting a divorce.

You can catch new episodes of Married at First Sight season five when it airs on Thursdays at 9/8c on Lifetime.