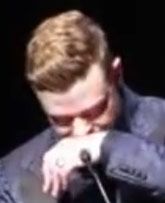 Justin Timberlake was inducted into the Memphis Music Hall of Fame on Saturday. During his impassioned speech, he was moved to tears as he talked about his wife, Jessica Biel. After Jimmy Fallon inducted him, joking that he was "Mrs. Justin Timberlake," it was the for real Mrs. J.T. that had the singer's attention.
Read More... 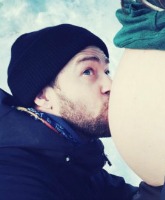