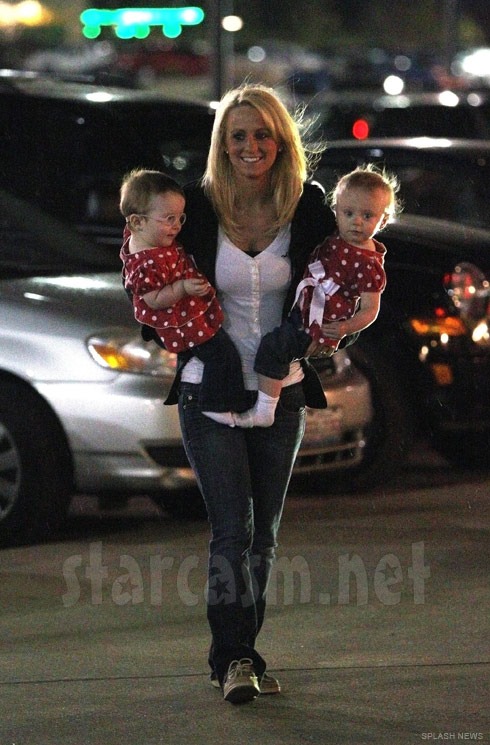 It’s been a tough road for Teen Mom 2’s Leah Messer this past year as she’s had to deal with a breakup with the father of her twin girls and husband of six months Corey Simms while MTV cameras were rolling, and a media firestorm heated up. She’s even appeared on Dr. Oz since the papers were filed, but barely uttered a peep about her relationship with Corey.

Ed. note: This was originally published under the assumption that that this was written in 2011, but it was actually written almost a year ago, a sad foreshadowing of things to come:

A year ago, Leah opened up some of her feelings on Livejournal about her situation with Corey at that time on an entry posted May 5, 2010. She opens by saying she feels”crushed” and feels she can’t trust the men in her life, citing that she is now estranged from her her father, who used to physically and emotionally abuse her.

Is seems Corey, too, has treated her poorly. She addresses “mistakes” she made, some of which were captured by MTV for her 16 & Pregnant episode, where she decided to go back to ex Robby Kidd after giving birth to Corey’s twin girls Aliannah and Aleeah. Even though she admits to making mistakes, she insists “I never lied to you [Corey] not once.” She says, it’s been different for Corey, saying “It was always a girl here, and a girl there,” which implies that Corey may have been cheated on her several times, not just “allegedly” recently.

It should both have been in this together and now we have two beautiful girls that need us the most and need us together and that’s not even going to happen!? You was going out you told me time after time things were going to change, but they never did. I don’t get what I done that was soo wrong. You say your sick of the lies, but honestly I never lied to you not once. Even when I made mistakes I was straight up with you about them and owned up to them! Your the one who lied time after time to me! I didn’t know what else to do or what else to believe. You can’t make me feel guilty I didn’t do anything to feel guilty. I wanted you and my girls and that wasnt good enough for you in the end.

This is heartbreaking. It seemed for a while that these kids were really going to make it work (at least for a lot longer than it actually did.)

Sunday, May 8, Leah posted this as her message on her wall.

I’ll never regret the time I had with you, it what made me, ME! In the end there’s a reason for EVERYTHING !!..

Looks like Leah is taking some of the pain from this difficult experience and using it to learn, and shape her instead of letting it overcome her. She definitely has two lovely girls to help keep her strong.