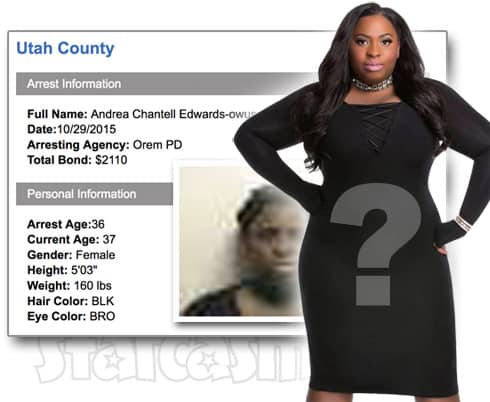 On the inaugural season of WE tv’s Love After Lockup prison romance reality series, viewers got to see single Mormon mother of three Andrea struggle to make things work with her ganguh-banger husband Lamar, who was finally getting released after serving 18 years for armed robbery. But, could it be that Andrea and Lamar had more in common than we thought — as in both of them serving time behind bars?! 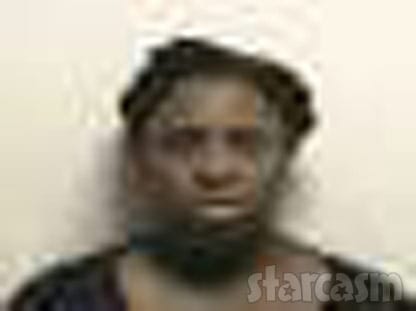 I find it very unlikely that there was another Andrea Chantell Edwards-Owusu living in Utah in 2015, but given the poor quality booking photo, I feel obligated to state that I am not 100% sure it is Andrea from Love After Lockup. I will point out that the woman arrested was 36 years old at the time, which does match up. It also lists her as being 5ft, 3in tall and 160 pounds at the time.

If it does turn out that Andrea is a ganguh-banger who spent some time behind bars, she won’t be the first non-convict half on Love After Lockup to have spent time behind bars. #HotFelon Garrett Tanner’s ex-fiancee Johnna DiGrigoli was also tossed in the hoosegow after she was arrested for DUI in Florida back in 2012.