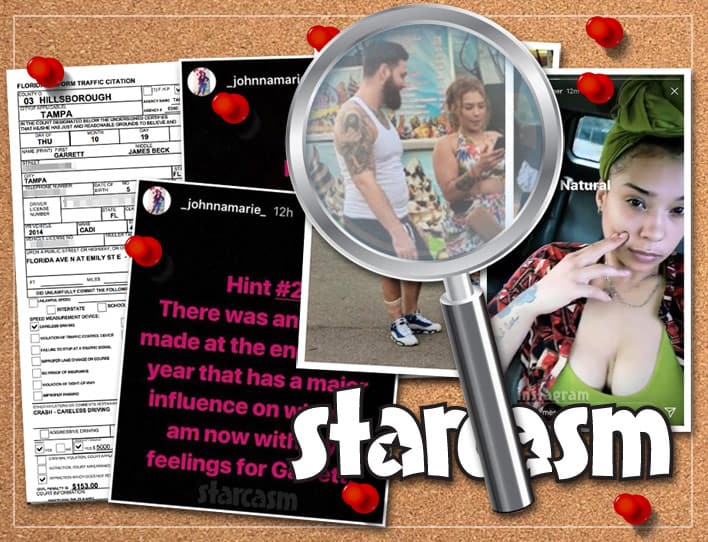 We are nearing the end of the first season of WE tv’s “break out” ? reality series Love After Lockup, and the future of all the couples are still up in the air. Johnna DiGrigoli has been having a little fun on social media by offering up some clues to those who have been openly speculating whether or not she and her #hotfelon fiance Garrett Tanner are still together. So, I figured I would grab my detective hat, virtual magnifying glass, and a box of Scooby Snacks and see if I can’t solve the mystery!

Let me start by saying that all of the circumstantial evidence seems to point to Johnna and Garrett no longer being together. As we previously posted, their wedding venue booking appears to have been canceled, and Johnna has been waaaaay less than kind when speaking about Garrett on social media. Plus, she keeps talking about a major twist(s) coming up in episode 7 that will reveal everything. So, unless she’s pregnant or something along those lines, I can’t imagine what a “twist” would be other than the two of them breaking up for some reason? (Then again, they have been fighting a lot, so I suppose it is possible that a “twist” would be that they start getting along great and live happily ever after.)

Here are some Twitter highlights from Johnna over the last few weeks that don’t seem to scream “happily ever after:”

Together or not I agree with you. He is extremely selfish and has A LOT of growing up to do. The question is am I willing to wait around for a transformation that may never come?

It does effect me because I hate how people think I’m too hard on Garrett when they have NO idea what I’ve dealt with and still deal with. The show can’t show everything and once it’s over I look forward to dropping some knowledge.

FYI… I'm not ignoring anyone. I lost my phone. Also I met @__GarrettMiller last night and he's so much cooler than my Garrett. I fan girled a little. Full disclosure, I might still be a little drunk from last night.

Garrett’s out here asking for a check next to his name on social media. ? Baby the only check your getting is a reality check. You’re not a celebrity. Let’s enjoy our 15 minutes and not get ahead of ourselves.

Don’t feel bad for out growing people who had the chance to grow with you.

Now for some hard “evuhdense!”

There is a photo floating around social media showing Garret with a mystery woman at a Florida fair. Here’s that photo: 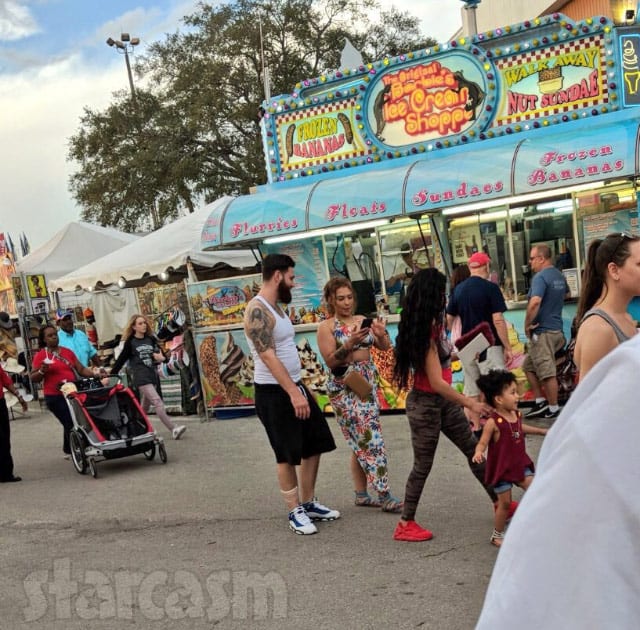 Oh, and there’s a video clip too, in which you can hear a woman clearly state “He better be able to get my bear.” That woman’s voice is clearly not Johnna’s:

Who is telling Garret he better get her bear?? That’s not Johnna’s voice. #loveafterlockup pic.twitter.com/W8GEmPl8tg

Johnna’s response to “His Fair Lady:”

This is my one response to all the questions about the girl at the fair with Garrett. So screenshot it, pass it around other platforms whatever you gotta do but I will not say anything more about it until after episode 7. pic.twitter.com/X0J9CNBw7V

In addition to the fairtograph and video, there is also another screen cap from Garrett’s Instagram feed showing a woman labeled as “Natural.” You will notice that there is a child in a car seat in the back seat: 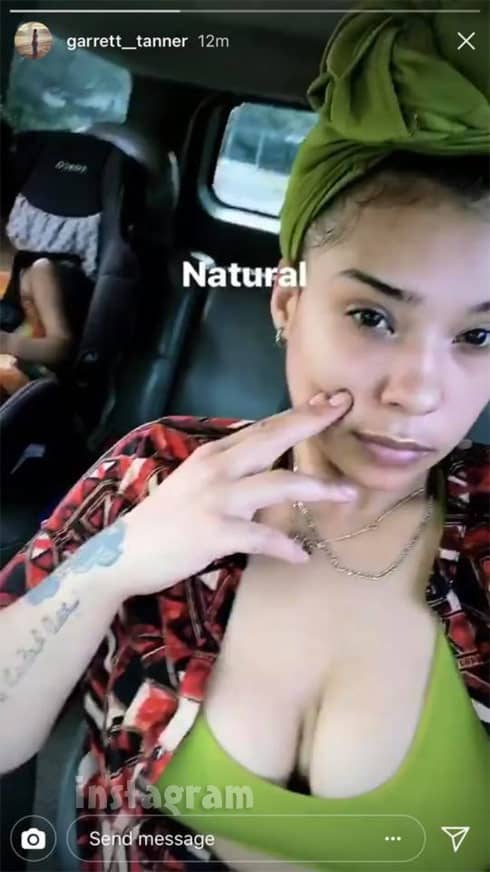 Given Garrett’s fondness for strip clubs, some are wondering if she is an exotic dancer who uses the stage name “Natural.” I’m thinking it was just Garrett’s way of describing her as a natural beauty? Then again, it could be both…or neither. Anyways, here are Johnna’s thoughts on Miss Natural:

I low key want this “natural” girl to pop on Garrett’s story again so I can give her the attention she really deserves. ?

UPDATE – And we got our wish! Well, sort of. “Natural” didn’t “pop on Garrett’s story again,” but Garrett popped on hers. Natural is a strip club bartender named Nelly and she posted a series of Instagram videos earlier today in which Garrett can clearly be seen driving with a young girl in the back seat. Nelly wrote “Lmfao Big kid” on one clip and “The whole day my Schmood” on another: 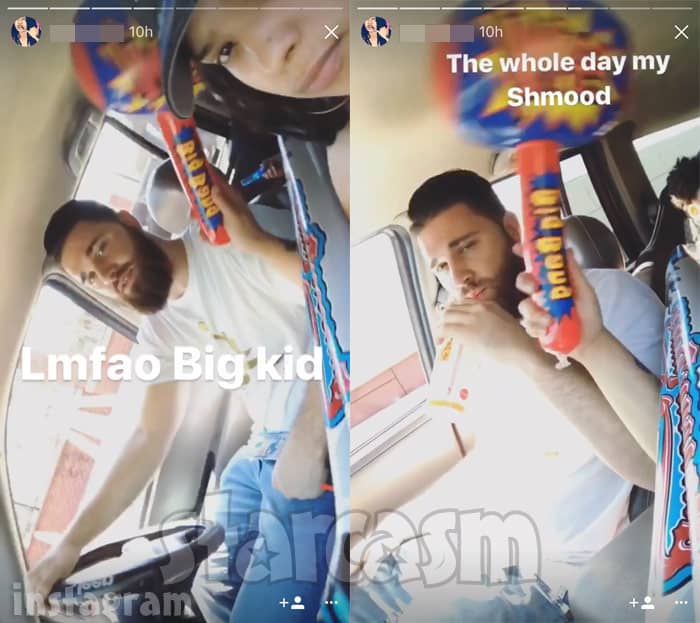 Actually, judging from Nelly’s tattoos, I think it is safe to say that she is the woman at the fair too.

OK, I think the table is all set for Johnna’s clues and for our investigation to begin! Here they are: 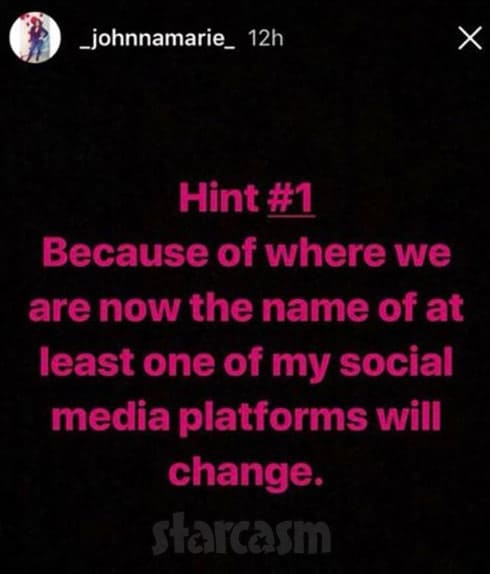 This one seems easy. Johnna built a large online following well before Love After Lockup by chronicling her relationship with Garrett under the “Confessions of a Prison Wife” brand. She had social media accounts under that name, but looks to have deactivated them prior to the show’s premiere. I wasn’t aware of any accounts that she still has active under that name, but it’s very likely there is at least one still out there.

Of course, it could be argued that Johnna is talking about changing her last name on Facebook because she got married and she is now Johnna Tanner. I did some searches and couldn’t find any record of a marriage — although they could have tied the knot in some random county somewhere. I don’t think garrett can travel too far though, right? 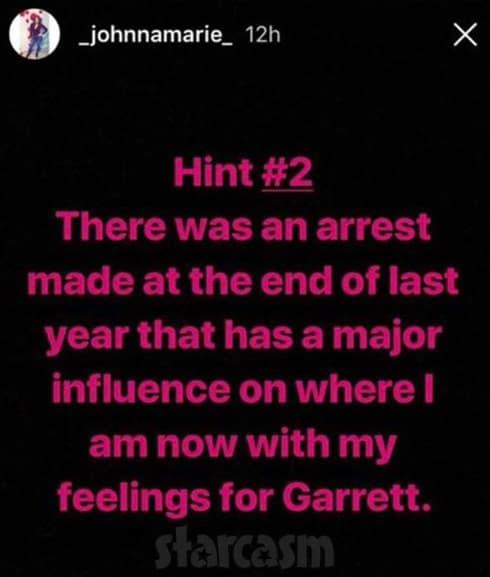 Hmmmm… There is no indication that Garrett was ever arrested late last year. However, he was found guilty of careless driving after an accident on October 19! According to online records, Garrett was involved in a crash that did $5,000 worth of damage — thankfully there were no injuries.

According to the citation, the incident took place on Florida Avenue North near East Emily Street in Tampa. Garrett was traveling north and the time on the report says 5:50PM, which would seem to eliminate the possibility of another all-nighter. There was no mention of Garrett being under the influence of alcohol or any other drug. Also, Garrett was not cited for a hit and run, so I don’t think it was a situation where he was in an accident the night before and got cited later. (I’m not 100% sure on that though.)

I looked up the address on a map and nothing jumped out at me, although it is less than a block from the The Good Samaritan Inn. Just sayin’!

There were two women listed as witnesses, and I was hoping that one of them might turn out to be “Natural” who was perhaps a passenger with Garrett at the time. Unfortunately, there was no smoking gun there as neither of the women look like Natural. Also, both women appear to have occupations other than exotic dancer, so I don’t think Garrett got cold busted ridin’ dirty with a stripper. #wompwomp Then again, the “other woman” wouldn’t have to be a stripper, right? One of the witnesses was 29, the other was 30 if you’re curious.

Even if the witnesses had nothing to do with Garrett, it’s easy to come up with a variety of narratives that would explain why Garrett’s accident might have affected his relationship with Johnna. Maybe he told her he was at work in another part of town? Maybe the location of the accident was near another woman or a friend of Garrett’s that he had promised not to hang out with any more? Maybe the accident happened as Garrett was cat calling the two women? LOL! Who knows?

Of course, it could be that the “arrest” Johnna is referring to has nothing to do with the accident. Perhaps one of Garrett’s buddies was arrested for doing something Garrett assured Johnna he/she wasn’t involved in?

Either way, it is very hard to imagine that there was an arrest late last year that made Johnna want to marry Garrett more. (I also searched for Johnna just in case, but the only arrest I could find is her DUI from 2012.)

According to all of Johnna’s teaser tweets, we will all know a lot more after the new Love After Lockup episode airing this Friday night at 10/9c on WE tv, so don’t miss it!

UPDATE – Johnna has crashed a tanker truck full of hot tea, including a mug shot photo of Nelly and an amazing story about Nelly’s arrest — which is obviously the arrest from Johnna’s “Hint #2.” Click the link for all the tea, plus even more info that we dug up!

On a random side note, does Johnna remind anyone else of Lena Dunham’s character Hannah Horvath in HBO’s Girls, only with a different physical appearance? If that show was still around, I could totally see them working in a plot where Hannah started dating a man in prison! And he would totally be like Garrett and Hannah would totally act like Johnna and it would totally work out about the same — however that turns out to be. 😉