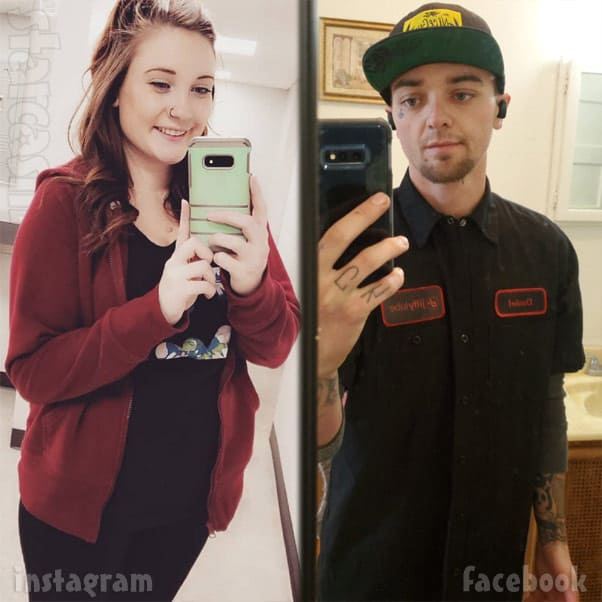 Love After Lockup couple Lizzy and Daniel’s relationship did NOT have a happy ending, and their animosity towards each other continues to play out online months after their break up.

The latest back and forth between the formerly engaged duo was sparked by their appearance on WE tv’s Love After Lockup: Life Goes On series. Lizzy did a little promotion for the episode on Facebook, but she did it at Daniel’s expense. “Love After Lockup fans, don’t forget to tune into Life Goes On on the WE tv app to see how f**ked up, mentally, Daniel really is,” she wrote, adding a couple shrugging emoji.

Lizzy’s Facebook posts found their way to Daniel, despite the fact that he has her blocked, and he was none to happy about it. He posted screen caps of some of Lizzy’s Facebook interactions on his own page and wrote: “F**k this b*tch. Man I swear I am over your sh*t all your [sic] doing is causing drama and you feed off that sh*t f**k off.”

In a separate post Daniel actually threatens to show up at the convenience store where Lizzy works. “This sh*t on Love After Lockup is bs fucj you Lizzy you start drama and wanna f**k with my life …. gtfo here I’ll see you at maverick :)” He continued in the comments: “Bs I’m getting sent sh*t she’s saying like really I don’t even talk sh*t on her or my mental health like f**k you and karma b*tch.”

And then there was this interaction with a commenter in reference to the Life Goes On episode:

COMMENT: I just watched that and well…… seems like just what you said in the video “she’s doing it for show” she wants alll the attention. She talks sh*t because she knows you will see it and then talk about her which just makes her head swell. Pain is caused from lack of attention remember that. ✌?

DANIEL: Thank you done feeding into it every wanna call me a meth head and put me down just cause she knows my story and has something against me everyone will always f**king do that well you know what Lizzy just as low as me. .. if not worse.

I don’t believe Lizzy calls Daniel a meth head during the episode, but that’s pretty much exactly what she stated earlier today on Twitter. The thread began with Lizzy sharing a screen cap of Daniel’s post about showing up where Lizzy works. “If I go missing, just know it was Daniel,” Lizzy tweeted. “Since he thinks he’s tough for threatening to come to my work. ????”

One of Lizzy’s followers responded by revealing that Daniel had done a live stream in which he complained about people assuming he is on meth and he explained that he is bipolar and on prescribed medication. Lizzy replied to the tweet with a string of laughing emoji. “He’s on meth,” she stated flatly. “There’s no way anyone loses that much weight on a medication. Doctors regulate it the best they can.”

Getting back to Daniel and Lizzy’s Life Goes On episode, we’ve got a recap of what the two had to say about doing the show, including some of their regrets, as well as Lizzy revealing that she suffered a miscarriage. 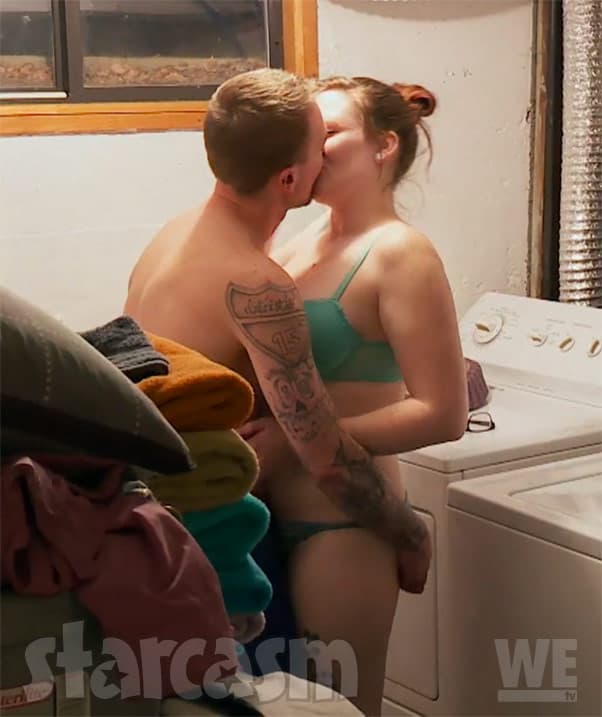 “That was super awkward,” Lizzy says. “I wasn’t prepared for it. My garments don’t match. Like, my bra is a teal and my underwear is some type of, like, darker blue…If I could redo that whole entire scene over it would be in a hotel room, or at least on a bed — something more comfy than cement ground. And I would make sure that I would be wearing matching garments.”

“It was not OK, and it was not everything I hoped for,” Daniel says of his conjugal laundry room visit with Lizzie. “I’ve never f**ked anyone in a laundry room, and that sh*t was weird man. I probably never will [again] — especially in a dirty a** one like that!”

“I wouldn’t say that it was worth the wait,” Lizzy added. “I mean, Daniel’s definitely decent when it comes to having sex but I wouldn’t say he’s the best. So I don’t think waiting two-and-a-half years was necessarily worth it.”

As it turns out, Lizzy may have waited two-and-a-half years for Daniel, but not for sex in general.

Despite Lizzy not telling Daniel, he apparently found out anyway. “I found out when she was pregnant with this other guy’s kid and that didn’t really sit well with me…I didn’t really care to listen to what she had to say. It was just an ongoing kind of thing that ate me up inside.”

Lizzy says she regrets not telling Daniel and says she would have handled it differently if she could do it again.

#LoveAfterLockup Lizzy GOES OFF on Twitter! Get a full recap of all her tweets about whether or not she and Daniel are still together, how she got that scar on her chest, and the real reason she never went to visit Daniel in prison! PLUS MORE!!! ? https://t.co/rYcz9Hym5o

One of the most dramatic scenes between Lizzy and Daniel was when she surprised him with a pregnancy test. As viewers of the show are well aware, the test showed that Lizzy was not pregnant, but that wasn’t the full story.

“So, prior to taking pregnancy test, I was late by a while,” Lizzy says. “I didn’t know if I was pregnant or not.” She talks about taking the pregnancy test while the cameras were around and then there is a cut in the video edit before Lizzy continues. “Well, right before they showed up, I’m pretty sure I miscarried.”

I’m not quite sure how to make sense of this. Lizzy says that she miscarried just before taking the pregnancy test, but that would suggest that perhaps it was Daniel’s baby, right? Plus, Lizzy was smiling throughout the scene after the pregnancy test revealed that she wasn’t pregnant, which doesn’t seem to fit with having just miscarried?

Daniel had an interesting take on the possibility of Lizzy being pregnant. “I hardly ever even used condoms with her, so I don’t understand, like, how she wouldn’t have got pregnant,” he says. “I don’t know. Like, everything is a blur with her. I think she was doing birth control or something, or whatever the f**k — I don’t know. I think was just all just a show just to get the attention. I don’t believe she was ever pregnant, or ever could have been pregnant from me.”

So Daniel doesn’t understand how Lizzy didn’t get pregnant while also saying that he doesn’t believe Lizzy could have gotten pregnant from him?

Lizzy goes on to talk about something else that she didn’t tell Daniel. “Another secret that I really kept from Daniel: I have a benign tumor that sits on the inner lining of my uterus, so I honestly don’t know if I can have children. If Daniel would have known that, he would have been able to express his concern for me and be more sympathetic.”

Lizzy then gets very emotional talking about her miscarriage. “You don’t even realize it until it was too late and, OK, well there goes my child. You know, the one thing that I was going to be able to love unconditionally for the rest of my life, no questions asked. A part of me — a little mini-me, you know? Something that I was able to grow inside of me, which is gone. And you don’t know if you’re ever going to be able to carry another child or even be able to explain how that makes you feel to anybody that’s ever going to understand, because, unless you go through it, you don’t — no one understands.”

To check out Lizzy and Daniel’s full episode of Love After Lockup: Life Goes On, just head over to WEtv.com or download the WE tv app and get to watchin’!