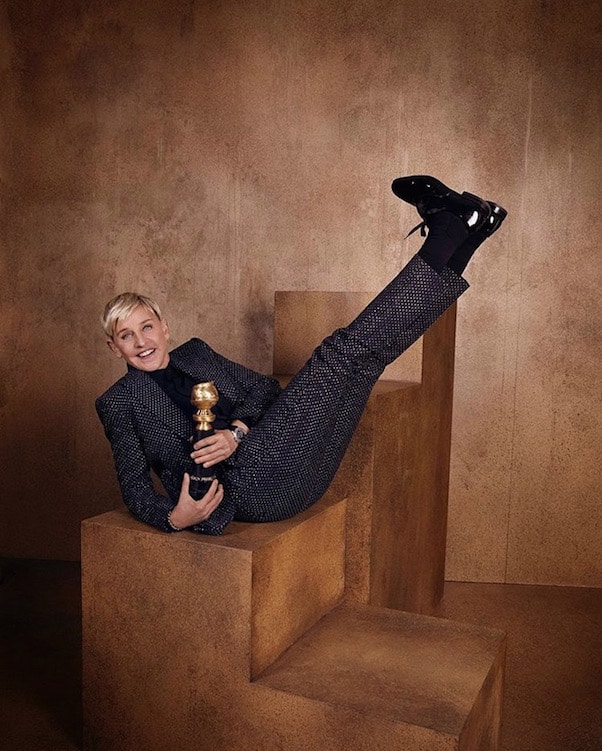 JEZEBEL – Here’s all your Golden Globes 2020 fashion in one place. Last night’s red carpet was notable for being pretty much risk-free, though that’s not to say there weren’t some stunners (Sofia Carson, Karamo Brown, Zoey Deutch, Cho Yeo-jeong) and some questionable decisions (Bel Powley, Anna Paquin, Olivia Coleman). And in case you were wondering, Billy Porter didn’t get a mention under “stunners” because he is a category unto himself

VOX – While there were plenty of Golden Globes losers last night, there was really only one who Hollywood insiders will be talking about today: that’d be Netflix, who once again managed the stupendous feat of dozens of nominations and zero major wins. (Side note: After seeing a few preamble clips of The Irishman during the show I was reminded once again of the movie’s uncanny valley anti-aging CGI — the #1 reason I haven’t even bothered trying to watch it.)

CELEBITCHY – This is the best Golden Globes 2020 headline

LAINEY GOSSIP – Did Kerry Washington pull off the Golden Globes’ most daring and confident look? Or is this just a hot mess literally held together by some sort of jacket-and-rope combination?

GO FUG YOURSELF – Here’s a fun flashback to the Golden Globes 2010 ceremony, which was dominated by Sandra Bullock (looking great in purple), Avatar (seriously, does anyone care about the Avatar sequels?), and you flipping through this slideshow and going “Oh yeah, I remember that guy!”

REALITY TEA – Margaret Josephs is still “frightened” by the memory of her fight with Danielle Staub in the most recent RHONJ episode, which culminated with Danielle giving Margaret a pretty strong ponytail tug

THE BLAST – Lisa Vanderpump’s restaurant suffered patio trauma after a Ferrari crashed into it while partially succeeding in making a left-hand turn out front on Saturday afternoon. Other than the driver’s dignity, no one was injured