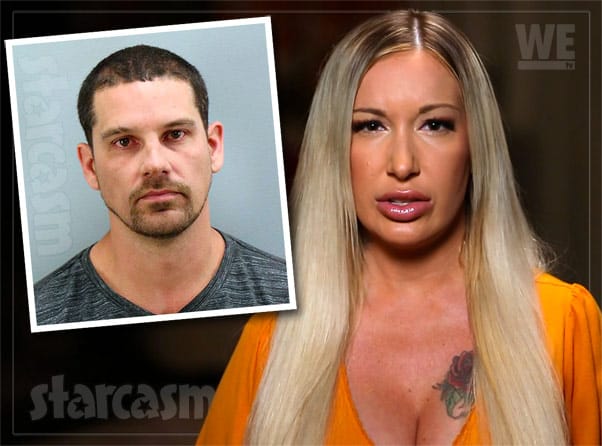 We have an update for fans of Love After Lockup: Life After Lockup who just watched the Season finale earlier tonight. Lacey’s ex John (aka Chon) may be waiting a while for his next shot at winning Lacey back because according to jail records, he is currently behind bars yet again.

The last time we checked in on John was October 27, the same day that he was booked for Driving While Intoxicated for the second time in less than three months. It appears that he was able to bond out, but is currently back in Virginia Beach Jail after a probation violation on January 30.

I looked through court records and jail records, and it’s a little difficult to get a clear picture of exactly what is (or was) happening with John’s numerous charges. Virginia Beach District Court records indicate that John pleaded guilty to the DWI charge from August on December 6 and was given a 345-day suspended jail sentence plus 24 months of probation.

There was a contested hearing on the October charges on January 29, and prosecutors decided not to prosecute.

The day after the contested hearing for the second DWI arrest was the probation violation charge, so perhaps that was part of some sort of deal? I honestly cannot say. I will continue to try to get more information, but courts and police departments are running with skeleton crews during the coronavirus pandemic, and answering records requests continues to gets pushed down the list of priorities — which is as it should be.

As far as his most recent probation violation charge, court records indicate that his probation revocation hearing scheduled for earlier this week was continued until April 21.

The Virginia Beach Jail website indicates that John is being held with “NO BOND PERMITTED (UNBONDABLE),” but that was also his classification when he was booked on October 27, but it states that he was “RELEASED ON UNSECURED BOND,PTA,CONDITIONS OF RELEASE” later that day.

Regardless, there are multiple sites that confirm that John is currently incarcerated, and it doesn’t appear that he will be getting out any time soon.

Here are a few tweets with links to our previous stories about John:

The new season of #LoveAfterLockup features yet another love triangle! So which convict does cam girl Lacey choose? Is it John? Is it Shane? Is it neither? Find out! #SPOILERS Premieres Friday night at 9/8c on @WEtv! https://t.co/YQtUF0EDI0

It's a good thing that #LoveAfterLockup star @italianqueen757 had a backup plan because her fiance John was arrested again in August on a felony drug charge. https://t.co/k1gqG36cf9

#LoveAfterLockup cam girl Lacey's fiance John was arrested earlier today and charged with DWI – his second arrest since his release featured on the show. Get details on his arrests, including Lacey's other convicted felon fiance Shane's gloating response! https://t.co/wdNh60HVVF