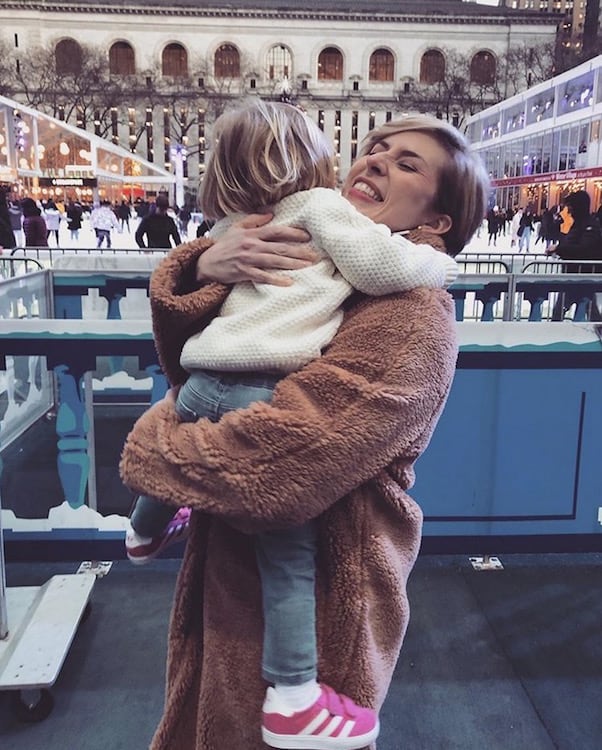 Home Town star Erin Napier just revealed a shocking potential coronavirus diagnosis. But the HGTV fixture’s health update also came with a surprising twist: unlike most other celebrity COVID-19 diagnoses, the Erin Napier coronavirus may have already come and gone. Based on the timeline Erin offered, she could turn out to be one of the first US citizens to both contract and recover from coronavirus — that is, if testing becomes widespread enough for Erin to find out whether she ever had the virus in the first place.

The coronavirus pandemic had already forced a significant change in Erin and Ben’s plans. The couple was set to finish filming Home Town season four, then reveal the location of their 2020 Home Town takeover. Obviously, both have been postponed for the foreseeable future. But what was even more shocking was the reveal, late last night, of the potential Erin Napier coronavirus diagnosis stemming from her and Ben’s visit to New York to promote Home Town this past January.

Before we share the full text of Erin’s update, we should point out that the first known case of coronavirus in the United States was in Washington state on January 20. The first known case in New York state didn’t occur until March 1st, and the first case in Erin’s native Mississippi wasn’t discovered until March 12. But, both Erin’s post and regular coverage of the worsening pandemic make clear, the lack of available testing in the US means we still don’t have a good idea of how many people carry the virus, how long the virus may have been present, or how many people may have already gotten sick and recovered.

With that in mind, here’s the Erin Napier coronavirus update in full, which Erin first shared on her Instagram page: 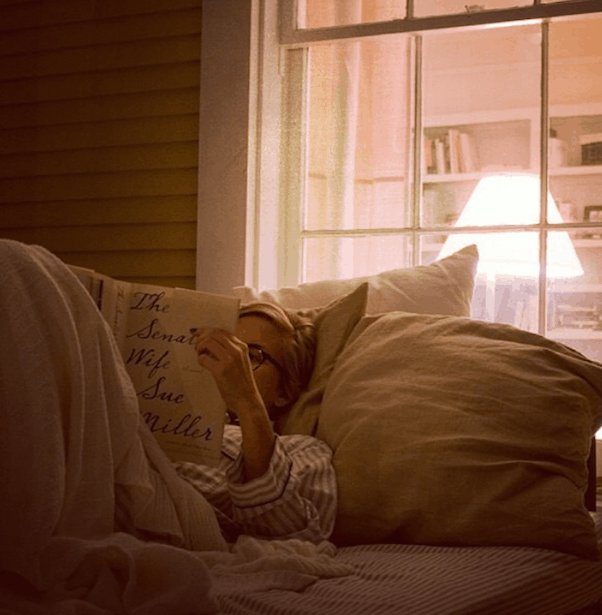 I’ve been hesitant to share this because I worried it might cause alarm, but the more I’ve considered it, I think it’s something worth discussing so we can hopefully raise the alarm for the importance of IMMEDIATE serological testing for COVID-19. In January, we went to NYC for our appearance on the Today show. We returned to Laurel on January 9. On January 20, I woke up early with some GI issues. I went in to work because I felt mostly normal. By 5 pm, I noticed I kept getting chills and checked my temperature and it was 100. I took some Aleve and the fever dropped and I went on about my business. I wrote in my journal a couple days later: “I feel like I have a cold, but not really. It’s like a half-cold. No congestion, but I can’t stop coughing. Still have low fever.” On February 2, I texted my friend who is a doctor. Swipe to see that message. I tested negative for the flu that day even though I continued to run low fever off and on, about every other day, for weeks. No medicine helped control my coughing, and it wasn’t a productive cough. On February 7 I went back to the doctor because my fatigue wasn’t improving and they did bloodwork. They told me “Everything looks pretty normal. Just a viral thing, most likely.” By February 20, my symptoms resolved and I’ve been fine since. Helen and my mother (64 years old) caught it and had similar symptoms. They’re both fine now. Ben and my dad never caught it. A few days ago my doctor friend reviewed that bloodwork again and says my low lymphocytes, denoting “the viral thing,” could have been a result of COVID-19, though there is no way to know until serological testing is released widespread to see how much of the population has caught it and recovered without ever being tested during the illness. I pray this test happens soon so we know more about this disease and how it’s spreading. I wonder how many of us already encountered it and beat it unknowingly? Regardless, I wish I didn’t see so many cars in the parking lots and entire families going inside stores to buy groceries. Please, please. Keep your families at home. Let one person go in and out as quickly as possible.

And here’s the screenshot the texts Erin mentioned between herself and her doctor-friend: 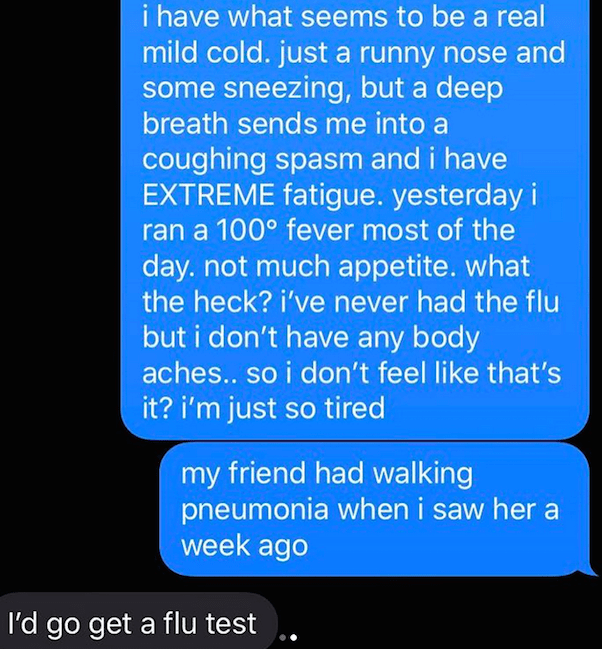 As Erin also pointed out on Twitter, if she did indeed have COVID-19, she’s more than willing to help out with a vaccine. “If I have the antibodies,” Erin wrote, “I could give blood and plasma to help those in critical condition.” Again, though, Erin’s ability to do that depends on being tested for the virus, something that isn’t likely to happen anytime soon given the severe shortage of tests in this country.

The good news, at least, is that Erin, her mother, and her daughter have all recovered from whatever illness got hold of them. New episodes of Home Town Season Four will air Monday nights at nine o’clock through May 11, by which point the world will hopefully be through the worst of this.