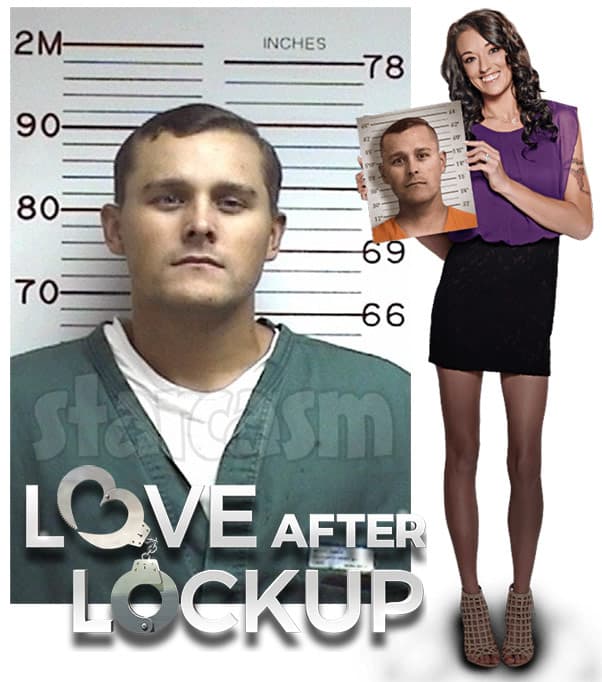 Love After Lockup star Cheryl couldn’t be more proud of her incarcerated bank robbing boyfriend Josh. When Cheryl’s sister Lacy, who works as a Texas corrections officer, asks Cheryl if she was worried that Josh might steal from her “if he’s really desperate,” Cheryl dismissed the concern summarily. “No. He’s stolen from the community. He’s stolen from drug dealers. He don’t steal from people he loves, he steals from the people he thinks deserves it,” she explains.

Well, it seems like Cheryl’s list of Josh theft victims might be extended to include pizza parlor owners, farmers, and neighboring mobile home dwellers! According to an August, 2013 Pueblo County Sheriff’s Office press release, soon after Josh (full name Joshua Hyatt) was arrested for robbing a local bank at gunpoint, he and the gun he used were tied to several other crimes.

In addition to Josh and his bank robbing accomplice stealing two vehicles for their heist, Josh was also believed to be responsible for an armed robbery of a Little Caesars pizza parlor. Plus, the gun he allegedly used for both of those crimes was tied to a mobile home burglary. According to the police release, Joshua was a Little Caesars employee and lived in the mobile home park where the burglary took place.

August 14, 2013: Pueblo County Sheriff’s Office Investigations Unit has linked a Burglary, Robbery, and Auto-Theft to 25-year-old bank robbery suspect Joshua Hyatt. Hyatt, along with 28-year-old Michael Givan, is being held in Bent County Detention facility on armed robbery charges for the June 28th armed robbery of McClave State Bank. Prowers County deputies took the two into custody after a short pursuit the day of the robbery. They were apprehended in a Ford pick-up that had been reported stolen from a farm on 38th Lane the night before. Also stolen from the 38th Lane property was a Ford Taurus. Both vehicles were recovered close to the McClave State Bank.

Two weeks before, on June 8th at 9:30 PM Little Caesar’s Pizza in Blende was robbed at gun point. The suspect, described as a very tall, thinly built man pointed a handgun at an employee and demanded money from both the safe and the register. Over a dozen interviews were conducted and two search warrants were served in connection to this case. It was determined that Joshua Hyatt, an employee of Little Caesar’s Franchise, was the primary suspect in the robbery. The gun used in that robbery was later tied to a May burglary at a home in the Oakwood Estate Mobile Home Park. At the time, Hyatt had been renting a home in the park.

Yesterday afternoon Pueblo County Sheriff’s Office detectives served $250,000 warrants on Givan and Hyatt. Hyatt is charged with Felony aggravated motor vehicle theft and felony theft while Givan is charged with felony theft. Today, Pueblo County detectives have served an additional $250,000 warrant on Hyatt for the aggravated robbery of Little Caesar’s Pizza on June 8th. Additional charges for both men may still be pending.

Sheriff Kirk M. Taylor credits the hard work of the investigations unit and the willingness of citizens to work with detectives for the resolution of these cases. “A hard working Pueblo County farmer, a young man who had a gun aimed at his face, and a small business owner dedicated to our community, those are the victims here. We have easily spent over 100 man hours on this particular suspect. Our detectives are glad to bring some closure to these people and these cases.”

The men will likely remain in Bent County Detention facility and be advised of their Pueblo County charges via video advisement.

If you’re curious about the bank heist, Cheryl revealed on the Love After Lockup premiere that Josh wore a long blonde wig when he entered the bank and robbed it at gunpoint. According to local news reports, Josh hopped in the stolen Ford Taurus driven by Michael Givan and the two were able to successfully escape.

The Taurus was found abandoned just a few miles from the bank, but Josh and Michael were in the stolen Ford pick-up when police attempted to pull them over less than an hour after the bank robbery. Josh and Michael led police on a high-speed chase for approximately six miles before both abandoned the vehicle on foot. They were arrested shortly thereafter.

Josh was eventually sentenced to 12 years in prison, as it reveals on the show.

To follow along with Cheryl, Josh, and Tony the Clown, be sure to tune in to new episodes of Love After Lockup airing Friday nights at 9/8c on WE tv!